The police taskforce implementing the curfew order by the Gambia Government on Sunday arrested fourteen (14) people and handed them over to the Kairaba Police Station.

These people were arrested in Jeshwang and Babung Fatty junction in the Kanifing Municipality. One of the arrestees was a shopkeeper found selling after 10 pm.

So far, the police have arrested over a hundred people countrywide as they continue with their campaign, Operation Save our Souls. 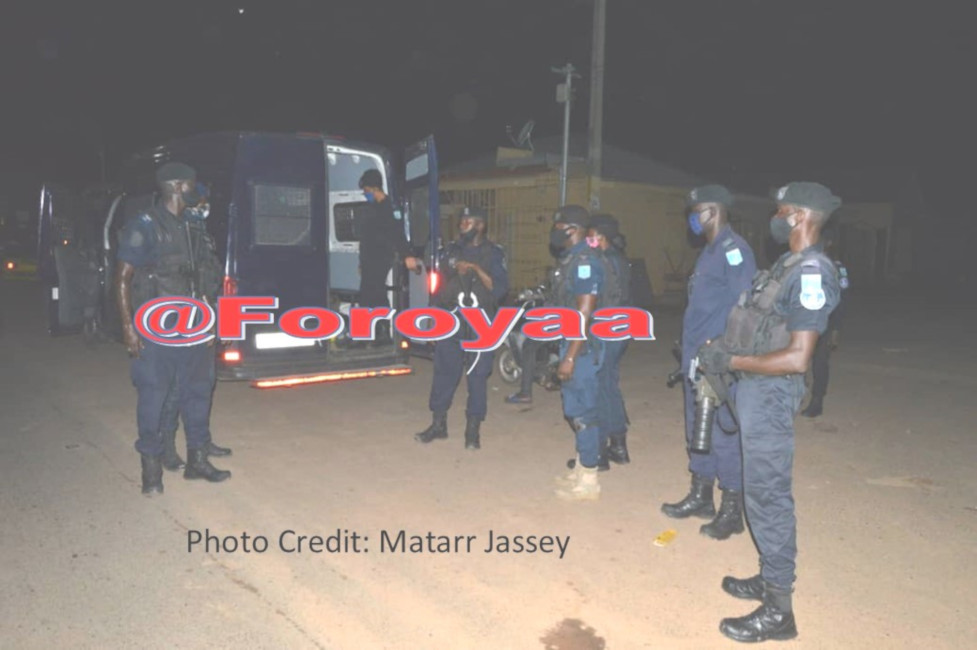 The Gambia Government on Wednesday, 12th August 2020 declared a curfew throughout the country as a measure to curb the spread of the coronavirus in the country. Of recent, The Republic of The Gambia has been recording a surge in the number of confirmed COVID-19 cases. The Vice President, some cabinet ministers and health workers among others have been confirmed positive of the virus. 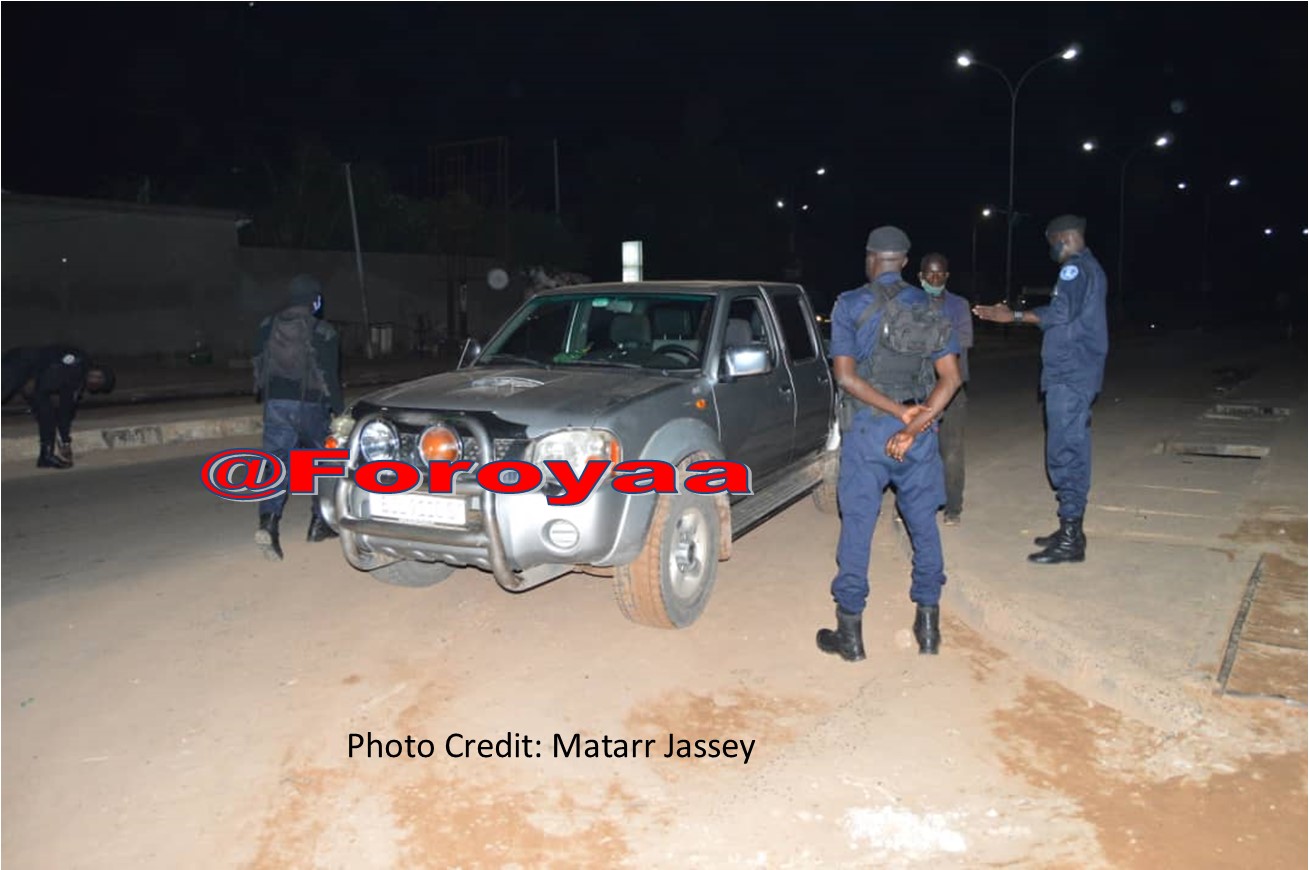 The outbreak of the virus necessitated the Gambia Government to formulate regulations such as the closure of all borders, the mandatory use of facemasks, the ban on all social gatherings and the regulation of the mosques, churches, markets and other businesses.

Our reporters were moving around the Kanifing Municipality and they observed that the compliance rate was very high. 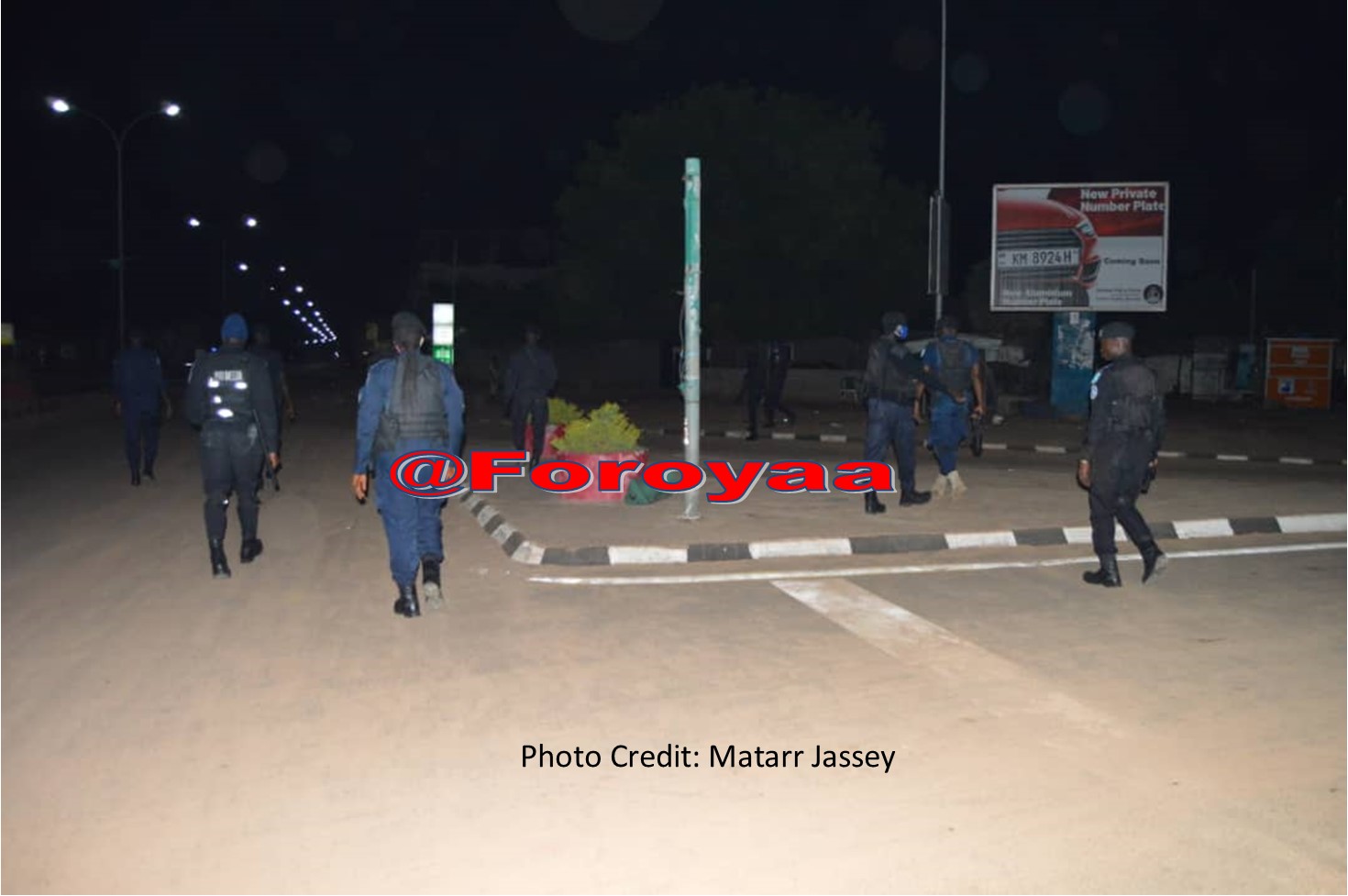 The streets were all empty with little or no movement of people. The police, both the taskforce members and the Anti-Crime Unit were seen going inside town chasing boys to get in to their homes while effecting some arrests. The paramilitary were also in action and they were also patrolling the streets.

Interestingly, the police were driving in high speed with some of the vehicle doors open.

Foroyaa is monitoring the situation and will provide you reports of the activities of the police on how they operate during this curfew.