The leadership of the People’s Democratic Organisation for Independence and Socialism (PDOIS) have challenged the youth and women to fight for system change and to take charge of the country and fight against the ever-existing poverty in The Gambia.

Halifa Sallah, the Secretary-General of PDOIS said the purpose of the gathering was to enlighten the youth and women to take charge of their country and to continue to fight for system change which is a principle which PDOIS has interminably stood for since its formation. He said PDOIS was established to end tyranny and poverty and ensure that Gambians live in liberty, dignity and prosperity.

“We are on our way out and you (the youths) are on your way in, we will live you with a legacy which will earn you true liberation by knowledge,” he said.

Sallah said leaders are people who are ready to die for others to live.

“We are not here to mislead you. We want to empower you so that no one will enslave you,” he said.

He said: “So today, those who love the Gambia will not care about the origin of the person, the gender of the person and the age of the person. A leader must be a person who can deliver – that is what we need.”

He added: “If I see any such leadership, I will be the first to support them so that we will get rid of poverty in our country,” he said.

Speaking to the youths, the member for Serrekunda said: “what type of Gambia do you want? If you want the new Gambia you must be a new Gambian and we are here to help you to be a new Gambian.”

He said a true Gambian will be a servant of the people and will see the presidency, National Assembly, Council as positions of service.

He told the youth and women that deception is no longer possible in The Gambia.

He said knowledge is the basis of our survival, adding that the youths should not be imitators but innovators.

He said if any political party brings liberty, dignity and prosperity he will withdraw from politics and make whatever contribution is necessary to document that policy – that program.

Honourable Ousman Sillah, member for Banjul North enjoined the youth to take up the lead to ensure that there is a system change. Hon. Sillah said the youths are faced with unemployment among other problems which according to him could be addressed with a change in system of governance. 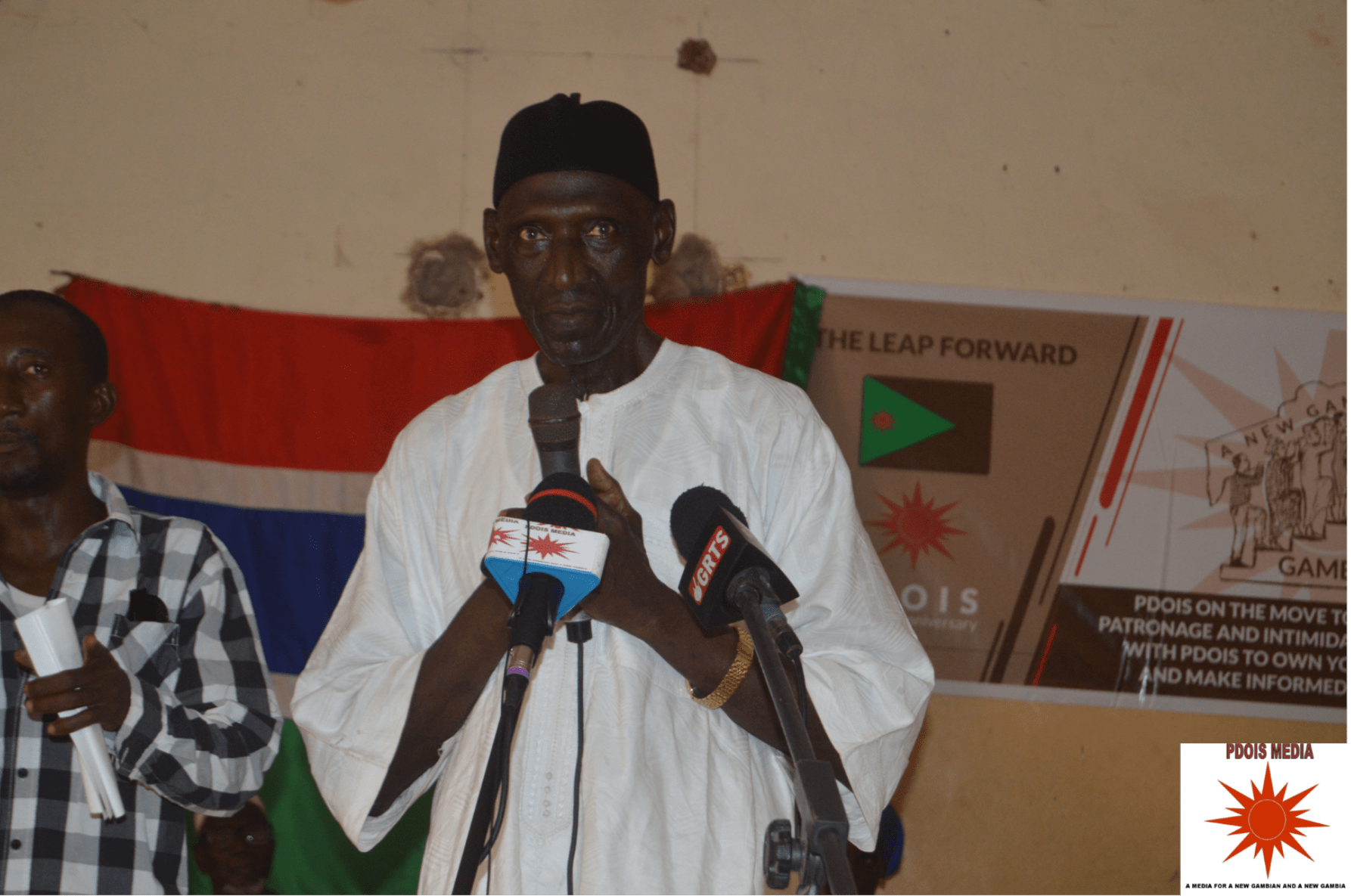 Sidia S. Jatta, the Member for Wuli West said PDOIS was established to bring about a change of system in pursuit of defeating poverty. He said the system is required to change and that is what PDOIS stand for. He charged the youth and women wing of his party to continue with the struggle to bring about a system change.

On her part, Amie Sillah-Sarr, the head of the Bureau of Women of the party, said the participation of women in bringing about a system change cannot be overemphasized. The women’s rights activists said women’s contribution in bringing about development of a nation-state is very immense and therefore, she challenged the women to be on the frontline in bringing about a system change wherein people will live in liberty, dignity and prosperity. She said PDOIS since its formation: has always fought for a change in the system, adding that the struggle continues. She said the youth should be enlightened to be the architect of their destiny and therefore, system change is what is required to bring the desired progress the Gambians desire.