UDP’s STATEMENT ON THE SEIZURE OF DRUGS AT THE KEUR AYIB: GAMBIA-SENEGAL BORDER POST

The United Democratic Party views with alarm and despair the frequent reports of interceptions and seizures of large quantities...
Read more

The Gambia’s President Adama Barrow has freed some 57 prisoners, a press release from the Ministry of Justice issued...
Read more

Government through the Ministry of Finance has reduced the excise tax on domestic alcoholic beverages from 75% to 35%.

The reduction came after a parliamentary decision to reduce excise tax on alcoholic beverages at an Extra-Ordinary Parliamentary Session held on the 29th of July 2019, at the 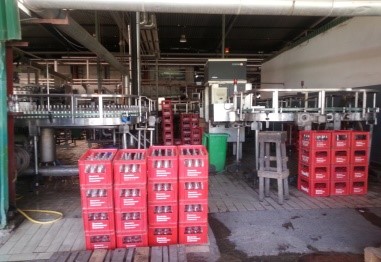 Borri Darboe the Country Sales and Marketing Manager at the Banjul Breweries Ltd., said the 35% that has been approved by Parliament is still on the high side considering that Banjul Breweries is a private manufacturing Company and needs to invest to keep its facilities in shape at all times, and to be able to continue to provide quality and maintain standards. ‘‘Having incurred a significant loss already, the 35% levy at this crucial time is still high, but we will continue to manage with it until there is a significant improvement on the rate, hoping that Government will consider reducing it further, to help sustain the industry,’’ he said.

The Marketing Manager said they may not be able to bring back all the staff who were laid off, because the 35% rate is still steep. He said the management of Banjul Breweries is aware of their situation and will consider bringing back some of them.

“As stated by the government through the Ministry of Finance, the revised rate begins on the 1st of August 2019. Maintaining our numerous customer base is our priority, but the choice of an individual is not measured by the Company,’’ he said; that they hope to activate their actions to give them an edge against stiff competition from products brought outside of the country from across ‘our’ borders.

‘‘Management acknowledged the support and contribution made by all especially the staff of Banjul Breweries Limited (BBL), the Select Committee of the NA on Trade, National Assembly Members, the citizenry and the Government of the Gambia, in resolving the excise tax saga we were entangled in,’’ he concluded.

If readers can recall, Government increased excise tax to 75% on all alcoholic beverages which was disclosed by the Finance Minister during his 2019 budget speech which affected Banjul Breweries Limited. The Management of the company called on Government to reconsider the tax levied on them because they cannot afford it. In June 2019, the Company stopped production and started laying off staff and were about to close the Company.

The staff who were scared of losing their jobs, held several protests and demanded Government to listen to their voices and reconsider their decision.

UDP’s STATEMENT ON THE SEIZURE OF DRUGS AT THE KEUR AYIB: GAMBIA-SENEGAL BORDER POST

By Nelson Manneh Health authorities have over the weekend indicated that twenty-two thousand, eight hundred and thirty-three (22,833) people have been vaccinated against COVID-19 as...
Read more

By: Kebba AF Touray Mr Emmanuel Joof, the Chairperson of the National Human Rights Commission (NHRC), has told the national assembly that the 50 plus...
Read more
FOROYAA Newspaper is your premier Gambian community portal delivering news on politics, legal affairs and more. We provide you with the latest breaking news and videos straight from The Gambia and the rest of the world.