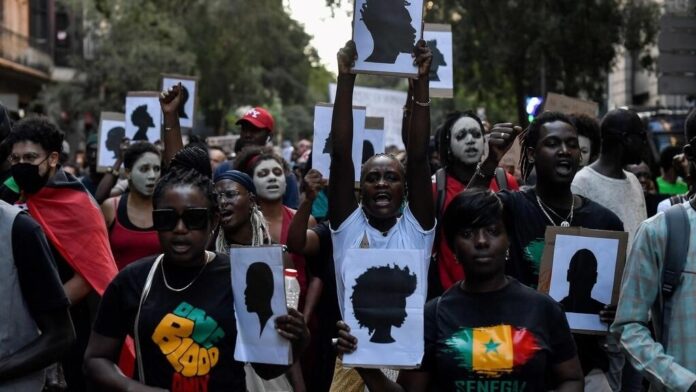 The ministry of foreign affairs has disclosed to this medium that no Gambian migrant is yet to be confirmed among the migrants processedin Spain, following reports that Morocco’s security forces used “unjustified” violence against African migrants trying to force their way through a border fence between the North African country and the Spanish enclave of Melilla.

The incident occurred on Sunday 26th June 2022 when about 2000 migrants marched to the Morocco border to cross to Spain. The migrants clashed with border police as they attempted to climb the border fence that collapsed under them causing many to lose their lives

The incident had led to the death of 23 migrants, according to Morocco on Friday, June 24, 2022.  Footages making the rounds on social media showed migrants left trapped on the ground, some bleeding and lying emotionlessly.

Musa Drammeh, the Directorate of Diaspora and Migration at the foreign affairs ministry, told Foroyaa that the Gambian Ambassador in Madrid, who spoke to the Spanish Deputy Director of Immigrations, Mrs. Elena Garzon Otamendi, confirmed that the migrants they screened were not Gambians.

“According to her (Mrs. Elena Garzon Otamendi), those who were processed claimed to come from Nigeria, Chad, Niger, and Sudan,” Drammeh said.

He said that the Spanish deputy director of immigrations has promised to provide more information about the migrants they are processing.

Drammehalso said they have requested from the Moroccan authorities to give them access to those that are currently detained and hospitalized so that their nationalities can be ascertained.

“This is the only way it could be confirmed; how many Gambians that were involved and what their fate are,” he said.

Meanwhile, the Ministry of Foreign Affairs, International Cooperation and Gambians Abroad also disclosed that the Gambia High Commission in Dakar is monitoring the boat that caught fire in Kafountine-Casamance, southern Senegal.

“The mission has been written to share a report with Capital following their engagement with relevant Senegalese authorities about the fate of Gambians involved,” Drammeh said. 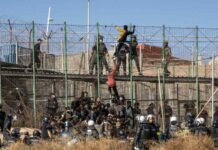