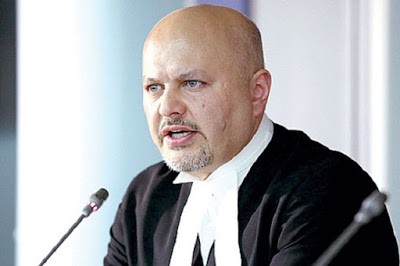 A swearing-in Ceremony for the new Prosecutor of the International Criminal Court (“ICC” or the “Court”), Mr Karim Asad Ahmad Khan QC, will be held on Wednesday 16 June 2021, at 11:00 CEST in Courtroom I at the Seat of the Court in The Hague, The Netherlands. Mr Khan, a national of the United Kingdom of Great Britain and Northern Ireland, was elected as ICC Prosecutor on 12 February 2021, for a nine-year term, at the second resumed nineteenth session of the Assembly of States Parties to the Rome Statute (“ASP”) in New York.

Mr Khan will take a public oath of office declaring: “I solemnly undertake that I will perform my duties and exercise my powers as Prosecutor of the International Criminal Court honourably, faithfully, impartially and conscientiously, and that I will respect the confidentiality of investigations and prosecutions”.  H.E. Silvia Fernández de Gurmendi, President of the ASP, and Judge Piotr Hofmański, President of the Court, will also deliver remarks at the Ceremony.

Mr Khan will officially assume the post of the ICC Prosecutor on 16 June 2021.