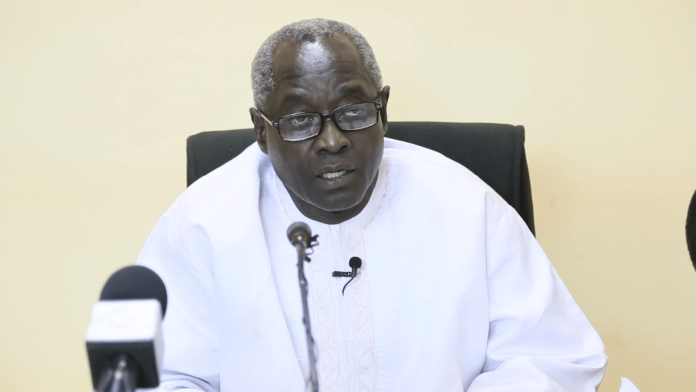 When the worst is seen by a people, be rest assured that better times are around the corner, waiting for those who hate to see the worst to take the measured steps to address the challenges of destiny. Each has a duty to discharge our contract with destiny. The options are two. There is no middle road. We will either live in the hell or the heaven of our own creation. This is the verdict of history and commonsense and it is incontrovertible. This is why COVID-19 is caging the USA and prejudice is burning it into ashes. History has its turns, convulsions and convolutions, its trials and tribulations but it also has its confessions, concessions and conciliations, its dialogue and healings. Hope always dawns when it is almost lost. The might of hope, unity and awareness is much more powerful than the strong current of hopelessness, antipathy and ignorance. The wisdom of the ages teaches that behind the dark clouds the glorious sunlight is always waiting to shine and it will shine someday. That is inevitable!!! The convergence of the whole world for justice because of one incident is a glimmer of hope for a better world.

Millions around the world became tormented as they saw a handcuffed human being lying on his side, unable to pose any threat to any officer, being subjected to excruciating pain by putting the whole weight of a well-built police officer on his neck, with a knee strategically placed on his jugular veins which ferries blood from the head to the heart thus depriving him of breathe by relying on his weakest point to rip his lungs to pieces and send him to his grave. What type of order will allow the transformation of a protector of life and property into a murderer? What property is more precious than personal life and personal freedom? It was not difficult to conclude that brother George Floyd was sent to his death without due process because of pride and prejudice that nourished contempt and ill will in the heart of the law enforcement officer.

Where law enforcers become law breakers, the law is left without guards and fences.

Society becomes a jungle where the fittest survive. People will resort to burning, stoning and looting to vent frustration until it becomes clear that such actions are not sustainable and cannot proffer solutions to the anguish that prejudice, inhumane treatment, alienation and injustice inflict on others.

It is therefore our duty not to provide the unjust with the excuse to legitimise the shooting and torturing of the weak because of their colour by exceeding the bounds of peaceful protest. Those who shook the USA to its knees did so in the 60s through the might of civic awareness and peaceful protest. The belligerent and incorrigible hate mongers became consumed by the hell fire they lit and lost control of power. The peacemakers who took charge of governance assumed their responsibilities in separating the grain from the chaff, apologised for wrong doing while promising justice to the aggrieved families to cool the last embers of hate and revenge and allowed sanity to be restored.

Hence as we seek for a solution in these tumultuous times the multitude should leave the street to COVID 19 and return to their separate chambers to speak to themselves in quietude and ask this fundamental unanswered question: How can there be peace and tranquility, law and order without justice and respect for human rights irrespective of colour or creed?

George Floyd is posing this question for every one in the USA to answer each morning when starting a new day, until a new USA is born.

The USA is now crying for New Citizens and new leadership that could meet the expectations of those new citizens. Destiny makes the USA the nexus of world peoples and civilisation. The Union was founded and built from the blood and sweat of democrats fighting for a sovereign Republic in 1776, abolitionists fighting against those who defied the principle of sovereign equality of human beings, by trying to enslave other human beings, anti-secessionists, 170000 of whom were Afro -American soldiers, who defied disease and death to keep the nation together.

The wealth of the USA cannot be separated from the toil and moil of the enslaved, the indentured servants, the workers, the trillions in trade and investment in USA Bonds from all over the world. The USA is a Corpus of world civilisation without distinction to colour or nationality. That is why when the USA is caged, the whole world feels the agony. When it is in flames, the whole world feels the heat. This is why the USA deserves a world class people and world class leadership in order to send the torch of justice, love, peace and harmony all over the globe where their ancestors hailed either by force against their will or due to flight from injustice perpetrated against them.

To all those who empathise with George Floyd I have this to say: ”He is the sacrificial lamb of history heralding the end of the days of prejudice based on colour.” Today each person of African descent in particular or of any descent in general, whether in the USA, the Caribbean, Africa or anywhere in the globe should dispose of any inferiority complex that may have plagued one’s mind by prejudice and ignorance of one’s embodiment of inalienable dignity and self- worth. Each must recognise that inferiority complex is a byproduct of self-hate and self-degradation. It leads one to engage in self-pity because of the inhumanity of others or become inhumane to react to the inhumanity of others.

Instead of empathy, we should all celebrate the birth of a new day of awakening, a day when we will mutually commit ourselves to honour with total disregard that there is a white race or black race or red race or yellow race. We must now trumpet from mountain tops for the whole world to hear without any ambiguity or dissonance that there is only one race of people in the world – The Human race. To look at the sun and say it is the moon is a symptom of mental ill health. To look at a person of African descent and say that he or she is not part of the human race is a symptom of mental ill health.

A person who expresses fear or anxiety just because of another person’s colour is suffering from neurosis. A person who acts violently against another because of his or her colour is suffering from psychosis. Such people are threat to human civilisation. Anyone who thinks that he or she is more than a human being and another is less than a human being because of his colour is sick. No one should feel discriminated by a person suffering from colour neurosis and psychosis. One should expose his or her ailment and demand state protection from his or her inhumane actions. A state that is incapable of restraining those suffering from colour neurosis and psychosis is an aider and abettor of crimes against humanity. Such a state is a failed state.

All peoples irrespective of colour, nationality, gender or place of origin are members of the human race who are endowed with similar capacity to think, invent and build a civilisation they would be proud to bequeath to their children and children’s children( ad infinitum), to eternity.

We must take this opportunity today to declare in George Lyord’s honour that his humanity and standing as a member of the human race stand shoulder high above his murderer. We must affirm that the human race comprises only two types of human beings, the humane and the inhumane , the just and the unjust. We must reveal our discovery in his memory that any human being who looks at another human being and display signs of fear because of his or her colour is suffering from neurosis and needs treatment for his or her illness. This is the scientific truth.

It goes without saying that, any person who becomes obsessed with fear, hatred, pride and prejudice to the point of enjoying the perpetration of violence against another because of the colour of his or her skin must be seen to be suffering from psychosis. That is the unalloyed scientific truth.

History has placed on the shoulders of all humane and just citizens of the USA in particular and the world over to begin the battle to screen and treat the ill and the unjust in our countries so as to ensure healing and peaceful coexistence. They must no longer be given the credit to think that they are displaying superiority over others by displaying contempt and hate.

The world must put an end to colour prejudice by exposing its source. Those suffering from colour neurosis and psychosis must be identified and cured. The more they are allowed to increase and go on the rampage, the more we have a society of psychopaths behaving like chosen people. Then hell fire will be our home on this earth for eternity.

History has put the salvation of the world in the hands of those who have suffered historical injustice the most , that is still unabated. However history has rewarded the African people with land, Human, material and financial resources in the USA, the Caribbean and Africa due to the vicissitude of destiny. We must now convert this strategic advantages into asset to safe the world from the hatred of people that have lost all sense of obligation to humanity.

Once they learn to forgive after all the psychopaths are restrained and humanised, the twenty first century would evolve a human civilisation that would guarantee peace on earth and good neighbourliness throughout the world . All humane persons in the world must unite to safe humanity from the insanity of the inhumane and the unjust. This is the clarion call of destiny. We must answer to this call or face the abominable peril and the unaffordable cost of chaos, licentiousness and impunity.