According to Robert chambers, rural development is a strategy that enables a specific group of people, poor rural women and men, gain for themselves and their children, more of what they want and need; that it involves helping the poorest among those who seek a livelihood in rural communities, to demand and control more of the benefits of rural development. This group include small scale farmers, tenants and the landless.

Thus, the term rural development may be used to imply any one of the above-mentioned connotations.

To avoid the ineffective floundering among the myriad definitions, we shall define rural development as a process, leading to sustainable improvement in the quality of life of rural people, especially the poor.

According to Lamin Sambou Kinteh, for rural development to be meaningful and realizable, the trinity of development must be present such as electricity, water and rural infrastructural development (roads, industries, schools, health facilities etc.

In the last edition, we brought the attention of readers, the concern of the rural people with regard to road network, to ease their movement of goods and services. The focus of this edition will be on the lack of water in rural Gambia. 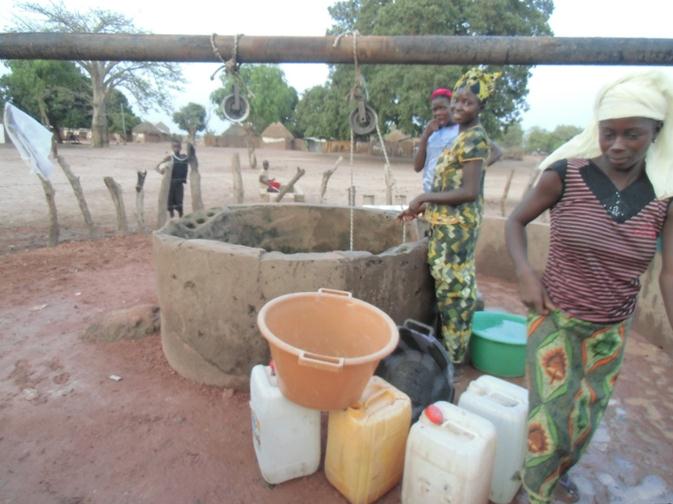 Public Health Scientists have also argued that adequate and safe water is important for human health and well-being, economic production, and sustainable development.

Failure to ensure safety and access to drinking water, Women and young girls, who are the major role-players in accessing and carrying water, would be prevented from doing income-generating work or attending school, as the majority of their days are often spent walking from their village to other villages for their daily water needs.

Lets recap what the president said in his National address to the Nation at the National Assembly in 2017.

“Within the first 100 days of my government, we have made important progress in expanding access to safe drinking water and improved sanitation in rural areas.

On the 9th of April, with a grant from the Saudi Fund for Development, my government signed a contract for the construction of 25 drilled wells, equipped with solar pumps. The contract also provides for 25 elevated water tanks, and associated water distribution systems.  This US$6 million project will improve water supply in rural areas by providing safe drinking water with easy to operate systems.

In March 2017, the Department of Water Resources completed the construction of 950 ventilated improved pit latrines out of a planned 1,000 nationwide. The Ministry is currently installing tanks, laying water pipes and building pre-cast tap stands in various communities across the country.

This is what president Barrow promise to do. However, it apt to state that under the Jammeh administration, they promised that “the steps that the Government will undertake in the area of water and sanitation include provision of safe drinking water supply to all education and health facilities across the country as well as to the entire population of the country”.

Capacity building activities in this area will be carried out to produce more engineers and managers to ensure the realization of the Government’s plans. Special attention will be dedicated to increase equitable access of the entire population in the country and, particularly, in the rural areas, to safe drinking water and sanitation services”.

What percentage of the population have access to clean and safe drinking in the Gambia at the moment? This Columnist will approach the Department of water resources for answers and inform the readers accordingly.