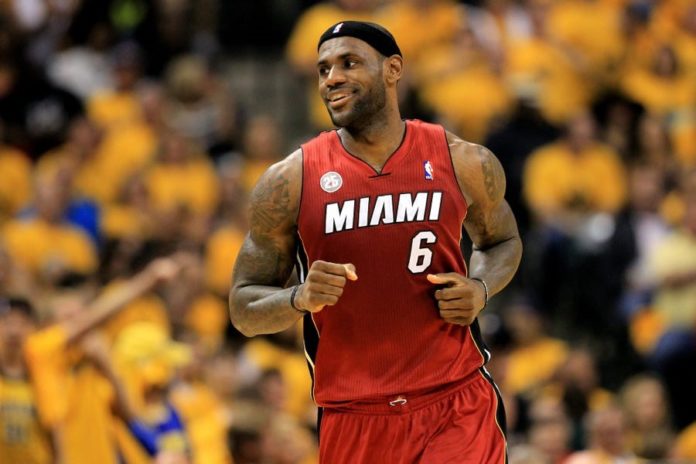 Source Insider.com-LeBron James planned to join the New York Knicks rather than the Miami Heat in the summer of 2010, however opted against the move after a “disaster” meeting with the team’s owners.

James was a free agent in 2010 having ended his first spell with the Cleveland Cavaliers, after which he was contacted by several teams, including the Chicago Bulls, the Los Angeles Clippers, the Miami Heat, and the New York Knicks, according to Fox Sports.

“From everyone I’ve talked to in the know since then, it’s clear that the Knicks were the first choice [for LeBron],” NBA analyst Bill Simmons said speaking on his podcast.

“It was basically the Knicks’ to lose, and they just couldn’t stay out of their own way. The stories are legendary.”

“It just couldn’t have gone worse by all accounts. It was a disaster. I think at that point, combined with the decade the Knicks just had, I think those guys were just like ‘f— it.'”

According to an earlier report from Yahoo Sports’ Adrian Wojnarowski, Dolan handed out copies of his mixtape during meetings when the Knicks were pursuing free agents in 2010, though James was not explicitly mentioned.

“When New York Knicks executives chased free agents in the summer of 2010, owner James Dolan made himself a part of the presentations,” Wojnarowski said he was told by a source.

“He isn’t the most engaging, enchanting man, but Dolan does fancy himself a musician. So, yes, there were player and agent meetings four years ago when Dolan delivered a parting gift on the way out of the room – he passed out copies of his CD.”

James went on to sign for the Miami Heat, announcing the deal in a live television special named “The Decision.”

In four seasons with Miami, James, alongside Dwyane Wade and Chris Bosh, won two NBA titles and was also named the league’s Most Valuable Player twice.