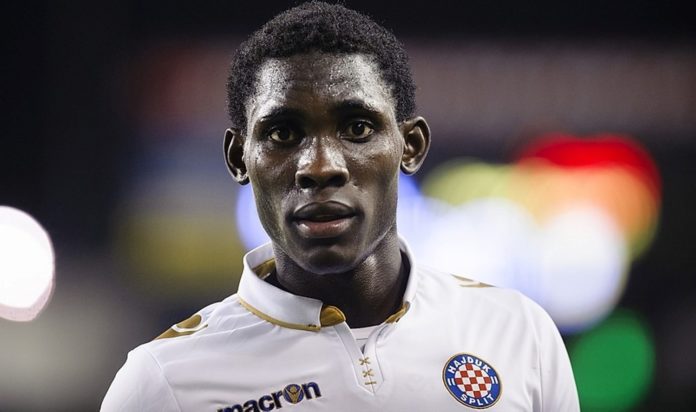 It’s end of the road for the current season for Hamza Barry and a painful exit from Croatian Premier League side Hajduk Split.

The Gambian leaves his club following expiry of his deal, renewed on the orders of Fifa due to the coronavirus hiatus.

Hajduk had hoped the 25-year-old would be crucial for them for reminder of the league outings but will now learn to make do without him after his abrasion over the weekend.

The erstwhile Gambia Ports Authority playmaker was left grimacing in agony as he limped off the pitch having sustained an injury.

He was inevitably missing in his team’s yesterday night duel with Gorrica.

Turkish outfit Fenerbahce have been linked with acquiring the sensation on a free transfer amid suggestion he’s a like-for-like replacement of Arsenal’s Elneny who is at the club there on loan.