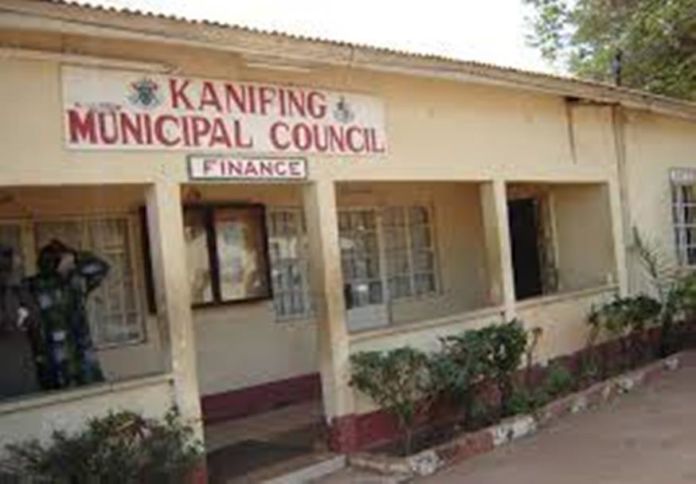 Officials of the Kanifing Municipal Council on Thursday 21st January 2020, sought the support of National Assembly select committee on Lands, Regional Affairs and Ombudsman, to assist the council to get its subvention from the central government.

According to the letter from KMC to the aforesaid committee, they have not been receiving the required subvention from the government since they came into office in 2018.

For this 2021 fiscal year KMC is requesting forty two million twenty nine thousand, one hundred and sixty one dalasi and fifty bututs from the Ministry of local government as their 25% subvention.

“We humbly request for your support to ensure that government pay to council the above sum as law requires,” the letter from KMC stated.

This subvention request from the KMC is in accordance with 2004 local government finance and audit act.

Mrs. Sainabou Martin Sonko Chief Executive Officer of KMC said this has negative impact on their operations and revenue collections and if they are not subvented to undertake certain projects, it is going to be a challenge for them.

“We are requesting this amount so that we can go ahead with our major development projects for the municipality,” KMC CEO said.

She said when they prepared their 2021 budget; the council has already identified certain projects they want to implement.

Sainabou said those projects include roads developments and building a Library for the municipality.

But Mrs. Sonko said government has not given them the required subvention, but the council continued with its developments in their municipality.

Buba Sanyang, Permanent Secretary of the Ministry of lands and local government said: “It appears as if we are not talking to each other, it is rather unfortunate.”

He said the budget that KMC prepared is not based on the 25% the government is supposed to contribute, but based on the council’s revenue.

He said the 25% is a requirement for the government to provide for the council to engage in other activities outside the development project they put in their budget.

PS Sanyang said the 25% is an additional fund from the government on specific projects that will be coordinated by a body to be set up by the government.

“These are laws that are supposed to be obeyed and followed,” he said.

However Sanyang agreed with the council that the central government for number of years has not paid subvention to councils, but was quick to add that have since last year managed to put something in the budget for the councils.

He said this year the 8 councils in the Gambia will be given a subvention of 2 million.

“We are committed, if our budget can serve we will still add more to enable the councils to receive what is required since it is a constitutional requirement, but we will move step by step,” he said.

He continued to say that COVID-19 has equally affected the revenue base of the Central government, but that they will work with the Ministry of Finance to see how to deal with the issue.

Baboucarr Jobe, Director of Economic Policy and Research at the Ministry of Finance and Economic Affairs advised the two parties to put into plan how councils can submit their budgets earlier.

Mr. Jobe said if they have not made a provision then such cannot be given.

He advised them to work in advance in preparing their project.

Musa Amul Nyassi, Chairperson of the committee told the Ministry of Lands and local government and KMC that there should be no communication gaps in their engagements. He told the ministry that they should open up to the councils.

The committees asked the two parties to dialogue between themselves and look for a way forward. However he told the council that if they continued to encounter problems, let them not hesitate to go back to the committee.