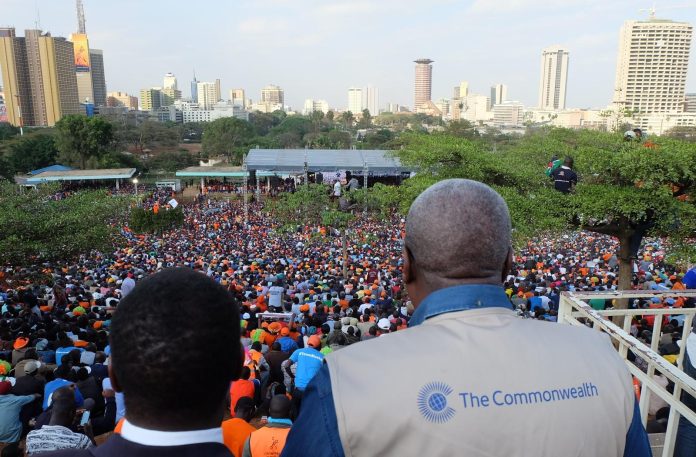 The Commonwealth has announced the appointment of Botswana’s former president Festus Mogae to lead its observer group for Kenya’s upcoming general elections.

The 20-person Group will be in Kenya for the 9 August polls at the invitation of the country’s Independent Electoral and Boundaries Commission. It follows a visit by a Commonwealth pre-election assessment team in April.

“Election observation is an essential component of our efforts to support member countries to strengthen the processes, culture and institutions of democracy, and to enable citizen participation and representation at all levels. I am grateful to President Mogae and all observers for accepting this important assignment, as we continue to promote and protect electoral democracy – and the right of individuals to participate in processes which shape their societies through credible, inclusive and transparent elections – in line with the Commonwealth Charter”.

Ahead of the Group’s arrival, an advance team from the Commonwealth will arrive on 16 July to meet key stakeholders, including the election management body, political parties, civil society groups, media, and other international observers. They will travel across the country to build a comprehensive picture on the conduct of the process and to observe the campaign and the electoral preparations.

The Chair and observers have been given the mandate to observe and consider the factors affecting the credibility of the electoral process as a whole and to judge whether elections have been conducted according to the standards for democratic elections to which Kenya has committed itself, including legislation and relevant regional, Commonwealth and international commitments.

The Commonwealth Observer Group will arrive in Nairobi on 2 August 2022 and will be supported by a team from the Commonwealth Secretariat, led by Deputy Secretary-General Dr Arjoon Suddhoo.

The Commonwealth Observer Group members are: