Alhagie Tambadou, who said he works as an insurance agent, alleged that he was unlawfully assaulted by one Corporal Ahagie Cessay of the Police’s Number Plate Department on 17th July 2020.

According to Tambadou, this alleged assault by Corporal Cessay, led him to lose two of his front teeth, which he showed this reporter. 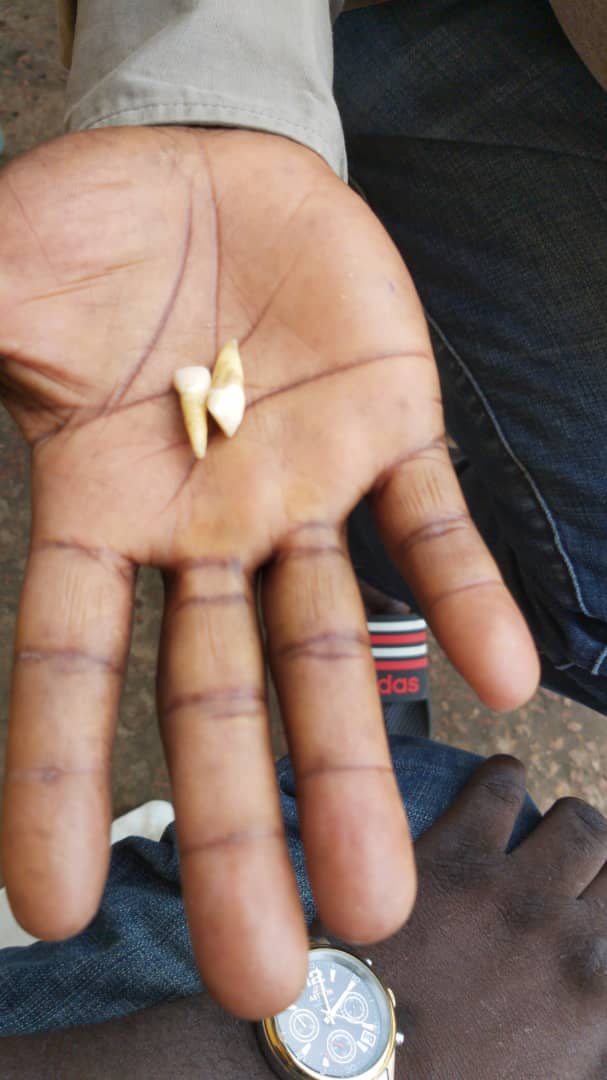 Tambadou said he had an argument with Corporal Cessay when he went to pick up a number plate for a customer at the said Department; that upon his arrival, he found Corporal Cessay processing licensed number plates and decided to sit for his turn, because there were other people waiting.

“When it was my turn, I spoke to Corporal Cessay asking him about my client’s number plate, but he ignored me and refused to give me the number plate,” Tambadou alleged.

Tambadou said one Sally Jarju at the said Department later handed her the number plate after he approached her for assistance; that when he was done and left the Police Headquarters heading home, he was allegedly confronted by Corporal Ceesay who told him to repeat what he said at the Police branch; that he replied to him that he had already said what he wanted and told him (Corporal Ceesay) the following: ‘I think you were not dumb.’ Tambadou said after uttering this remark, Corporal Ceesay allegedly started throwing (motherly) insults at him, which he in turn returned.

Tambadou alleged that before he could realize anything, Corporal Ceesay punched him on his face which resulted in him losing two of his front teeth.

“I went unconscious and was later arrested and put in a cell, when I was seriously bleeding. At the Banjul Police Station, I spent over an hour in the cell with my injury and the officers in charge did not take my statement,” Tambadou alleged; that afterwards, he was granted bail, which enabled his to speak to a lawyer, and the National Human Rights Commission of the Gambia; that from there, he came to Foroyaa to explain his story for people to know about the Police brutality taking place in the Gambia.

Tambadou finally said he will pursue this alleged assault case up to its limits, no matter what.

This reporter tried in vain to speak to the Police PRO for clarity on this issue, but it was very difficult to reach him on telephone.