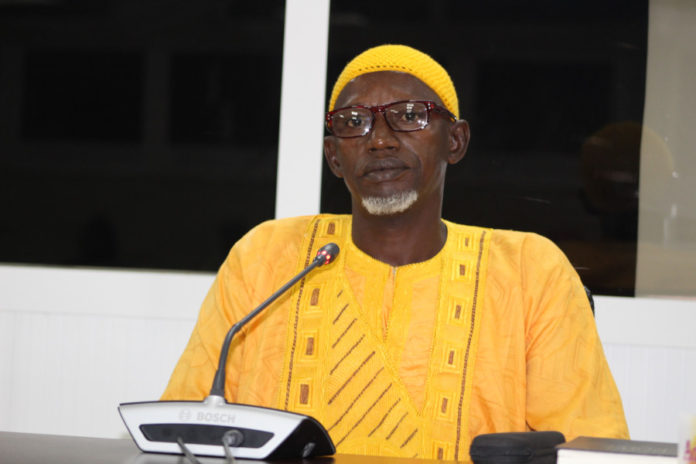 An inmate of Mile 2 prison has alleged that he was tortured by both police and prison wardens.

Baba Galleh Jallow, a 60-year-old inmate is serving a life sentence at the Security Wing of Mile 2 prison after he was convicted of murder and armed robbery in December 2004.

The Brikama born said his wife gave birth on the day of his arrest adding he was picked up from home and beaten by security personnel. He explained that he was put in the cuff and was asked about his nationality. He said when he told them he was a Gambian they asked him whether he had a gun which he responded in the negative.

The baker said he was arrested in Willingara Fulladou in Senegal by the Senegalese security personnel and was taken to a Gendarmerie station where he was detained for a night. He added that the following day, he was transported to Basse Police Station.

He said he was taken to the Police Line in Basse where Commissioner of Police Famara Jallow instructed his men to beat him. He added he was tortured on the second day in a similar way under the command of Famara Jallow. He told the Commission that on the third day, he was arraigned before the Basse Magistrate’s Court on the charge of murder and armed robbery adding he pleaded not guilty to both counts.

He said from there, he was taken to Janjanbureh Prison and was remanded.

“From Janjanbureh we were transferred to Mile 2 but on our way to Mile 2 we were tortured, the officers were using bamboo sticks to beat us,” he said.

He said when they reached Mile 2, three of them were taken inside a toilet and they were asked to remove their clothes and the current Operations Commander, Lamin Sowe put his finger inside their anus.

He said he spent one year six months at the Security Wing under sealed (confinement) and for that period he was not given any mattress, blanket and mosquito net.

“The food they used to give us at the prison I cannot give that to my dog at home,” he said.

He said there was a day he got sick and was taken to the clinic inside Mile 2, but was told that they only had Paracetamol.

He said one day in 2005 or 2006, one of his brothers visited him at Mile 2 and when he came out of his place of detention, he saw a dead and swollen bull in a vehicle. He told the Commission that he informed some of the inmates playing draught about the dead bull, but they wouldn’t believe him. He said one of them went near a mango tree and saw the dead bull.

“That day all of us who saw the bull refused to take the soup and we only ate the rice,” he said.

He said when they asked, some of the prison wardens informed them that it was David Colley who instructed for the death bull to be brought in.

He alleged that most of the inmates who ate the dead bull got sick and many of them died as a consequent. The witness said the number of dead inmates was forty, but he was told that it was more than that.

He said at Mile 2 there were other foods like Pap and the Couscous that were also contributing in the killing of inmates, adding some of the inmates who suffered from Beriberi died.

The witness adduced that he also suffered from Beriberi, but was given some medicine by one Fanta Sanneh who works at the medic department. The witness testified that prison wardens used to take away the food stuff meant for inmates to their home.

He said anytime that David Colley needed food, he used to open the store and collect it. The witness alleged that all the food stuff in David’s house used to come from Mile 2, adding he has witnessed on several accounts David taking food stuff from the store.

“There was a time we used to call David Colley ‘Mansa’ Colley meaning a King,” he said.

Jallow said prison wardens used to beat them using pipes adding some of the prison operatives have the concept that beating inmates as part of their job.

The witness said in 2016 there were some inmates who were taken behind David Colley’s office and were beaten until they were satisfied. He alleged that David Colley was aware of all the beatings that took place in Mile 2.

He said he knows some of the inmates who died as a result of beatings meted out on them by prison wardens.

He said the Operation Commander Lamin Sowe and David Colley used to pick and choose who among the list of inmates should be provided with medical care.

He said he sustained injury on his head when he was beaten in Basse and when he reached Mile 2 they refused to take him to the hospital.

“The Clinic in Mile 2 has no medicine,” he said.

He said he knew many prisoners who were detained at the Security Wing while they were not convicted.

He accused David Colley of being a womaniser adding one Lamin Sowe who was David’s Orderly was the one who used to bring him, women.