In this Edition of the Column, we will talk about the Tanbi wetland degradation in Banjul, the Gambia’s Capital which is a Ramsar site, and whether part of the area is being sold or about to be sold.

According to the Ebo Town Alkalo; the Director of Physical Planning and that of the Director of Parks and Wild Life, the ‘Tanbi’ wetland is a protected area under the Ramsar Convention on wetlands and it is of immense international importance especially as a habitat for waterfowls; that the area is under an international treaty for its conservation and sustainable as a wetland.

Ongoing building at the wetland

According to sources, ‘Tanbi’ is part of the country’s 6000 hectares of wetlands with mainly mangroves where fish come to breed as well. However sources further disclose that ‘Tanbi’ which is located just on the Southern entrance to the mouth of the River Gambia, is widest expanse located to the Southwest of the Capital City of Banjul. 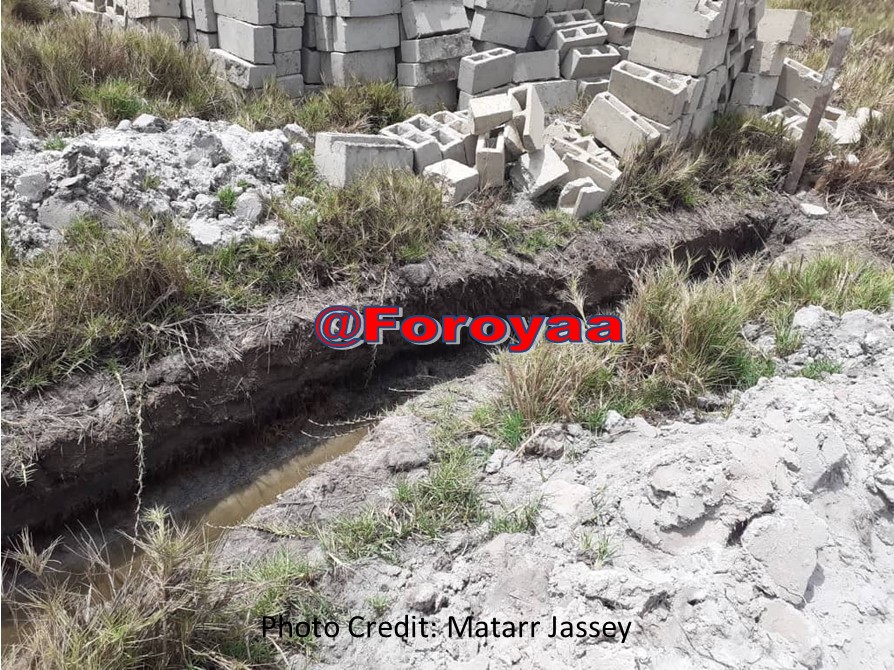 Tanbi’s Northern-most point skirts on the (Bund) or ‘Kankujeri’ Road of Banjul and includes the Cape Creek. It encompasses the fringes of the Island of Kombo Saint Mary’s on its Atlantic Ocean side and down Southeast towards Lamin and Mandinari villages.

Working through the muddy wetland, people can be seen developing buildings and most of the time, it is the mangrove which becomes the casualty as they dig the foundation of their houses.

One can always notice water during the digging of the foundation with the pile of bricks parked ready for construction. Some of these foundations are dug and left abandoned with no further planning.

Perhaps the owners may notice the nature of the place making it impossible for human habitation and give up. 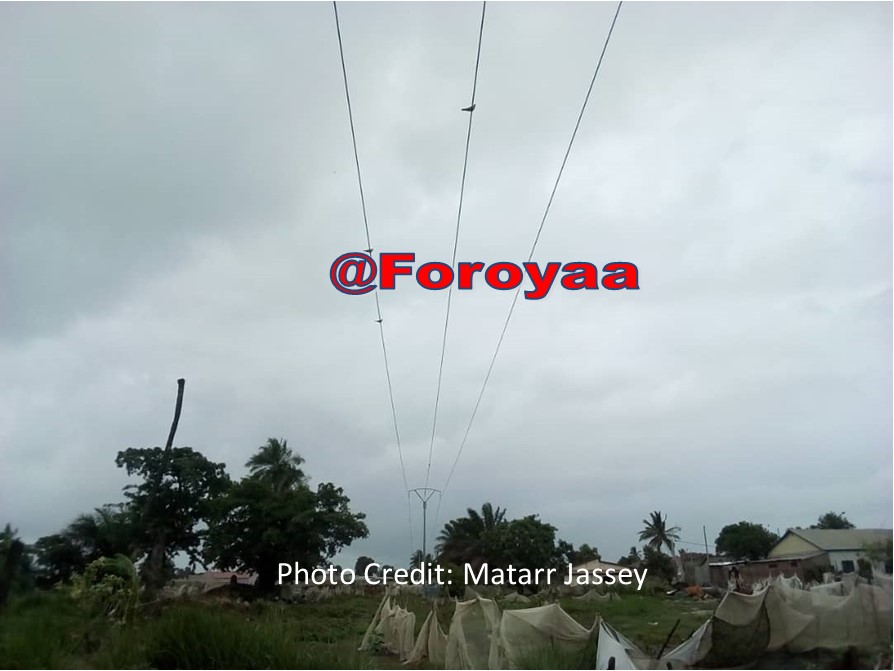 Despite all the odds, some people bear to live inside the wetland and these settlements threaten the biodiversity of the area because of some negative human activity that is carried out within.

‘‘It came to our notice from the then Government that the place is recommended as a reserve land and will be used as a by-pass route to Abuko from sting Corner,’’ Jallow said; that by then, he was the Planning Officer at the Kanifing Municipal Council; that in 2005, more than 240 compounds were served with notice to vacate that area of the wetland but that the plan did not materialize.

‘‘Since then, nobody dares to construct a building and most of them have given up.

However after the change of regime, a lot of people who have plots within the area, started developing structures claiming that the project to use the area as a by-pass route, has been canceled. But I always inform them that they need clearance which I knew they will not have,’’ Jallow said.

When asked whether he has sold or continues to sell land within the area after the change regime, Jallow replied thus:

“No, I have not and did not sell any land to anyone. All those people developing their plots got their lands since. I only to renew those who lost their previous title deeds which after all, needs clearance from the Physical Planning Department,’’ he said.

There is also a NAWEC cable that runs inside the wetland up to Akuko meaning that no building should be erected near the cable. It is indicated that the cable marks the boundary for people to desist from encroaching into the area. But yet some still build close to the High tension cable which is extremely dangerous and deadly.

When contacted to shed light on what is going on at the ‘Tanbi’ wetland, the Director of Physical Planning Mamudu Manjang, said he is not pleased with the encroachment and building that is going on within the wetland; that according to the Land Master Plan, there will be a by-pass route to Abuko within the area.

‘‘So this place is part of a very important development area for the country. When the issue came to our notice, we called other stakeholders such as the Departments of Parks and Wildlife and Lands and Surveys on the issue, who are conducting a study on the area. And the area is also reserve internationally as a Ramsar site where no one is or should be allowed to settle,’’ he said.

According to Manjang, the Alkalo has a lot to explain because all the documents presented to them come from him and they do not have a clearance permit.

‘‘My only worry is that this year we are expecting rain above normal and if that happens, we will expect heavy flooding within the area. So unless we have these mitigation measures, anyone who lives within the wetland area will not be spared during heavy flooding,’’ he said; that his Department has battled with communities and householders on the issue of development permit and clearance, for the past several years; that ownership claims has been a problem as three or four people will claim ownership of one compound which always called for the interference of his Department.

Manjang said since clearance permit is not an issue, falsifying documents by land dealers and building on reserve lands will also call for more and more demolition exercises to follow; that Alkalos, the Ministry of Land and Local Government, Ministry of Environment, the National Environment Agency and his Department, have a stake in these irregularities in the management of the Land Master Plan accordingly.

For his part, the Director of Parks and Wildlife Nuha Touray, said they are conducting a study on the area together with Physical Planning Department, NEA and other stakeholders, regarding the encroachment of the wetland. However, Mr. Touray said the bypass route will not affect the biodiversity of the wetland.

‘‘We are doing a survey and more than 200 compounds will give way to the by-pass route project,’’ he said; that the most affected areas are in Old Jeshwang and Tallinding; that new Jewhang is also affected.

‘‘We did not finalize yet and when we are done, we will let people know,’’
According to the Development Act Permit, it stated that the Planning Authority may serve a notice referred to as Stop Notice on any owner or occupier of any land situated within an area covered by the plan, where such owner or occupier is carrying or has carried out developments, violating the conditions of the plan or development permit, by directing him to cease forthwith, such a development. This is what awaits anyone with land and ready for its development within the ‘Tanbi’ wetland.