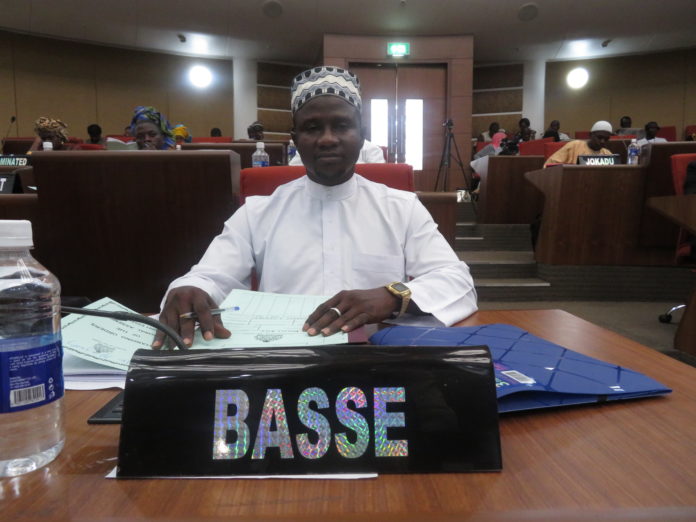 The National Assembly Member for Basse Muhammed Magassy, has challenged his fellow Lawmakers to lead the way in conducting effective sensitization of their constituents in curbing and stopping the spread of the Corona virus in order to prevent them from contracting the disease.

Mr. Magassy said the National Assembly Select Committee on Health called on everybody to act because the pandemic has turned everybody into a stakeholder and as such, has tasked the Lawmakers to engage their constituents in raising their awareness to protect and prevent them from getting the disease.

“We should sensitize our people. We should not rely on the Health Ministry for this to happen because the Health Committee has called on everybody to act because the situation has changed everyone into a stakeholder. Let us think of what is our responsibility so that we do our activities in a professional way,’’ Magassy said; that the recommendation made by National Assembly Select Committee on Health and other recommendations, are valid but limited in resource capacity to provide the health needs of the citizenry.

He urged his fellow Lawmakers not to rely on the Health Ministry because they cannot do it alone, noting that everyone can be affected or infected at the end of the day, if collective efforts are not made; that there is need for consultation, collaboration and change of certain concepts and ideas without which the recommendations made may not be implemented.

Magassy said it is crucial to boost morale and as such tasked his fellow Lawmakers to take the lead role in the crusade to combat the disease and put the country at bay; that if the nation sinks, both the economy and citizenry will follow suit.

He emphasized that the morals of the people should be boosted to improve their welfare and that of the nation because this is the supreme interest of every Lawmaker.