Mr Alagie Drammeh the National Assembly member for New Jeshwang Constituency has on Saturday, 14th March 2020 said the garden in dispute in New Jeshwang is a reserved land and does not belong to the community of New Jeshwang.

“The land is not a community garden. The place was designated as an institutional area, but the women were using it as a garden and they got a lot of benefits from it,” he said.

Drammeh said when he heard the dispute about the said garden; they convened a meeting at the Alkalos house where they selected a team to go to the Kanifing Municipal Council and the National Environment Agency to discuss the matter with the authorities.

“There is a big problem at the garden. Our women benefit from gardening. So, if someone comes to claim ownership of the place, it may bring problem,” he said. 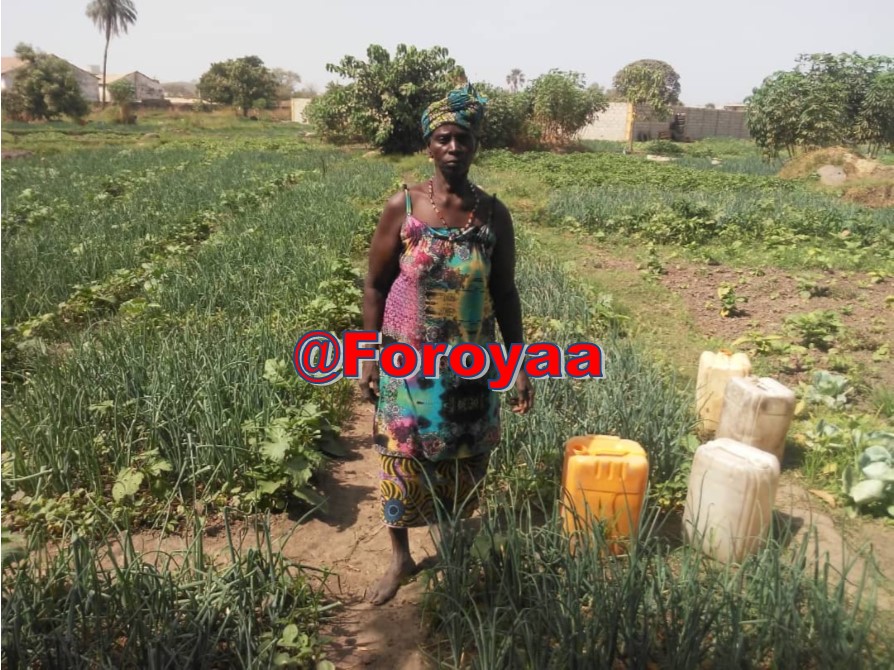 The Member for Jeshwang Constituency said he advised the gardeners to exercise restraint and engage in dialogue with the government with a view to resolving the matter peacefully.

Drammeh was however quick to point out that the area does not belong to the said women gardeners.

“I cannot assure the women anything, but I can only advise them to be patient, because the place is not a community garden. Many people claim ownership of it, but it does not belong to them,” he said.

He said the land in dispute was reserved for institutional purposes and that part of it was used for the aforesaid purpose.

“The Minister of Lands can only allocate lands, but cannot sell lands. If he does that, then that will be an illegal action,” he said.

Boto Jarju the Alkalo of New Jeshwang said he was surprised when he heard the news of people claiming ownership of the land.

He said the women called the Councilor of New Jeshwang ward and informed her about the matter, adding they went to the site and asked for the person claiming ownership of the land, but he was not there. He added that they only met labourers who gave them his telephone number.

“We called the number and the person told us that it is the Minister of Lands who allocated the land to him. The following day the man came and showed us his documents, but we told him to hold on because the tension is high,” he said.

The Alkalo said: “The government owns all lands, but if they (Government) want to develop the area, they should approach us and we will talk to those working there and they will understand, but if they want to use force, that will bring another issue.”

Jarjue said they don’t want any tension to occur there and that was why they advised the women to be patient.

Fatou Manneh a widow said she was not informed that some people were on the verge of commencing work on the garden, adding that she has been working at the said garden for more than twenty years but no one ever claimed ownership of the land.

“I cultivated rice here in the raining season and my children harvested it because I was not around,” she said.

She said during the dry season, she cultivated sweet potatoes in the garden. She added that some people approached her some days ago and told her that the owner of the place needed the land.

“I told them that they should give me some time because very soon I will harvest my potatoes, but they refused, I don’t own the land so I can’t do much about it,” she said.

She said they have destroyed all her potatoes because they dug some areas for their foundation.

“The income I get from this place is what I use to feed my family and pay school fees for my children, without this garden I will find it very difficult to make ends meet,” she said.

Nyima Jatta another gardener said she is solely responsible for her family’s upkeep, adding the income she gets from the garden is what she uses to feed her family.

Jatta said: “It was very sad when I met these people destroying my crops. They compensated some of my colleagues, but I declined to take money from them. I don’t need their money. I am ready for anything if they want to evict me from the garden.”