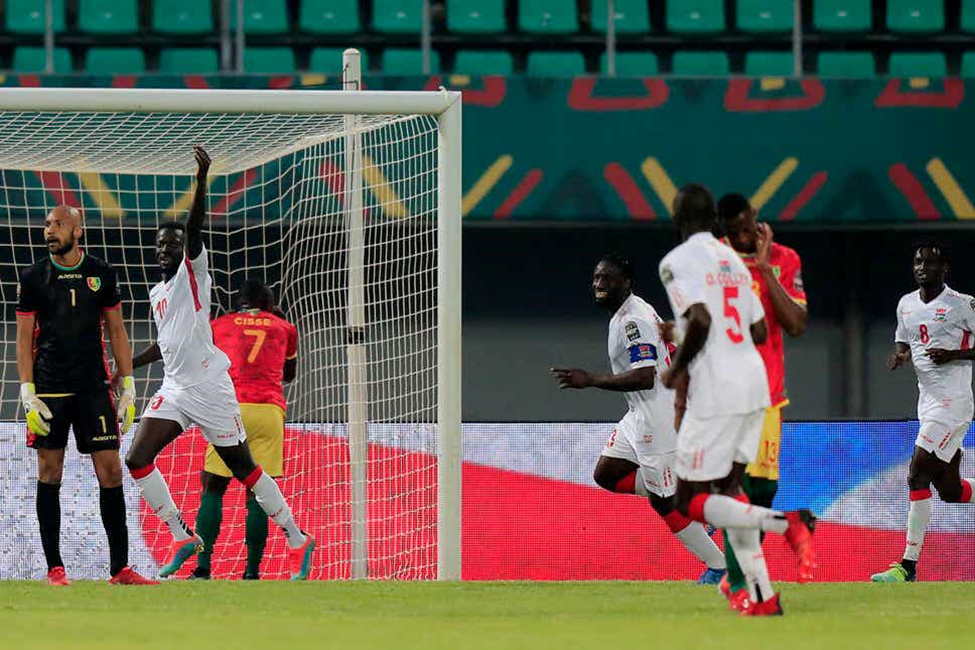 Bologna and Gambia star Musa Barrow’s 71-minute goal puts the Scorpions in the quarter finals of the Africa Cup of Nations (AFCON) as they beat one of the tournament’s favourites Guinea Conakry by 1-0.

An excellent finish from a smooth pass from Yusupha Bobb was enough for Barrow who has been one of the best players in the tournament yet—contributing a goal in all four matches the country played so far. His splendid performance has earned the Man Of The Match for the second time.

Gambia who are one of two debutants in the continent’s flagship tournament have made history by reaching this stage for the first time trying.

The lowest-ranked team at the Afcon grabbed their famous win and continued their unbeaten run in the Afcon.

Coach Saintfiet made changes to the team that started Thursday’s 1-0 defeat of Tunisia. Sulayman Marreh and Ablie Jallow returned, while Modou Barrow, Saidy Janko, and goalkeeper Baboucarr Gaye kept their positions. Ebrima Darboe made his first start of the competition.

Yusupha Njie was given a red card in his debut match and Guinea’s Kante sent off in the last seconds.

Before the game started, the Scorpions suffered a huge blow with players being pulled out of the match-squad.

“Ibou Touray just pulled out of the game. Together with Noah Sonko and Saidy Janko, all three have food poisoning and cannot play. In comes his place is Dawda Ngum for his first appearance for the tournament. Because it’s a late withdrawal, it means Gambia has just used one of its five substitutes,” the Gambia Football Federation (GFF) announced on its Facebook platform.

Also, ahead of the game, GFF President Lamin Kaba Bajo announced that each member will be given $10,000:00 if they win the match.