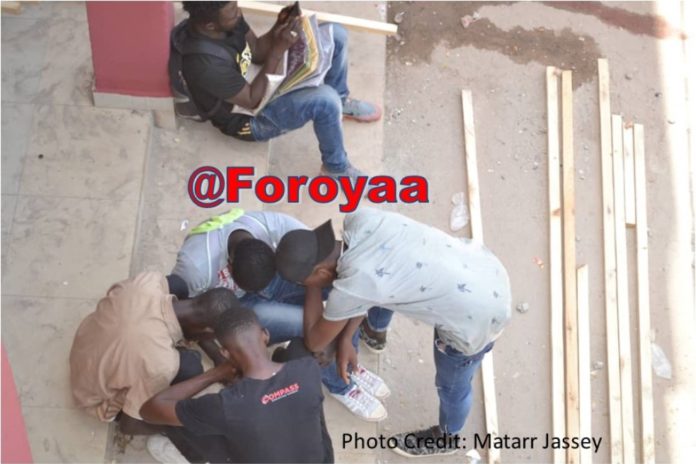 The living conditions of street boys have moved from bad to worse in the wake of the Coronavirus pandemic which is causing tragedies and hardships in The Gambia.

The Gambia, unlike some other nation-states, has no agency or department responsible for supporting street boys and girls. These are people who are mainly school dropout and have lost hope in life. They do not have access to education or skills and are not engaged in meaningful economic activities.

Coronavirus hit The Gambia in March and since then the country has been struggling to curtail its spread. The country currently registered over one thousand five hundred cases of the virus and the number of deaths is on the rise. The Government has put in measures in the form of Regulations to contain the virus. In addition to the Regulations, the Gambia Government has imposed curfew throughout the country requiring people to be indoors between 22.00 pm to 5 am every day and the penalty for violating the curfew attracts a fine of five thousand dalasi. 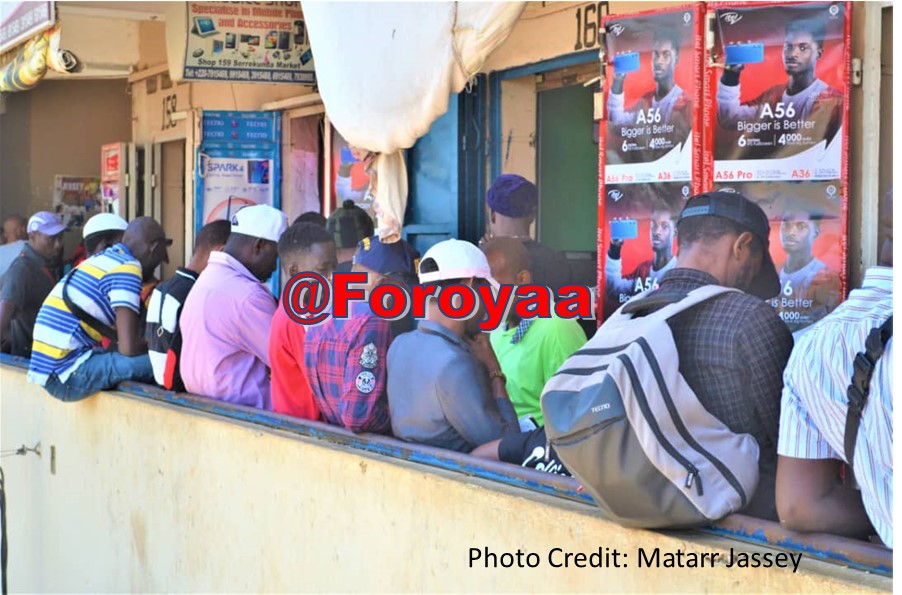 The police, in collaboration with the army, are responsible for the enforcement of both the curfew order and the COVID-19 Regulations. The security outfits have been actively engaged in arresting people. They have arrested more than two hundred and twenty people including street boys.

“I was arrested on the second day of the curfew. On the first day, I was indoors but I couldn’t be inside on the second day. I did not have food to eat – no dinner and breakfast. They closed the gaming centres,” a dreadlock boy told Foroyaa on condition of anonymity.

The 21-year-old added: “I was a student. I stopped at grade 9. I couldn’t proceed with my education because of the plight of my family. This was what brought me to the street.”

He described the life of street boys and girls as very horrible and problematic.

“We don’t have jobs. We either play gamble or go to the betting centres to play. Our survival depends on if we win. This is why some of the street boys steal or sell cannabis. If you don’t do this you cannot survive,” he said.

He said the Government’s Regulations are good and if properly implemented, the country will surely contain the spread of COVID-19.

“The Government must not forget that people are poor so they should be doing something for us especially by providing us food. In The Gambia, people work ‘by day’ to get food on the table. People work to survive,” he said.

He opined that if the Government provide people with food, people will fully observe the COVID-19 Regulations.

“Provide people with food and they will honour the Regulations. People cannot be indoors when they are hungry,” he said.

Alagie Sowe, who was found at the black market (Serrekunda Market) said he trades in mobile phones. He explained that life of street boys is very hard.

“No one cares about us – not even the Government. No one wished to be here, but the situation forced us to be in the street,” he said.

He maintained that their life in the period of COVID-19 is very hard, adding they sometimes sleep with empty stomachs.

“Our life in the pandemic is very hard. Sometimes we go home with nothing. Our trade which is the sale of mobile phones is not going fine. At times, we come here and go home without selling any phone,” he said.

The Serrekunda Black Market is a trading centre for scores of boys who mainly sell mobile phones, mobile chargers, power bank, ear piece and head phones among others.

It was observed that the overwhelming majority of the people there do not wear face mask.

The reporter interviewed over fifteen of them who wished not to be mentioned.

A 26-year-old boy said he does not have a job, but he usually collects phones from his friends and resell it to get something from it.

“I am right now sitting without any job. My friends are no more giving me phones to sell because their business has collapsed. My life is too stressful,” he said.

He said, of recent, he usually finds customers for some mobile sellers and that is how he gets his commission from the sale of mobile phones.

“The most stressful thing in life is to become a street boy. A street boy live by chance,” the boy said.

A 17-year-old dreadlock boy said he left school because two of his senior brothers completed their secondary education, but they are still at home without a job.

“Becoming a street boy is better than going to school and completing without securing a job. There are no jobs available. The Government should provide job opportunities for people,” he said.

He described street life as very horrific, but was quick to add that he likes it.

“We live by chance and every day you expect to go home with something from the sale of mobile phones. However, since the outbreak of the Coronavirus, our businesses have gone down. Currently, nothing is moving well for us,” he said.

A 19-year-old said he lost both his mother and father at an early age. He said after the demise of his parents, his uncle, under whose care he was, did not take him to school instead he was exploiting him on the farm.

“I saw no future in that life. I left my uncle and decided to become a street boy. Life is not easy for me especially during the Coronavirus,” he said.

The ear piece and mobile charger salesman said he sometimes go for a week without making a sale.

“I am living with my friend who is a commercial driver. He is the one taking care of me now. Life is not easy with me. I always go home without making any sales,” he said.

A 22-year-old dreadlock boy said he now drinks alcohol and smokes cannabis to reduce the stressful life he is undergoing.

“I joined the street life three years ago. This life is a very difficult one. We are real strugglers but the environment is not conducive for us to thrive,” he said.

The boy said he learnt how to repair mobile phones and now he can do it very well.

“There are people with skills here. The Government needs to create the enabling environment for us and we will show out our talents. The street is a university of its own,” he said.

The other boys said the Government is yet to fulfil its promise of providing the youth with skills training.

“The Government cannot point out one youth they have trained and empowered since they took over. There are many street boys with skills. The Government should empower us to showcase our talents,” a young mobile repairer told Foroyaa.

“No one of us wants to remain in the street. Living in this life is very difficult. Most of us here have learnt new skills as street boys, but we don’t have the means to showcase our talents,” a 30-year-old said.