Talk of a genius in the trade of football coaching. One of few to have taken a very sluggish Gambian football to some respectable heights, Bonu Johnson’s services to the nation will be remembered for ages.

The national team coaching is a poison chalice. Managers had been recycled times without number and each of those hired to occupy the hot-seat left with a somewhat soiled reputation having failed to attain the cut-out objective of securing qualification.

The same chalice dogs other categories of the junior national teams.

An erstwhile national team player who started out at Flammins as a defender, Bonu was an exception to the status quo surviving where he had been doubted and tipped to fail by critics moments following his appointment as U-20 gaffer.

However, unperturbed, he never backed down with his success with the 2007 Gambia national team virtually every bit of his own ingenuity.

The 2005 U-17 Youth World Cup triumph set a benchmark whose standards were forbidden to be seen plummeting.

The late Ghanaian gaffer Osam Dodou was the architect to that sweet tale but his departure left a void to be filled as the likes of a then young Ousman Jallow and Momodou Ceesay graduated to the U-20s with the African qualifiers fast approaching.

Questions lingered over who would take up the offer with talk of a foreign coach then beyond the football association’s budget.

The then GFA gambled on Bonu whose works previously stood out in the domestic league. Learning under the tutelage of Osam Dodou as the Ghanaian’s understudy also got him consideration of the football governing body. 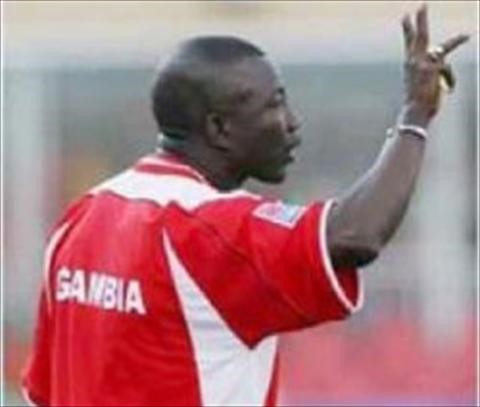 Throwing few changes to the victorious 2005 youth team, Johnson would come up good even after missing out the services of some notable squad figures beating Mali to qualify for the African Youth Championship in Congo Brazaville.

He would wriggle out of the group stage, the knockouts and into the semis qualifying the Young Scorpions to the World Youth Championship in Canada of the same year for the first time. This turned out to be his biggest career height to the time of his passing as no local coach has reached such a trajectory before.

This was preceded by a defeat to Nigeria’s eaglets. Bonu made up for the setback by beating Zambia to claim bronze medal. A year later, he was assigned with reviving Gambia Ports Authority who were on a free-fall after the axe was wielded on footballer-turned coach Lukeh (Modou Joof) on the back of the Ferry Boys exit of the CAF Champions League having endured loss to Ivorian outfit ES Bengerville.

In no time, Johnson stamped his foot prints on the Ferry Boys despite losing the calibre of Malick Joof (Fish), Sainey and Sanna Nyassi to MLS outfits Newengland Revolution and Seattle Sounders and latest Pa Modou Jagne to FC Wil in Switzerland.

That term, he scooped the title warding off competitions from Wallidan, Real de Banju and Bakau United and reaching the Champions League where his charges bowed out to Senegalese giants Jaraaf.

In 2012, he was to spur Gambia’s Afcon qualifier campaign following the exit of Italian Luciano Mancini under whose reign he served as a deputy before being handed the job on a full-time basis for reminder of the games.

His divorce with the national team as a coach ended during Gambia loss to Senegal in the CHAN. Three months to that game, the mantle was shoved in his hands and as risky as it were, he did not turn his back on his nation, filling the managerial void to lead the team to camp first in Morocco before flying out to Dakar. 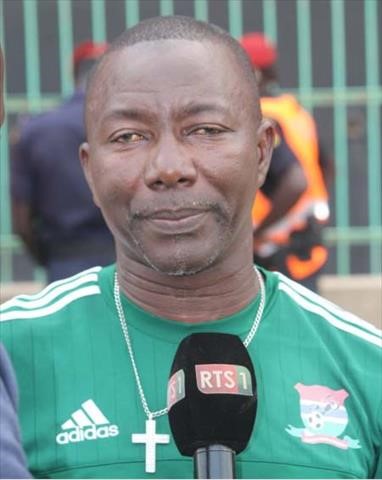 Yesterday, news broke that he has passed away after a long battle with illness at the hospital throwing the nation in mourning. Floodgates of condolences have been streaming from sympathisers to players the 56-year-old once coached.

‘It is with a heavy heart and regret that I announce the passing of former Gambia National Team Coach Peter Bonu Johnson. I have just been informed about the passing. He has contributed immensely to the growth and development of football in The Gambia and his death is an irreparable loss to our game and the country at large. I pray for Allah to have mercy on his soul,’ Gambia football boss Lamin Kabba Bajo said.

One of the most feted local coaches, Bonu’s efforts for the nation will forever be remembered.

We at Foroyaa Sport say Adieu!

By Nelson Manneh Dr. Lamin J. Sise the Chairman of the Truth Reconciliation and Reparation Commission has on Monday 4th January delivered a tribute on the...
Read more

Who was Imam Alhagi Esa Gigo? Ahagi Esa, the son of Gibbi Gigo became the Imam of Kuntaya form 1960-2020.  The fangs of death...
Read more

By Matarr Jassey & Madiba Singhatey The Imam Ratib of Serekunda, Barham Jobe was on Wednesday, 22nd July 2020 laid to rest at Serekunda Cemetery. Imam...
Read more
FOROYAA Newspaper is your premier Gambian community portal delivering news on politics, legal affairs and more. We provide you with the latest breaking news and videos straight from The Gambia and the rest of the world.