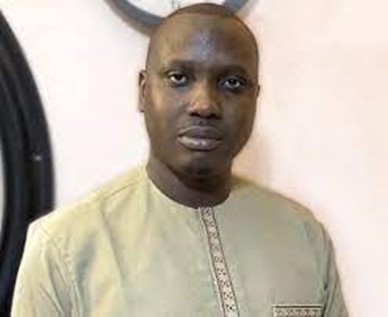 Mr. Njie said this on Monday during their appearance before the aforesaid committee to update the committee on the issues regarding the corporation, notably the procurement of fertilizer.

“We are working with the most vulnerable and it is only the committee that can support us to influence the decision makers so that we can have some assistance to the GGC. The process as far as we are concerned is very transparent, because every process of the procurement went through the GPPA for approval,” he maintained

He told the committee that the GGC is mandated to purchase fertilizer on behalf of the country for the farming communities, and in doing so, they scout for funding by going to the banks and secure loans to be able to secure the needed fertilizer for the farmers.

“Because of the magnitude of the funds involved, we need the approval of the government (Finance Ministry), because they need to provide guarantee… banks require guarantee to give us the needed resources to be able to procure fertilizer,” he said.

He clarified that the Finance Ministry provides the collateral required by the banks for the GGC to be able to secure the resources to purchase fertilizer, which the GGC would refund.

“Last year, we took the loan which we repaid, but we are guaranteed by the government to secure the loan. Once we do that, we then start the tender process.  Last year, securing the finances was a bit difficult from the bank, because they are required to look at their liquidity profile, this was a bit slow, and as a result, we started around November,” he explained.

He said fertilizer in the past was arriving late in the country, but in 2021, when they monitored the international price of fertilizer, they realized that due to the pandemic, the price was going up and they felt it was wise for the prompt action.

“At that time, we had to take immediate action to ensure that we give the farming communities the required fertilizer. At that moment, our contracts committee engaged the suppliers in a negotiation. We realized that the amount of funds we had could not buy the needed quantity of fertilizer,” he said.

Managing Director Njie said when the prices were negotiated; they realized that they could not buy their targeted quantity and that they did not have the required funds at the time.

He further said that the GPPA has given them an approval to proceed with the restricted tendering and they also approved the tender. He added that the GGC concluded with selecting the qualified suppliers and they were found to be more responsive.

“GGC has been here for the past 50 years and has competent officials who have all it takes to execute the right procurement processes. The Chairperson said that we wanted to identify somebody at the beginning. That is something we would not appreciate, because that is tarnishing the image of the contracts committee,” he argued.

He told the committee that they have given all the documents regarding the procurement processes of the fertilizer, saying if they wanted to hide anything from them (committee), they would not have submitted the document.

He told the committee that if they (Committee) have issues, they should communicate to the GGC so that they can improve on their weak areas.