As fears of coronavirus (COVID-19), continued to creep in the minds of the globe, strengthening of precautionary measures, have become an obligation on people across the world to combat the killer disease.

The Gambia as well as other nations is not resting on her laurels in efforts to prevent and subsequently eliminate the disease.

This is manifested by the hand washing measures that have been institutionalized in public places such as hospitals, banks and pharmacies to enforce compliance with the preventive directives.

This medium has visited some schools and hospitals in the Kanifing Municipality to assess their level of compliance as per World Health Organization set out guidelines to prevent the deadly disease.

At Fajikunda major health Center, this reporter was directed by the medical officer to get clearance from the Regional Health Directorate for them to give updates on their compliance with the measures. 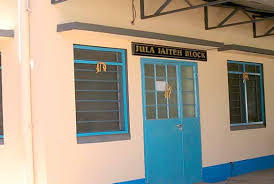 However, this reporter found a water tank with sanitizers at the entrance of the health facility for the use of visitors to the facility.

A visitor at the health facility informed this reporter that although people were not strictly complying with the measures, the center has endeavored to provide the requisite tools for use by visitors.

He called for massive sensitization for people to understand and comply with the measures and implement them, adding the low compliance with the measures is due to people’s low level of awareness of the disease.

At Nurudin Islamic School in the same locality, the School Secretary and Supervisor, Rohey Manneh informed this reporter that currently they have closed the school, as decreed by the President.

“We have stationed two water containers with soap and sanitizers so that people who are coming to the school can use it for their safety and prevent the spread of COVID-19”, she said.

At the GT Bank outlet in Latrikunda Sabiji, this reporter found a security officer in masks and gloves standing at the entrance of the facility. He gave customers hand sanitizers to apply before entering the bank for their transactions.

Visiting Bundung Maternal and Child Health Hospital, the officials took this reporter on a conducted tour of the area to assess the compliance level of the facility.

The officials also informed the reporter that the facility is making efforts to contain the spread of the disease as it has already reached the country.

They said: “We have created six isolation rooms, put in place three hand washing stations and Personnel Protective Equipment (PPEs), as well as Rapid Response Team to deal with suspected cases. We are also proactive on surveillance and we refer any suspected cases to the relevant quarantine sites for further checkups and if proven positive, they are treated at the sites”.

However, visiting Latrikunda Sabiji Market, this reporter found no hand washing station, despite the dense population and busy nature of the market. Handful of entrepreneurs could be seen practicing individual measures to prevent themselves from the disease.

This reporter tried to get the version of KMC, on what the Municipality has for the market in preventing the spread of the disease. At press time yesterday, the Mayor could not be reached for comment.

However, Foroyaa will continue to engage the council for comment on their plans for the market, as per COVID-19 preventive measures.

By Ndey Sowe The National Water and Electricity Company (NAWEC) on Monday donated sanitary materials worth seven million dalasi to the Ministry of Basic and...
Read more

By Lamin Cham The HDPE transmission network for the US$22M National Water and Electricity Company (NAWEC) has been successfully completed and handed over to Nawec. The...
Read more

By: Kebba AF Touray The Gambia and Switzerland, have on Tuesday 20th January 2021, signed a cooperative agreement on Migration. According to the presser issued by...
Read more

By Nelson Manneh Health authorities have yesterday informed this medium that five COVID-19 patients are currently on oxygen therapy. The Gambia has on Wednesday 20th January 2021 registered...
Read more
FOROYAA Newspaper is your premier Gambian community portal delivering news on politics, legal affairs and more. We provide you with the latest breaking news and videos straight from The Gambia and the rest of the world.