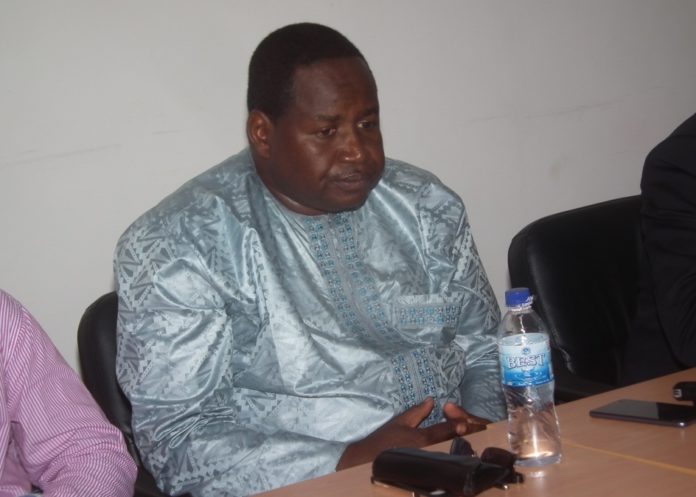 Banjul, The Gambia—Soon after President Adama Barrow’s national address on his Government’s Covid-19 Emergency Food Aid amounting to over D700M at McCarthy Square last Sunday, 26 March, 2020, the distribution has since begun across the entire nation as hundreds of truck-loads leave McCarthy Square daily.

As of today, out of the 230,000—(50Kg) bags of rice earmarked for distribution to 84% of Gambian households, some 193,179 bags have reached their distribution centres nationwide. Also, of the 230,000–(50Kg) bags of sugar meant for the programme, some 197,279 bags have thus far been distributed across all regions in the country. Similarly, of the 148,000–(10-Litre) drums of cooking oil, some 125,618 drums have also left McCarthy Square and now available at the various distribution centres across The Gambia.

During a briefing with The Gambia Government Spokesperson, Ebrima G Sankareh, the Executive Director of the National Disaster Management Agency, Mr Sana Dabaha disclosed that distribution from McCarthy Square to the provinces is expected to end before Friday. A very energetic and elated Mr. Dahaba said the distribution has been going on seamlessly and Gambians are highly appreciative of this-much-needed emergency food-aid amid the Covid-19 pandemic. Director Dahaba also praised the men and women of the security forces for their discipline and demonstrated patriotism in providing both the labour force and security during the entire process. He equally recognized the significant roles of regional governors and local authorities for facilitating the distribution of the aid. Mr Dahaba congratulated President Barrow and his government for coming to the aid of majority of citizens under very difficult circumstances.