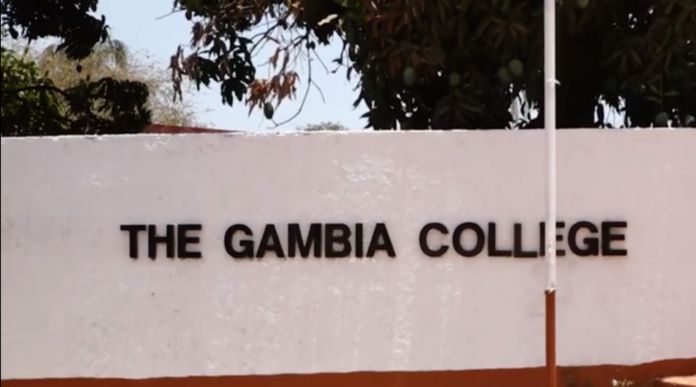 In Accessing Their Attestations

Getting into the Gambia College (GC) is not as difficult as graduating from this institution. Because after three years of studying at this institution, many students spend months of struggle to get their attestation letters for them, in order to finally wave goodbye to the College.

Foroyaa has documented how the late issuing of attestations frustrate graduate students of the College, and how this fear in turn affects the undergraduates.

An ex-student of the Gambia College Malick Jobe, recalls how desperate he was when he wanted his attestation but could not get it on time.

“I needed my attestation for a job opening I applied for, but I could not get it from the College administration. I can remember going from one office to another just to get the attestation with difficulty, because there was too much bureaucracy and protocol, with too many offices involved in the process that do not do their work on time,” Jobe said.

Jobe said the delay in his attestation wasted his time before he started work, after three years of studying at the Gambia College.

Jobe said he graduated at Gambia College in 2017 with an Advance Diploma in Secondary Education, with a major in the English language. He said travelling from Serekunda to the Gambia College in Brikama, the daily hassle for transport and the money spent is still in his mind.

“During that time, almost every week I went to the College to check on the status of my attestation. The stress of travelling to Brikama and the money I spent on transport fares was frustrating,” he said.

Another ex-student of the Gambia College in the person of Juka Bah, described the struggle that students go through to get their attestation as “adding insult to injury.”

Juka who holds an Advance Diploma in Secondary Education said he majored in science and minored on Social and Environmental Studies (SES).

Bah said it has always been difficult for students to get their documents from the Gambia College administration and this seems like an unending issue that is experience by every student who attends the College. He claimed that the late attestation is usually caused by missing grades or the late uploading of the grades of students.

Bah said he did not personally experience much difficulty in getting his attestations because he was among the first shortlisted students to receive theirs. But even with that, he was going from one office to another before he got his attestation; that he has seen his colleagues travel to and from the College, as well as visit offices just to get their attestations, and this has frustrated many students.

He blamed the College administration for the late issuing of attestations to students who need their documents to apply for job openings. Bah recalls how this affected his colleagues who were waiting for their attestations to start work and receive their first salaries.

“Many of my colleagues were not posted on time and they stayed for long before being appointed and paid their salaries. Some stayed for two or three months when the academic year has already started,” he said.

A recent graduate student of the Gambia College Isatou Jallow, expressed that the problem of getting attestation is frustrating because she intends to start work as soon as possible.

Ms. Jallow who recently completed her Diploma in Primary Education said she is waiting for her attestation and other documents to wave goodbye to the College and she is well aware of the struggle and difficulty that her seniors went through before getting theirs.

Students like Isatou Jallow and Juka Bah argued that the missing results and late uploading of grades as well as scheduling of examination that students resit, contributes to the late issuing of attestation.

Ms. Jallow who has completed her three years of study at GC lamented that out of the thirty courses she did, only five grades were uploaded.

“I have to resit a science but the College administration is yet to schedule the time for us to resit our courses,” she reveals.

This also increase Ms. Jallow’s fear of receiving her attestation late and her wish to start work as soon as possible.

Another recent graduate student of Gambia College Fatou Badjie, called on the administration to update their grades as soon as possible.

Badjie said students continue to receive their attestations late because lecturers fail to upload their grades and lately conduct a resit exam for students who fail or miss a course.

Badjie, the Information and Communication Minister of the 40th Executive Council of the Gambia College Students’ Union, said he was aware of the late issuing of attestation caused by missing grades since 2019, when he was enrolled at the College.

“Students always encounter missing grades. The release of attestations is always embedded with  missing grades of students, and this is a great concern and problem that students face at the College,” Badjie said.

The Communication Minister explained that the Student Union is engaging the heads of various Schools at the College on the matter. “The School of Education is the most affected when it comes to missing grades because of high population students in this sector,” he disclosed; that when it comes to the upgrading of students’ grades, this should not be a concern as the College administration operates digitalised system.

When contacted to shed light on the above complaints from the students, the Registrar of the Gambia College Demba S.M. Yabou, said it is too early for students to demand for their attestations, saying all grades will be release when the lecturers are done.

When he was asked about the missing grades which forced some students to resit their courses and delayed their attestations, he responded thus: “I am not aware of that.”