Just about 13 kilometres from the capital Banjul, adjacent to Kairaba Avenue highway, seated inside the hall facing the entrance of the compound of the National Center for Arts and Culture (a branch of the NCAC), is the award-winning writer and the new secretary general of the Writers Association of The Gambia (WAG). 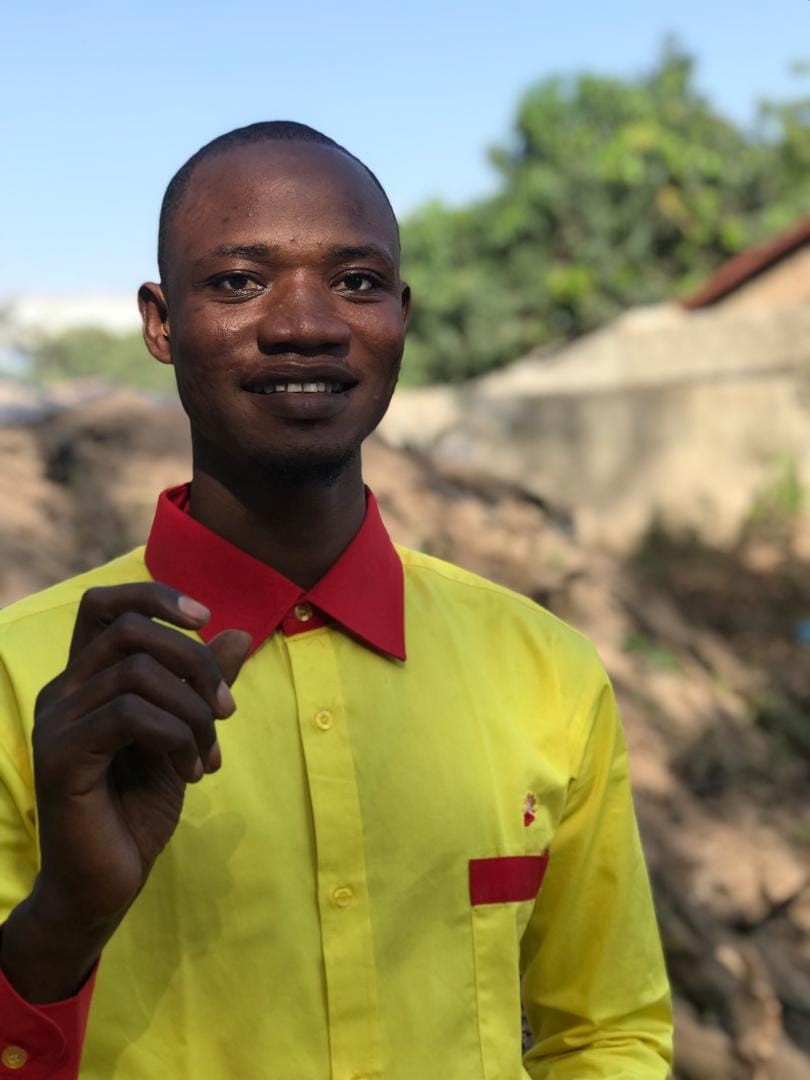 Modou Lamin Sowe with the pen name Modou Lamin Age-Almusaf Sowe, the avid blogger was busy checking his mails and working on the association’s action plan for the next three years. Right behind him are book shelves. A close look at his brimming face symbolizes a free state of mind and aura him and other writers in the country enjoy today, contrary to years of terror writers endured in the second republic of The Gambia.

This was the era of former President Yahya Jammeh’s 22-year rule of persecution. One victim, who just returned home barely three years in exile, has now re-established himself in his home he once lived for over two decades before Jammeh’s reign of terror sent him to exile.

The young emerging West African writer and scholar’s encounter with exiled dictator Jammeh started in 2016. Actually, his was with Jammeh’s circle of messengers. Sowe, also known as ML, on May 16th, 2016 left Gambia for Senegal in fear of persecution for a film he produced and directed about Jammeh’s cessation of power. He returned to the country on March 8th 2019.

The motive of filming such a film according to the 29-year-old was to motivate the highly talented students, who after graduating senior school abandoned their drama and related performing arts, to continue nurturing their skills by featuring them in a film.

The film entitled ‘Babili Mansa,’ got approval from the Office of the President (OP) and was to be premiered at a local hotel thereafter. ML said four ministers were identified to attend the event and three protocol officers from OP to work with him. But he met one of the protocols named Sulayman Kassama, who had been visiting him at Masoor Senior Secondary School where ML was a teacher-librarian and drama coordinator in 2016.

“Later, I realised that there were millions of money kept for somebody who can come up with such a film showing how Jammeh captured power in a positive way and then from the time he captured power, all what he has been able to do and achieve,” he said.

Born in Bakau and raised in Brikama, ML said while in exile, he travelled to 11 countries in Africa and continued learning, researching and became very effective in blogging. He is the blogger of ‘the voice of the pen.’

In exile, ML said he discovered how retrograded his country’s literary sector was and one of the concerns was the lack of a serious book publishing house.

The publishing houses or industries here are business entities, ML said, adding that all that the so-called publisher does is to print the author’s manuscript after being paid.

Already, his return has injected a lot of energy and positive furor in the literary industry of the country and he believes that the composition of the new executive (nominated on April 25, 2019), the youngest ever, will fertilize the youthful energy into a blossoming and vibrant association for the greater good.

Upon his return, he initiated a literary prize to honour Gambians who have immensely contributed to the socio-economic development of the country through writing.

Twenty-seven (27) Gambian writers were awarded during the World Book and Copyright Day in April from the 25 to the 27 at Alliance Francis and Ebunjan Theatre respectively.

ML himself was awarded the Young Writer of the Year and the winner of Children’s Literature Prize 2019, of his book titled ‘The Memories of Reflection’ launched on May 11th 2019.

“I made sure that we desist from honouring people when they die and honour them while they are alive for their outstanding work.”

Young Gambian writers have been complaining about the plights they grapple with for decades gone by, which is no news to ML as he used to be one of the scribblers who raised a red flag on the issue and he in helm of affairs of WAG, transforming the literary sector to the pinnacle of success is high in his agenda.

To crown his efforts, ML is using the experience he had while in exile to rejuvenate the country’s literary sector that has been dormant for the past years.