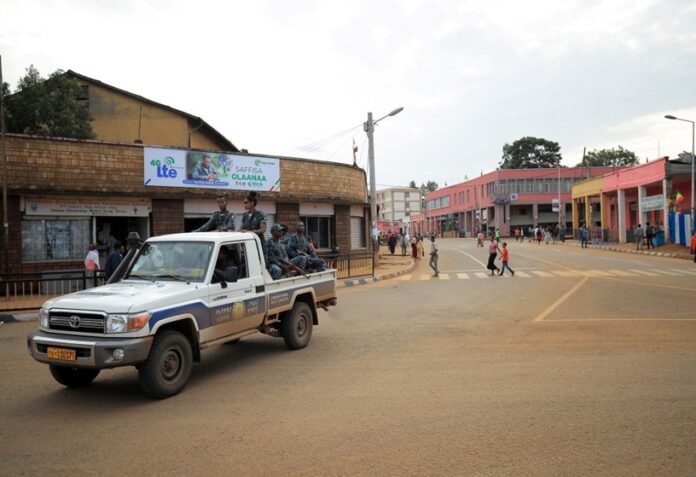 Nairobi, December 23, 2021— Ethiopian authorities should immediately and unconditionally release journalist Ermias Tasfaye and all other members of the press detained for their work, the Committee to Protect Journalists said today.
Ermias’ November arrest was made public in a statement by his employer on December 14 and follows the Ethiopian government’s crackdown on journalists following its November 2 declaration of a state of emergency amid the country’s year-long civil war.
CPJ has documented the arrests of at least 14 other journalists during this period, most of whom have not been brought to court.
“Ermias Tasfaye and all the other journalists arrested in Ethiopia belong in the newsroom, keeping the public informed, and not languishing behind bars,” said CPJ Sub-Saharan Africa Representative Muthoki Mumo. “Authorities should immediately release all journalists detained in Ethiopia for their work, stop using the state of emergency as an excuse to arrest members of the media, and allow the press to report the ongoing war without intimidation.”
On November 3, police arrested Ermias at his office in Burayu, a town in Ethiopia’s Oromia region, and have since detained him without filing charges or disclosing any allegations against him, according to a statement posted on Twitter by his employer, the privately owned news and commentary website Ethiopia Insight, as well as a person familiar with the case who spoke to CPJ on condition of anonymity, citing fear of reprisal.
The Ethiopia Insight statement said that the outlet believed Ermias was detained at the Wereda One Police Station in Burayu under the terms country’s state of emergency declaration, which was issued one day before his arrest.
The person familiar with the case said they believed Ermias was targeted for arrest due to his journalistic work. Ermias was not included on CPJ’s 2021 census of journalists imprisoned for their work as of December 1, as his case had not been made public at the time.
Ermias was previously detained by police in Burayu for several hours on June 17, 2021, though he was not charged with a crime and he was not told why he had been detained, according to a brief shared with CPJ by Ethiopia Insight.
Ermias had reported on Ethiopia’s elections, in which he highlighted “political suppression and asymmetrical application of electoral codes,” and critically reviewed Prime Minister Abiy Ahmed’s political record in Oromia.
When CPJ called Oromia regional state police commissioner Arasa Merdasa for comment, he said he was not aware of Ermias’ detention and promised to investigate the matter. He did not answer CPJ’s subsequent calls or immediately respond to an additional request for comment sent via text message.
When CPJ repeatedly called federal police spokesperson Jeylan Abdi in November and early December, he said that journalists detained in Ethiopia were held for breaching the country’s laws, and not for their work. Jeylan did not immediately respond a request for comment on Ermias’ case sent via messaging app.