The Gambia Police Force have on Wednesday pressed 3 criminal charges against 8 members of the 3 Years Jotna movement. 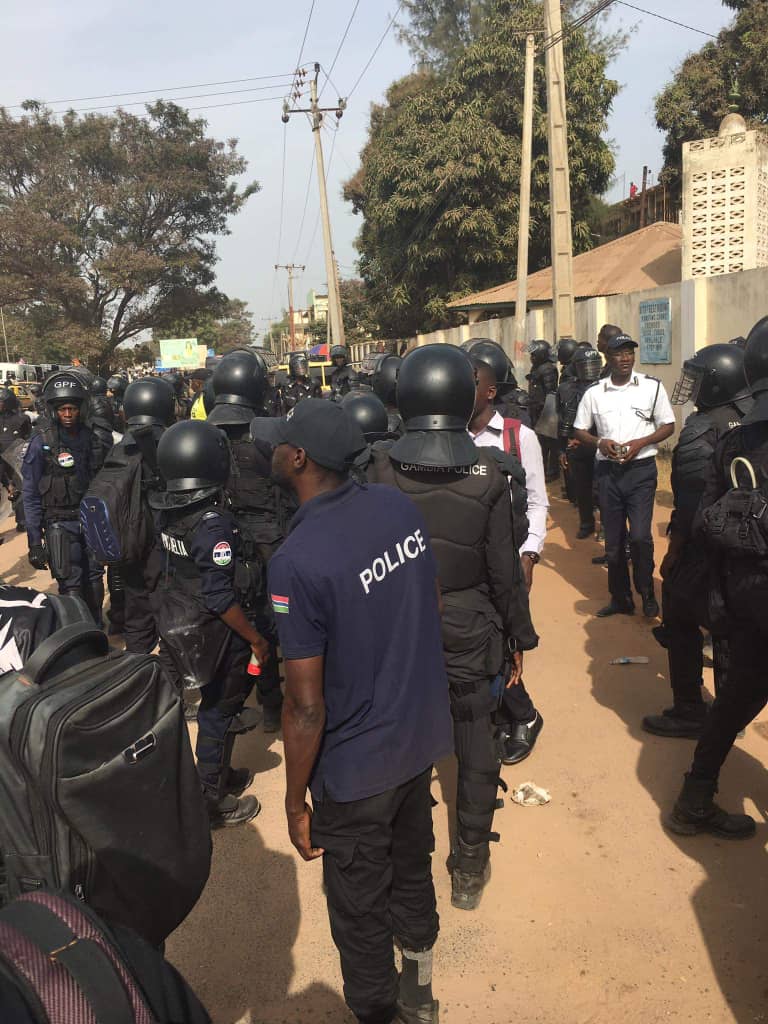 They were arraigned before the Kanifing Magistrate’s Court on Wednesday, 29th January 2020.

The 3 charges are; unlawful assembly, rioting after proclamation and rioters demolishing structures contrary to sections 70, 74 and 76 of the Criminal Code respectively.

The 3 Years Jotna Movement held their first protest on 16th December 2020 and petitioned the President to honour his campaign promise to Gambians and step down in January 2020.

They took to the street for the second time on Sunday, 26th January 2020 demanding for President Adama Barrow to step down. This protest however turned out violent.

On the second charge, rioting after proclamation, the accused persons are alleged to have continued with their protest by disregarding the proclamation made by Deputy Superintendent of Police Alagie Jallow in the name of the President of the Republic to disperse peacefully.

On the final charge, rioters demolishing structures, the accused persons are alleged to have assembled together and unlawfully destroyed the Gambia Technical Training Institute students’ waiting shed by setting it on fire.