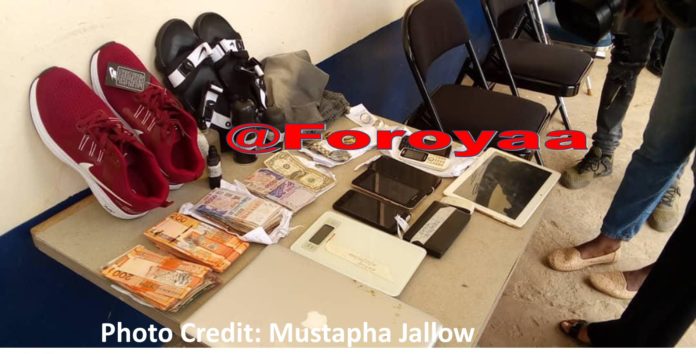 The Police spokesman, Superintendent (Spt.) Lamin Njie, has on Monday confirmed that 4 foreign nationals who were allegedly accused of stealing diamond, gold, foreign currencies and other items were remanded on 15th June 2020.

He said the suspects have appeared before the Kanifing Magistrates’ court, but couldn’t fulfill the bail conditions laid down by the Court and were later remanded.

Spt. Njie added: “Bail is open for them, but they couldn’t fulfill the court’s bail conditions and were remanded.’’

It could be recalled that personnel of the Anti-Crime Unit few days ago arrested and detained four people for their alleged involvement in stealing from their employer in Fajara.

The suspects involved are Cherno Ngum, a Senegalese national, Alasana Krubally, a Malian, Yankuba Tangara a Malian and Alieu Tangara a Malian as well. They were charged with break-in and stealing, according to Police spokesman.

The disclosure was made during a parade of the detainees at the Police Anti-Crime Unit camp in Bijilo on 10th June 2020.