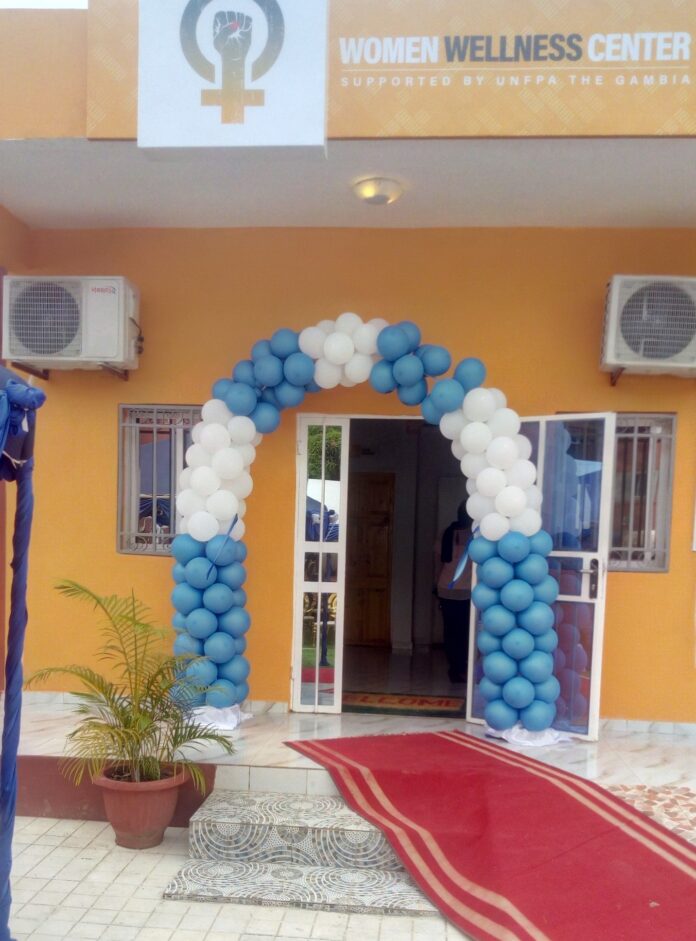 The Women Empowerment and Peacebuilding Center is an initiative of the United Nations Development Fund (UNFPA) in partnership with the Ministry of Gender, Children and Social Welfare, and the Network against Gender-Based Violence.

The center is a “One Stop” center that will provide emergency care services to survivors of Gender-Based Violence (GBV) through an integrated supermarket approach. It brings together mental health and psychosocial support services, law enforcement and health services in one space.

Supported with funding from the UN Secretary General’s Peacebuilding Fund, the center is a model for GBV service provision and the delivery of survivor-center care, and support towards UNFPA’s work to ensure that every pregnancy is wanted, every childbirth is safe, and every young person’s potential is fulfilled.

Kebba Manneh, the CEO of Bundung Maternal and Child Health Hospital, said the day marks a new beginning in the history of the hospital and described the center as a magnificent ultra-modern edifice to be used as a one-stop center to provide medical and psychosocial support services to survivors of sexual and gender-based violence in the catchment areas of Bundung and its environment in the Kanifing Municipality.

“It is envisaged that this one-stop center otherwise called the women wellness center making it more accommodative, as it would allay the stigma associated with survivors of sexual and Gender-Based violence,” Manneh added.

CEO Manneh is of the belief that the center would help significantly in addressing the medical and psychosocial concerns of survivors of sexual and gender-based violence.

NGVB National Coordinator, Mr. Sowe, noted that since 2013 his network has been supported by different partners to establish one-stop centers in hospitals across the country.

He told the gathering that the center will aid people particularly women and girls to uncover GBV meted out on them and make decisions on their own about the course of action to be taken about their case.

“GBV is a serious violation of several human rights as it has the potential to inflict different forms of harm including physical, psychological, sexual and economic harm. It is one of the most prevalent human rights violations in the world with studies showing that an estimated 1 in every 3 women worldwide will experience some form of physical or sexual abuse in her lifetime,” detailed Kunle Adeniyi, UNFPA The Gambia Country Representative.

He averred that GBV undermines the health, dignity, security and autonomy of its survivors, and yet it remains shrouded in a culture of silence.

Representing the Minister of Health, Muhamadou Lamin Jaiteh, the Permanent Secretary MoH, applauded UNFPA for their support to the maternal and reproductive health and gender-based violence response among other important interventions.