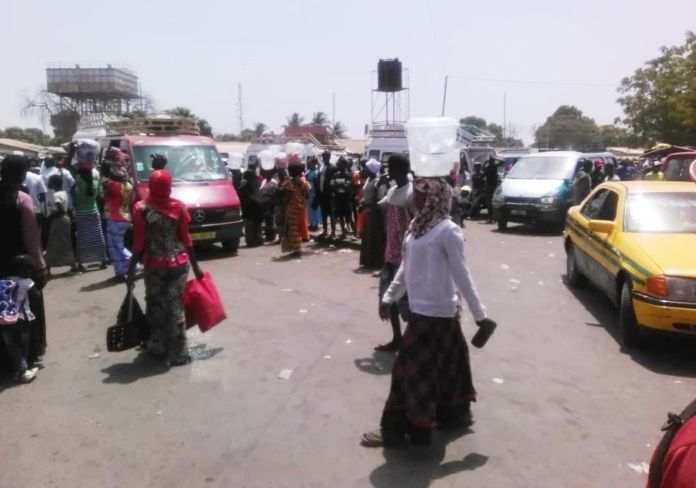 The downsizing of passengers on all commercial passenger vehicles continues to cause challenges between commuters and drivers leading the two to engage in quarrels and confrontations during their journey.

Malang Sonko who plies between Brikama and Serrekunda with his van, said the presidential proclamation does not favor them economically in terms of the fuel price they buy and the number of passengers they have been ordered to carry; that they now run at a loss in terms of what they give to vehicle owners and what they spend on fuel; that upon all this, some passengers who lack understanding report them to Police Officers for charging above the normal fares. Sonko said these are not normal time, adding extraordinary measures are required for them to also apply in order to get something to sustain them and their families.

Babucarr Ceesay another driver at the Brikama car park said the Ministry of Transport is yet to fully clarify this situation concerning the cost of fuel and transport fares between destinations; that the only solution to this problem is either for fuel prices to decrease or passenger fares to increase; that only through this can the transportation and fares issue be settled for all and for once. Ceesay also complained bitterly of police harassments during their work; that the Police usually stop them and ask their passengers to disembark from their vehicles; that this causes delay and losses in their journeys.

Awa Njie, a commuter who travels between Brikama and Serre Kunda, said she finds it very challenging to get a vehicle to travel from or to Brikama; that she is forced to pay several fares as a transit passenger before she reaches her destination to and from Brikama, which she said is a very unfair game played on them by drivers.