Pa Modou Bojang, a journalist who claims to be molested, yesterday 18th July 2018 testified before the Commission. He told the Commission how he was kicked and beaten with batons by several PIU personnel until he could no longer feel the pain, details of which are below.

The Commission was set up by the President to probe into the unfortunate incident of 18th June 2018, when live bullets was sprayed on unarmed demonstrators, leaving three people or more dead and scores seriously injured. 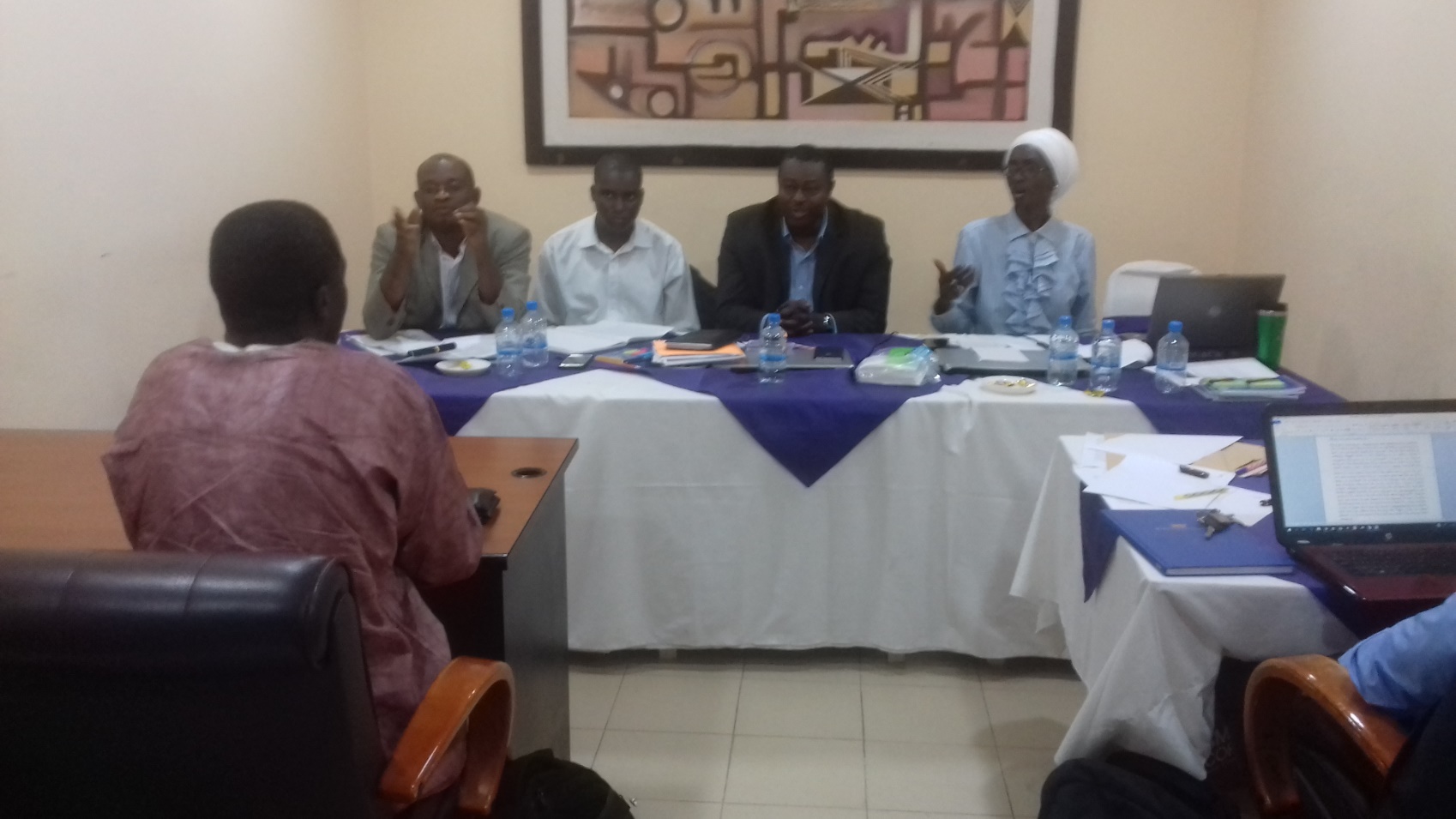 In his testimony, Pa Modou said he was in the UK until last February when he came back to resume his journalism work. On the 26th of May, he said he received several phone calls, some from natives of Faraba Banta and some from the people he does not know. As the CEO of Mingbe Jering platform he said he always verifies programmes and problems to be aired. He said he runs a programme that attracts a minimum number of 13 thousand viewers. Because of credibility and accuracy, he decided to be present at the scene.

He testified that on the 26th May 2018 he received a call from one Alagie Sanyang from Faraba Banta and was informed that there will be a village meeting on the same day. So when he arrived, he said he met the villagers at the Bantaba and asked Alagie Sanyang the reason for his call but Alagie told him that the purpose of the meeting was to inform the villagers of the outcome of their meeting with the former IGP and VDC. As a journalist, he said he assembled his gadgets and started recording as the meeting began. Then during the meeting he said he saw 2 to 3 paramilitary trucks; and that though their passing interrupted the meeting for about 5 minutes, he continued recording and covering the meeting.

After the meeting, he said he went into the village and interviewed some of the villagers and he did several interviews with the women, most of who complained that sand mining destroys their “faros” (rice farms). He said he went to the mining site and took a video of the place, adding that he went to interview one Alagie Jung Conteh to have another side of the story because during his earlier interview with the village women, allegations were raised against Jung Conteh.

He said he later tried to meet the Chief and the Alkalo after his interview with Jung but the Alkalo declined the interview and told him that if he (Alkalo) should have an interview with him, it could be used against him in future.

Then he said he went back to the place where the paramilitary were stationed to get Julakay’s side of the story but he couldn’t meet Julakay; that instead his son Lamin Marenah was the one he met but Lamin told him that he cannot have an interview with him on that day. Pa Modou also said he met the paramilitary in their uniform gears with guns and batons.

He said he was taken to a mining site shown to him by the women he interviewed and they told him that, this is site sold by Jung Conteh and others to Julakay without their consent. He said the following day, Lamin Marenah son of Julakay, called him and told him that he saw the video uploaded by Pa Modou but that what the villagers told him during the meeting was all false, that the whole village agreed for Julakay to mine but only few disgruntled ones did not accept. But he said he responded by telling him that, “I gave you the benefit of the doubt but you turned it down”.

After few days he said Lamin Marenah called him again and said to him that it’s Alagie Sanyang the VDC chairperson who is the cause of all these problems, but that his response was to ask him why and how? The witness added that Julakay promised to give the village one hundred thousand Dalasi and at one time Alagie Sanyang came to their office and told them that the village has no Bank account and further requested for the money to be paid into his personal Bank account but that his father (Julakay) refused which, he said, led Alagie to go back to the village to ‘mislead’ the villagers.

The witness said he told Lamin that it would have been better to mention all that in an interview he offered him but instead Lamin turned it down. But he said, during their conversation, Lamin told him that “I am ready to do the interview and if you want I can meet you in your studio in Brikama.” He said they booked an appointment for the next day but that the following day, he received a call from Lamin that he could not make it because he had social issues to settle. Pa Modou said he was unable to grant Lamin the interview after Lamin asked for another chance because he gave him several chances which he turned down.

On the 18th June 2018, at 6am Pa Modou said his phone started ringing and in numerous times, then he was asleep but luckily he was able to answer the phone. He said Alagie Sanyang called at 6:30am and told him that he heard on the radio that Julakay will start mining at Faraba on the fateful day of 18th June 2018; that on his way to Faraba, he received a call from one anonymous caller who told him to go to the Brikama Health Centre to see the villagers that were shot by the Paramilitary but he said he couldn’t and proceeded to Faraba using double signal as he drove. He further said that as he reached Faraba around 9am he found the villagers very upset but couldn’t see any paramilitary and later was he told by one Suwaibou that the villagers chased away the PIU personnel and burnt down the Caterpillar of Julakay.

Then he said he went to the place and saw the Caterpillar in flames and two trucks that were already burnt.

He went on to say that he later had an interview with Suwaibou but that during the interview, they got interrupted by gunshots and he told the interviewee to go and hide because he is a journalist; that the PIU then went past him and moved towards the village but later he saw the PIU running back in retreat because the villagers were stoning them.

Continuing, he said that all of a sudden 3 different PIU personnel passed; that though the first two continued the last one  told him that, “you journalists cannot do anything other than tell lies” in the Mandinka language.

The witness said that the PIU personnel then called one of his superiors and showed him his (Pa Modou’s) card but he was asked whether he took any video or picture and he responded in the positive; that he was asked to show the video which he did.

He then told the Commission that as he was taking his phone from the other PIU personnel the one who reported him hit his hand and the phone fell down on the ground but before he could pick it up, the PIU picked it up and gave it to him. He said he was then asked to format the phone. He said he told them that he could not format the phone, otherwise he would lose all his relevant documents and some of his UK Apps but the PIU personnel insisted that he must format the phone. He added that when he told him that he could not do that the PIU personnel slapped and kicked him; and that he then he saw other PIUs coming towards him, almost six of them, and they kicked and beat him with their batons until he couldn’t feel the pain any more.

He said he then told them, “you will kill me because I am a heart patient.”

He added that one of them told him that, “here is a bush, we will kill you and bury you, you journalists are liars.” He stated that at this point one the PIU drivers begged his fellow officers to forgive him. He said he was later asked to board a PIU truck but he said he couldn’t because he was very weak; that meanwhile one of them said “handcuff him before he runs away”; then as he tried to board the truck a PIU personnel came and hit him with a baton on the back of his head and he was put on the truck.

On board the truck, he said he met 3 other villagers, one of them by the name Salif Darboe, who told him “Mr. journalist, I am going to die and if I die, make an announcement of it”.