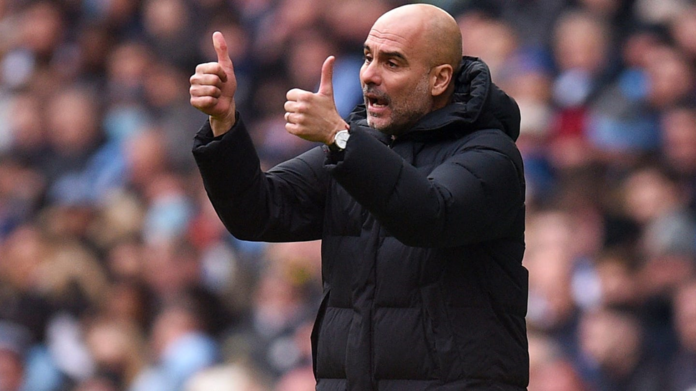 Farmer’s League: a derogatory term for a football league that lacks quality or competitiveness.

It’s a sneer that has grown in popularity among English fans who look down on countries where the title winners are seemingly known before the season even starts.

While the Premier League generally kicks off with four or five teams believing they can challenge for top spot, some feel that in the top flights in Germany, France and Italy, the champions can be easily predicted.

For example, anyone who has tipped Bayern Munich, Paris Saint-Germain or Juventus to win their respective leagues over the past nine years would have been correct 90 per cent of the time.

The Premier League, by contrast, has had five different winners during that time.

However, with Manchester City presently 11 points clear at the top of the table midway through January, there is an increasing concern that English football could be going in the same direction.

Pep Guardiola’s side are heading towards what would be a fourth title in five years, with their domination and control of games seeing the possibility of a three-horse title race slipping away.

City extended their winning streak to 12 matches on Saturday with a 1-0 victory over second-placed Chelsea, who could only manufacture a single shot on target.

Thomas Tuchel had complained that the European champions were finding it difficult to stay in the title race and now it seems that only Liverpool – 11 points behind with a game in hand – have any hope of overhauling the runaway leaders.

So, is the Premier League becoming a procession? Is it, in reality, no more competitive than the Bundesliga or Ligue 1?

Before attempting to answer those questions, it’s worth pointing out that football fans in Germany, France and Italy might take issue with the jibe, believing teams have had to fight harder for title glory than English fans believe.

Bayern have won the last nine Bundesliga titles but the 2019 season was only settled on the final day, while neither PSG nor Juve are currently the reigning champions of France or Italy, respectively.

It’s also worth remembering that dominance is cyclical and hardly a new phenomenon, even in England.

City have been superb since Guardiola’s difficult first season in Manchester but they are hardly so far ahead of their rivals that the title race was considered a foregone conclusion in August.

Champions League winners Chelsea were expected to mount a serious challenge after adding £98 million ($136m) striker Romelu Lukaku to a squad that beat City three times at the end of the last campaign. Liverpool were expected to challenge again with Virgil van Dijk back from long-term injury to take charge of the defence, while even Manchester United were considered challengers after adding Cristiano Ronaldo, Jadon Sancho and Raphael Varane to a side that had finished second.

However, Chelsea have won just four of their last 13 Premier League matches, while Sunday’s win over Brentford was Liverpool’s first in four outings.

Liverpool are currently on course for a total of 81 points, which would only be enough to guarantee two titles this decade, Chelsea’s projected total of 74 points would not be enough to win any Premier League in its history.

But the title race is far from over.

Liverpool have a game in hand and a trip to the Etihad Stadium that, if won, would reduce the gap to just five points and Jurgen Klopp’s side are more than capable of putting together a winning streak to put City under pressure.

The champions’ form may be intimidating but they are certainly not unbeatable.

Just ask Crystal Palace, who deservedly won at the Etihad Stadium, or Southampton or Wolves, who can point to controversial refereeing decisions for failing to do the same.

And what about Arsenal, who were the better side in a self-inflicted 2-1 defeat on New Year’s Day, or Leicester, Tottenham and West Ham, who have all beaten City in different competitions this season?

Of course, Guardiola’s side have started to push the bar in terms of what’s required at the very top.

Should they reach a projected 97 points, it would only be for the fifth time in Premier League history. But all five instances occurred in the last five years (City twice and Liverpool twice).

Guardiola will get plenty of credit from his club’s fans for their brutal and relentless dominance, but there will always be detractors ready to snipe at City’s achievements.

When it comes to their success, sooner or later the subject of money will come up. The wealthiest clubs have generally always been the most decorated.

City are certainly no different, having spent more than anyone else since Sheikh Mansour took over the club in 2008, with huge amounts lavished on star players to give Guardiola the quality to mould his side into a machine.

Against Chelsea, other than academy graduate Phil Foden, every player cost more than £35m ($47m).

However, Tuchel’s squad was hardly compiled on a shoestring and while he complained that City had coped better with Covid-19 and injuries, eight of his nine substitute options were full internationals, while four of Guardiola’s bench had played three minutes in the Premier League between them.

So, as strong as City’s squad undeniably is, there are plenty of holes.

After all, they are going through an entire season without a natural striker or an orthodox left-back, even if Joao Cancelo has been exceptional since being thrust into the role.

City wanted Harry Kane in the summer but when it became clear that he wouldn’t leave Tottenham, a decision was made to continue with what they had rather than buying a misfit in the hope they might be a success.

Ronaldo’s desire to quit Juve saw him saw him emerge as an option but City’s interest ended when United were spooked into a panic buy. City decided to regroup, to wait until summer 2022 before making a far more sensible purchase.

United are an example of a club that have made several costly errors in the transfer market in recent years, not least paying crazy fees or massive wages for players such as Alexis Sanchez, Harry Maguire and Fred – all of whom were wanted by City but dropped when the numbers involved in the proposed deals sky-rocketed.

Sitting seventh in the Premier League, with an interim manager and players wanting to leave, United are the counter-argument to the old adage that money buys success. They are proof that financial power is only a factor if you’re capable of spending shrewdly.

City are certainly in the middle of a golden period but history suggests that they are highly unlikely to stay there forever, particularly given the quality of rivals such as Liverpool and Chelsea, who have won two of the last three Champions League between them.

Guardiola had incredible success with Barcelona and Bayern Munich but is under no illusions what it takes to keep his squad motivated to keep them at the top.

“To win and win, in this country, in this league, this is my best title I have and the best I will have when I leave,” was his conclusion after beating Chelsea on Saturday.

As far as Guardiola is concerned, the Premier League is certainly no Farmer’s League. City are merely a cut above some top-quality rivals right now.