with Madiba Singhateh Amadou Camara talks on the role and activities of the National Youth Parliament  CONTINUATION  What are your challenges?  We do have many challenges because of misconceptions, once people hear that we are youth parliamentarians, they think we are in confrontation with the powers that be, but rather we are genuinely committed and, if anything, are cordial partners of the stake holders, be it the National Assembly and youth organisations we work with, particularly the National Youth Council.  Secondly, it is getting the right messages to people. We know exactly that the effective medium of communication in the Gambia today is the national languages, so we are training our members to adopt that medium as well. We also create a platform where we can have dialogue for the future of our country, such as radio programmes which can be monitored in all the regions in The Gambia. We have radio programmes that put in place panel discussions where members of the youth parliament can discuss issues that matter to them, and people can text and call in to have constructive dialogue on the country. It is all geared to securing a better Gambia.

We have moderators from the National Youth Parliament who run these radio programs in tandem with elected officials among the National Assembly members, councillors, mayors /mayoresses and their deputies. There has been a sense of discontentment and disillusionment among the electorate in the Gambia with their elected representatives who are not active in dealing with the problems of the people that they must care about. Some even say their National Assembly members confine themselves only to the Capital Banjul and never frequent their constituencies in order to maintain links with the electorate. As Youth Parliamentarians, we are saying that this will be a thing of the past. Is your relationship with the National Assembly cordial? The relationship is actually cordial in the sense that we do observe the sittings of the National Assembly as youth parliamentarians during the Public Accounts Committee and Public Enterprises Committee (PAC/PEC) sessions.  We write our reports and update our members on social media. When we invite the National Assembly members to our programmes most of them would come. I am very delighted to reveal that they are very receptive to the idea of having a youth parliament to shadow the National Assembly. Do National Assembly members honour your invitation to the radio programmes?  It is not all rosy on the score board. Some parliamentarians are very reticent and reluctant to come on these shows for reasons best known to them. I believe that you should be transparent enough with the people who voted you into parliament to at least come to them for scrutiny if you believe you are having decisions right. Sometimes when you invite them to the radio programme, some would not respond positive while others are so receptive and keen. Look at the young people who resort to the back way to Europe venture. This is an indication of their deep dissatisfaction and disillusionment with the situation and the desire to succeed in life. I am therefore saying to the young people to take charge of their destiny by trying to engage in meaningful ventures.]]> 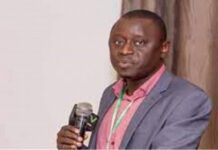 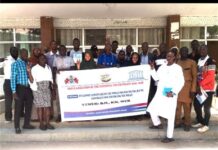 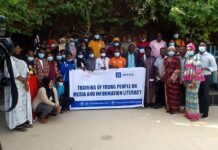