The group’s chairman and 3 others were picked up by personnel at the Police Intervention Unit (PIU), at 3pm outside the Serrekunda General hospital and escorted to PIU headquarters in Kanifing, where they are held.

Security forces and men in mufti were seen effecting arrest of protesters who were throwing stones after they were thrown tear gas by the PIUs. While at the scene, a lot of the movement’s supporters were arrested, including women and several were injured – and currently hospitalized.

3 Years Jotna’s supporters have been permitted to hold a protest at Sting Corner. Demonstrators converged at this point but later on, the music and chanting turned to confrontation between the protesters and the security forces.

The tension was high and angry protesters could be seen throwing stones and burning car tyres at Old Jeshwang and Westfield high way.

At 2 pm, members of the armed forces were reinforced on the ground and the crowd was later dispersed. Residents of Jeshwang were also seen going from house to house to fetch water to extinguish the fire on the streets. 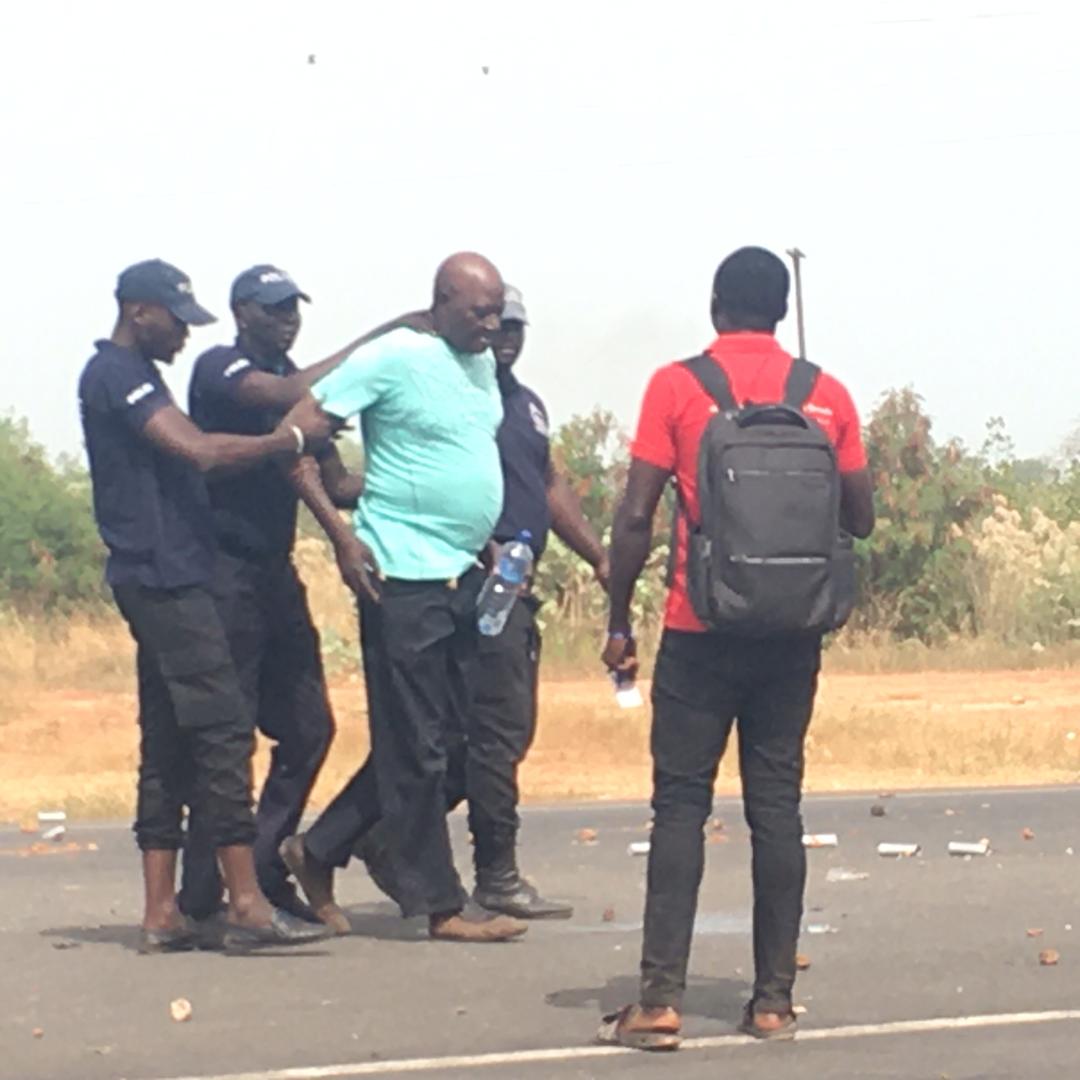 Fatou Kijera, a protester said, “We came-out for a peaceful protest because what our executives said is that we are going to start the protest from Sting Corner to Denton Bridge.” 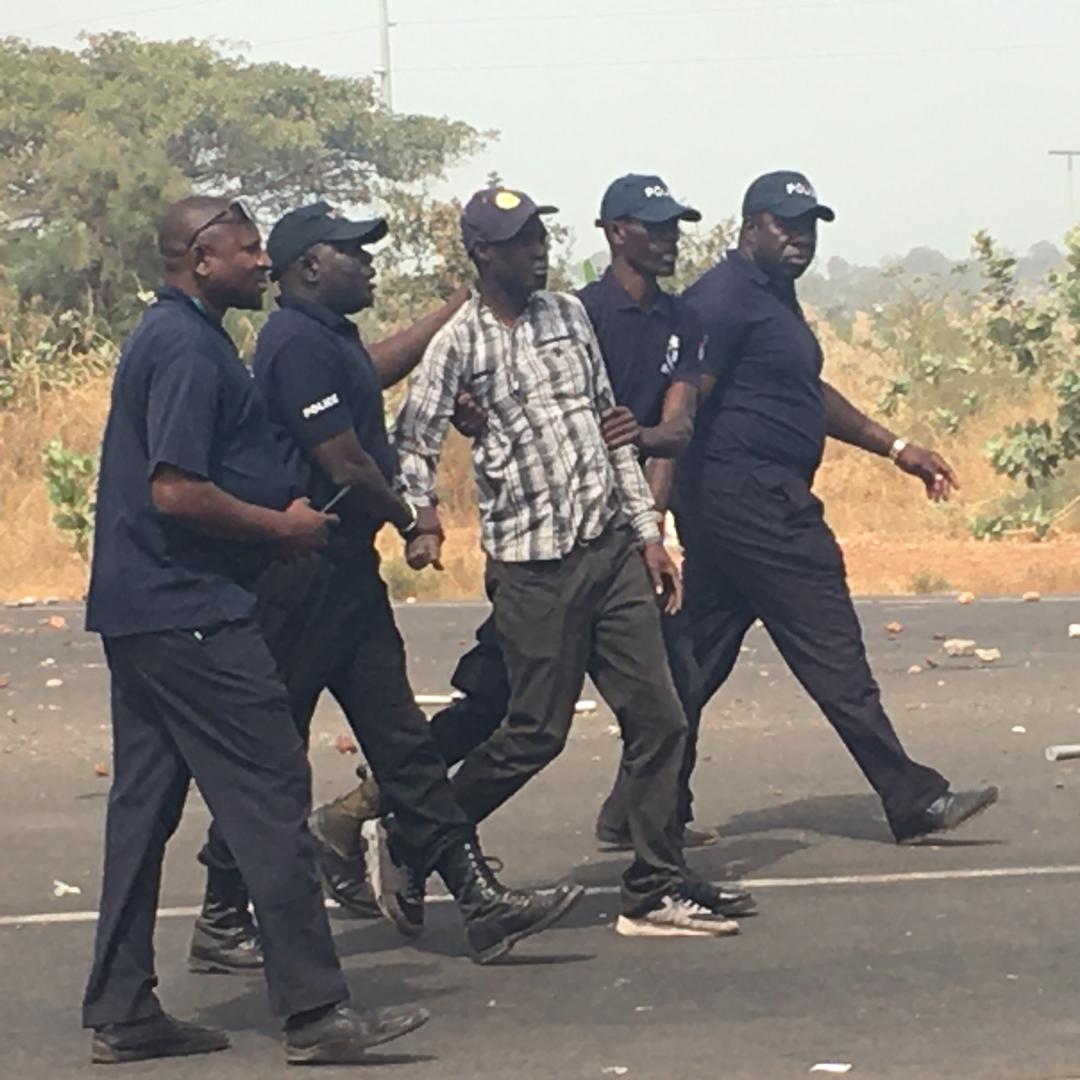 According to her, there was a push and pull between the protesters and the PIU personnel, which later led to stoning and releasing of tear gas. She added that most of her colleagues were arrested and taken away.

“When the situation arose, I decided to run for my life. I ran into a compound and someone helped me with a shirt. I was able to change the movement t-shirt and that’s why I escaped arrest,” Kijera who was found at the Kanifing General Hospital said. 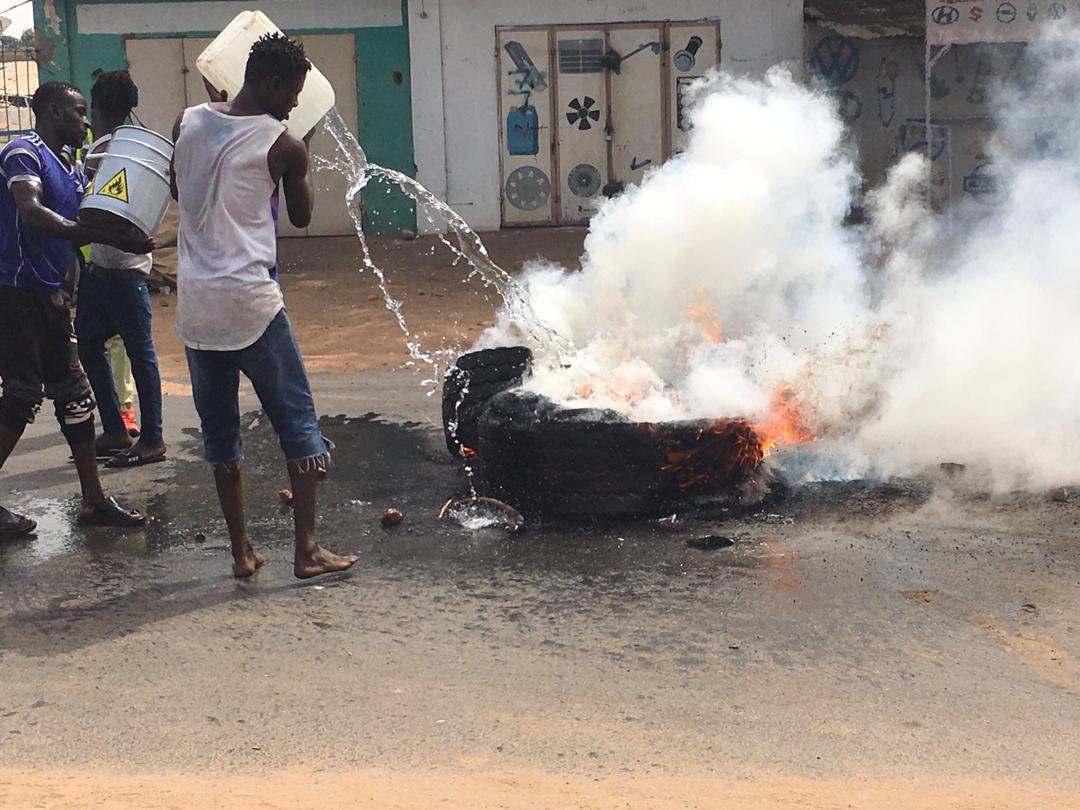 “I feel bad today because some of my colleagues were injured and arrested. I am here to show solidarity to those who were hospitalized,” she said. 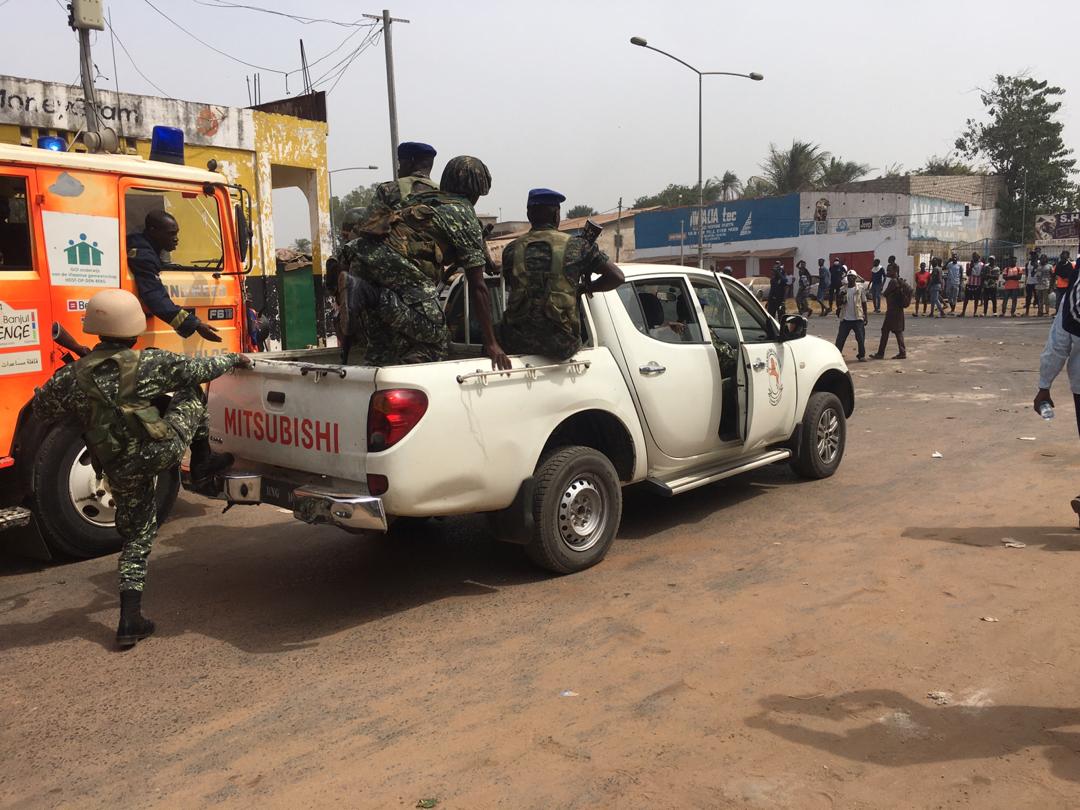 Binta Ceesay, a protester was also seen being arrested by security forces. She was asked by journalists whether she was arrested, she replied: “My name is Binta Ceesay and yes I am under arrest.’’