The Youth empowerment Project (YEP) in partnership with Innovate Gambia on Monday launched the ‘Andandoor’ Creative Industries (CI) programme at a ceremony held at the Innovate Gambia office in Fajara.

The launch of ‘Andandoor’ is supported by the European Union (EU) and the programme is jointly implemented by key ecosystem stakeholders with innovate Gambia as the lead agency for the CI sector. 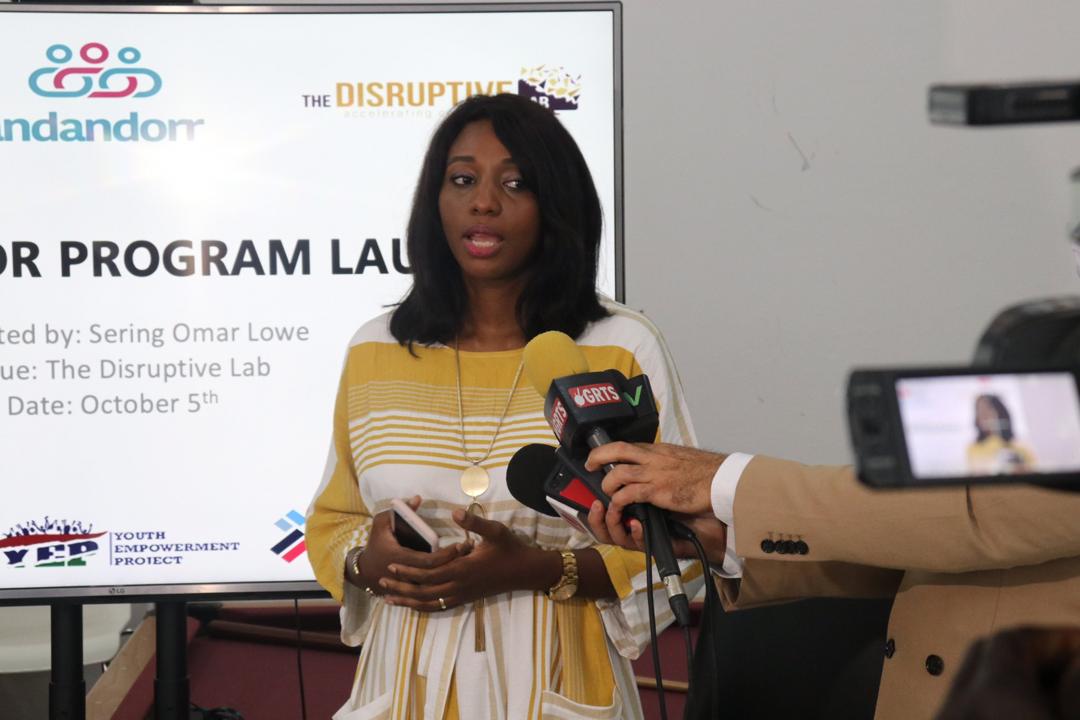 Speaking at the ceremony, Serign Omar Lowe, Director of the Disruptive Lab, said Innovate Gambia was created to foster and elevate economic development in The Gambia.

“It started with the notion of rebuilding and revitalizing the country by increasing innovation, technology, entrepreneurship, and workforce development to help with redevelopment and innovation in The Gambia,” he said.

Lowe also said Innovate Gambia is a registered nonprofit organization and it was designed to support and revitalize the country and help the economy. He said it has four components.

Fatim Badji, Consultant for International Trade Center (ITC), said the Andandoor programme is a pilot entrepreneurship initiative aimed at helping businessmen build their businesses and it is divided into three sectors.

She said that the Andandoor programme targeted 110 young Gambian people including women at the age of 35 and it will be supported with business plans.

“The main ambition of this Andandoor programme is to ignite, support creative industries to drive the economy into an interesting way,” she said.

Meanwhile, the 30 entrepreneurs will benefit from tailored business support coupled with coaching and mentorship from both local and global business leaders.

QUESTION OF THE DAY The Constitution is the supreme law of the land. The IEC must obey the dictates of...
- Advertisement -
National