Halifa Sallah Maintains “The Next Change Should be System Change”

By Yankuba Jallow The People’s Democratic Organisation for Independence and Socialism on Saturday embarked on a Caravan Tour of Banjul...
Read more

Mami Minteh, the wife to Yankuba Touray has on Tuesday, 4th August begun giving testimony before the Banjul High Court.

Minteh said she married to Touray in 1991, adding they used to live together at Tobacco Road, Banjul. She said after July 1994, she moved with her husband, Touray to Cape Point where they lived for some months before finally settling in Kerr Sering. 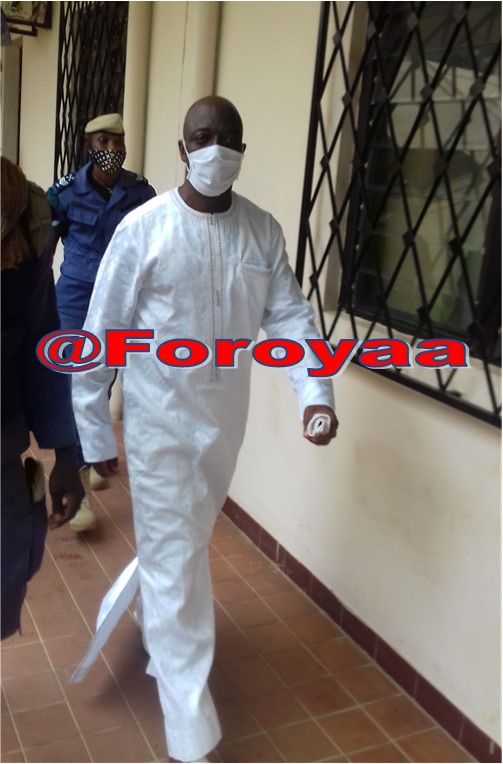 Touray was a onetime long serving Minister of Local Government and Lands. He was also a member of the Armed Forces Provisional Ruling Council (AFPRC) after toppling the PPP 30-year regime.

His arrest and subsequent prosecution came after his refusal to testify before the Truth, Reconciliation and Reparations Commission (TRRC) in June 2019.

The former military officer turned politician was accused of the murder of former Minister of Finance, Ousman Koro Ceesay under the AFPRC reign. The prosecution alleged that Touray used a pestle-like weapon to murder Ceesay in June 1995 at his (Touray’s) residence. Touray denied any wrong doing as he pleaded his constitutional immunity, but the court entered a plea of not-guilty for him.

The witness who is the second defence witness recalled that while living in Cape Point, she used to live with the accused person, Awa Minteh, Fatoumata Touray, Mariama Minteh and a house maid.

“When you were living in Cape Point do you have any relationship with your neighbours?” Asked Lawyer Abdoulie Sisoho.

“No,” the witness replied.

“When you were living in Cape Point have you visited any of your neighbours?” Lawyer Sisoho asked.

“No,” the witness replied.

Halifa Sallah Maintains “The Next Change Should be System Change”

Pastef leader, Ousmane Sonko, was on Friday arraigned before a judge in the Senegalese capital, Dakar. His woes came on the heels of allegation leveled...
Read more

By Nelson Manneh The Inspector-General of Police (IGP), Mamour Jobe has been tasked by the Truth, Reconciliation and Reparations Commission (TRRC) to produce July- August...
Read more

By Nelson Manneh Babucarr Jatta, the former Minister of Interior, has admitted before the Truth, Reconciliation and Reparations Commission (TRRC) that the killings of the...
Read more
FOROYAA Newspaper is your premier Gambian community portal delivering news on politics, legal affairs and more. We provide you with the latest breaking news and videos straight from The Gambia and the rest of the world.