When Will Land Disputes Be Addressed?

This column is devoted to monitor and report on issues that relate to production, processing, preservation and marketing of agricultural produce, aimed at ensuring food security in the Gambia as well as the interventions of Government and Non-governmental Organizations, in this regard. Agriculture remains both a new and old source of national revenue and (youth) employment. 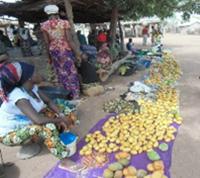 Improved public awareness and discussion of the issues involved, will significantly maximize agricultural outcomes and the contribution of the sector to economic growth and job creation.

This is precisely the reason why Farmers’ Eye is critically looking at every Agricultural programme or policy, to gauge whether our Agriculture and Natural resources are properly harnessed to ensure food self-sufficiency.

In the last Edition, we indicated that Section 192 of the Constitution states: “there shall be established a Land commission whose composition, functions and powers shall be prescribed by an Act of the National Assembly.”

This Act has already been passed and assented to but the commission is yet be functional.

Farmers’ Eye column called on the Executive to make this commission functional to address the series of land disputes in the country highlighted the major constraint of Agriculture which is land as land is key to Agricultural production and Land disputes are on the increased particularly at this time of the year as the rain season is fast approaching.

In this Edition, we shall deal with rights and responsibilities related to tenure.

RIGHTS AND RESPONSIBILITIES RELATED TO TENURE

-All parties should recognize that no tenure right, including private ownership, is absolute.

All tenure rights are limited by the rights of others and by the measures taken by States necessary for public purposes.

Such measures should be determined by law, solely for the purpose of promoting general welfare including environmental protection and consistent with States’ human rights obligations.

Tenure rights are also balanced by duties. All should respect the long-term protection and sustainable use of land, fisheries and forests.

-Based on an examination of tenure rights in line with national law, States should provide legal recognition for legitimate tenure rights not currently protected by law.

Policies and laws that ensure tenure rights should be non-discriminatory and gender sensitive.

Consistent with the principles of consultation and participation of these Guidelines, States should define through widely publicized rules the categories of rights that are considered legitimate.

All forms of tenure should provide all persons with a degree of tenure security which guarantees legal protection against forced evictions that are inconsistent with States’ existing obligations under national and international law, and against harassment and other threats.

-States should remove and prohibit all forms of discrimination related to tenure rights, including those resulting from change of marital status, lack of legal capacity, and lack of access to economic resources.

In particular, States should ensure equal tenure rights for women and men, including the right to inherit and bequeath these rights.

-States should consider providing non-discriminatory and gender-sensitive assistance where people are unable through their own actions to acquire tenure rights to sustain themselves, to gain access to the services of implementing agencies and judicial authorities, or to participate in processes that could affect their tenure rights.

Source: Voluntary Guidelines on the Responsible Governance of Tenure. Courtesy of FAO and CFS.