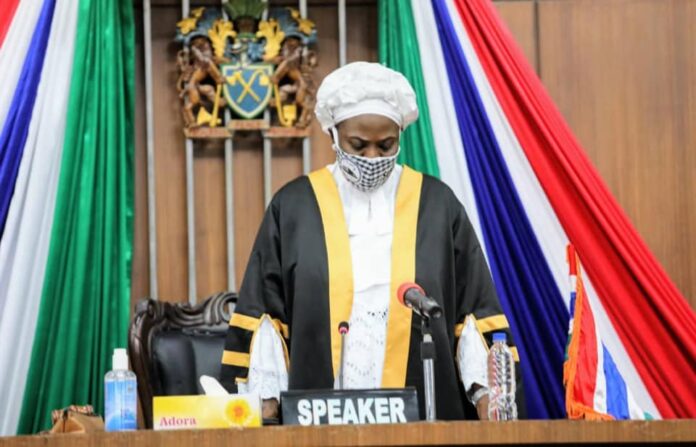 In her opening remarks, the Speaker indicated that she would like to inform the members the issue raised by the member for Serrekunda regarding the media has been resolved.

However a statement made by the President of the Gambia Press Union, Mr Sheriff Bojang, can be summed up as follows:

He said on Monday 14th September 2020 a group of Journalists went to the National Assembly to cover the proceedings but were told only QTV, GRTS and Eye Africa were allowed to get into the House.

He said on Monday, 14th September 2020 he went to the Parliament and met the authorities there and had a long discussion with the Communications Director and the Clerk who both insisted that it was done on health grounds to protect everyone that comes to the House including journalists.

He added: “We have seen countries on war all over the world, all other people could be banned from entering certain places but Journalist are never banned – they are always in the frontline.”

“The GPU knows that this is a trying time but the method used by the Parliament was wrong. First of all nobody was contacted, nobody at the GPU was consulted directly or indirectly. I personally knew it the night before,” he said.

Bojang said apart from healthcare workers he doesn’t know any group of people who are mostly infected with the virus than journalists. He said 43 journalists contracted the Coronavirus.

“The head of communications at the parliament at the end of the day said journalists can go in to the gallery but upstairs. The problem upstairs is that when you are there is as good as not being in Banjul because when you are there you cannot get what the parliamentarians are discussing because there is no speaker, if you are a cameraman you cannot film anything,” he said.

He said the GPU does not rule out taking the matter before the court or the National Human Rights Commission.

He said all the GPU wants now is for the National Assembly to change its decision and allow journalists to do coverage.

“We want to give dialogue a chance but we don’t rule out going to the courts or the National Human Rights Commission,” he said.