What Is Happening To Gamcel?

More than three hundred vulnerable farmers in the Upper Baddibou District of the North Bank Region on Monday June 17th 2019, receive certified seeds from the United Nation’s Food and Agriculture Organization (FAO), through the Ministry of Agriculture, at the seed Fair in Farafenni. The event which was jointly organized by the National Seed secretariat (NSS), FAO and other key partners, is financed by the European Union (EU) funded project called “Agriculture for Economic Growth and Food Security/Nutrition, to Mitigate Migration Flows”. 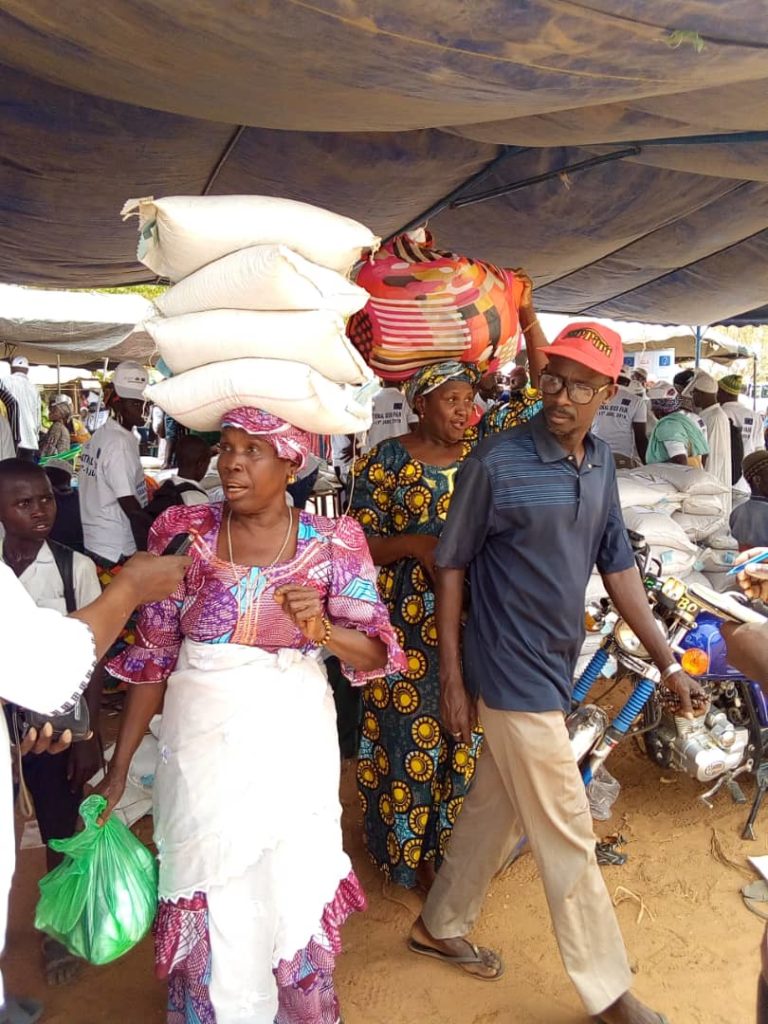 A total of 11, 457 registered households in the five agricultural regions of the country, were identified in during an assessment exercise in March this year, spearheaded by the National Disaster Management Agency (NDMA).

In a statement read on her behalf by the Assistant FAO Representative and Head of program Haddy Lamin Njie, the FAO Country Representative Dr. Perpetua Katepa Kalala indicated that this year’s seed fair builds on the gains and lessons of last year’s event which resulted to at least 50% certified seed production and the registration of 108 certified seed growers, five of whom are managing seed enterprises; that they successfully participated in FAO’s competitive bidding process for the procurement of seed. The FAO Country Representative asserted that this signifies a tremendous improvement in meeting the national seed requirement and shows a clear sign of the formulation of a seed industry.

“In fact, the record from the National Seed Secretariat in January 2019 revealed that the country’s certified seed needs for groundnuts was self-generated by 56% and maize by 71%,” she stated.

Kalala thanked the European Union for entrusting its resources to FAO and WFP, in the execution of the project.

Deputising for the North Bank Region’s Governor, the Chairperson of the Kerewan Area Council Malamin Bojang, thanked the organisers for choosing his region to stage this important occasion.

“Seed is critical in boosting productivity because farmers cannot get good yields from their farms without quality seeds,” Bojang stated. He called on farmer beneficiaries to ensure that the certified seeds donated to them, are multiplied to enable them have quality seeds in future. “One way of doing this is by supporting yourselves and consulting extension workers for advice on planting methods, time of applying fertizer and weeding.

On his part, Dr. Adetumi Johnson an FAO seed consultant, said food shortage or scarcity is a crises that no nation wishes to experience. He said prolong food shortage can lead to violence amongst communities. The FAO seed consultant asserted that in 2012, the UN Secretary General launched the zero hunger challenge to inspire a global movement towards a world free from hunger within a decade; that the concern now is how the world can be free from hunger in this era of ever increasing population, climate change, urban migration and low productivity.

“It has been identified that one of the approach to have zero hunger in the world is to have an increase in smallholder productivity and income. Increase agricultural productivity is best achieved when the quality of seed used by farmers is guaranteed. And the quality of seed can only be guaranteed when the whole production chain is handled by technically competent personnel,” he concluded.

Saikou E.Sanyang who deputized for the Minister of Agriculture, asserted that many interventions are needed, from research for variety development, seed multiplication, commercial seed production as well as adequate quality assurance mechanisms to ensure adequate quantity of high quality seeds. “This seed fair, which is coming at the right time, will serve as a platform for creating linkages among seed producers, input dealers, farmers, research institutions and other relevant seed sector stakeholders in the seed industry. It is my belief that it will contribute immensely to the development of the Gambia,” DG Sanyang concludes.

Beneficiaries thanked the authorities for the seed fair, expressed appreciation for the support.

In the next one week, an additional 9,900 vulnerable farmers in NBR, CRR North, CRR South, URR and LRR, will receive certified seeds from the project through the regional agriculture directorates, and each of the recipients will be able to cultivate 0.5 hectares.

What Is Happening To Gamcel?

QUESTION OF THE DAY The subsidiary of the national broadband network provider is having problems in selling credit to its...
- Advertisement -
Editorial

Ageing in The Gambia: a celebration or a challenge?

Farmers in NBR Complain of Pigs Destroying their farms yields