Vendors Consult Halifa Sallah on Arrests of Their Colleagues

Executive members of the Serrekunda Market Boka Lokho Association have on Tuesday sought advice from Halifa Sallah on the untimely demise of vendor Ousman Darboe and the subsequent arrests of their colleagues.

The Public Relations Officer of the Association, Modou Musa Sowe told Sallah that they are appreciative of his mediation which brought about calm during the 24th July protest involving vendors at Serrekunda Market and youths who were expressing concern about the demise of their colleague, Ousman Darboe. 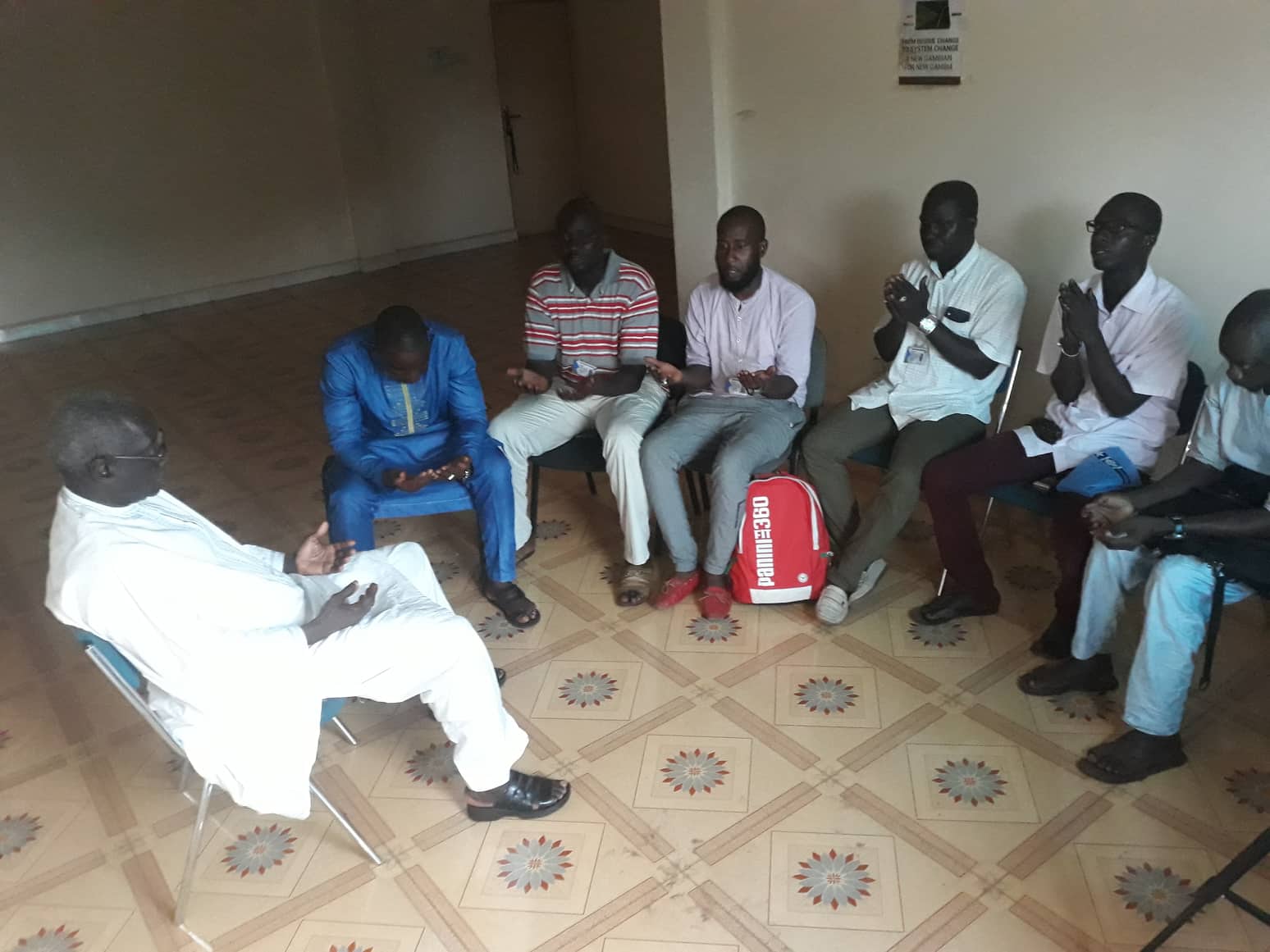 Darboe, according to the protesters, died as a result of police brutality when he was under the custody of the Anti-Crime Unit of the Gambia Police Force. The police on Saturday arrested people suspected of burning the residence of Commissioner Gorgi Mboob and Bakoteh Police Station during the protest.

“You have advised us to maintain peace and order during the protest and we adhered to your advice and today, we are here to seek your advice on our current situation,” the PRO told Sallah.

The PRO said armed police men came to the Serrekunda Market like people looking for criminals and, in that process, arrested their colleagues.

“We were all terrified because of the way the police came to the market and how they were conducting the arrests,” the PRO said.

He said they (vendors) want the authorities to hand over the corpse of their late colleague to the bereaved family so that they can perform his funeral rites.

The Secretary General, Demba Njie said the protest was not organized by the vendors, pointing out that it was a spontaneous one as people took to the streets when they heard the news of the demise of Ousman Darboe.

“If you look at the crowd, all those in the demonstration were not vendors from our market,” Njie said, adding that “we were out to maintain peace, but it was not possible to control the huge crowd.”

The SG said their Association is the umbrella body for all the vendors at Serrekunda Market. He said all vendors are registered which makes it possible for customers to trace any vendor found wanting. He added that each vendor has a card with a number which is unique to each. He said they were surprised when the police descended on the market on Saturday and arrested their colleagues.

He said the Executive of the Association went to the Anti-Crime Unit to secure their release. He said the police arrested them too and told them that they have seen them in a video.

“We were also detained and released on bail by the police. We were charged together with our colleagues for being featured in a video,” Njie said.

He said the Executive, in the morning of the day of the mass demonstration met the KMC Police Commissioner and his Assistant to discuss the allegation and it was there they got the news of the demonstration.

Halifa Sallah, the National Assembly Member for Serrekunda said freedom of association and expression strengthens democracy. He said the laws govern society for justice to prevail and also the role of the security is to ensure that there is law and order.

Sallah urged the Executive Members to go and meet the Interior Minister and the Inspector General of Police to discuss in detail what their Association stands for and the problem they are faced with at the moment.

Sallah told the vendors to follow proper procedures in the process of raising their grievances with the authorities.

He further enjoined them to maintain law and order, adding that he will do his part as a member of the National Assembly.

When Will The TRRC Submit Its Report?