By Nelson Manneh The Gambia has on Monday 10th May 2021 registered four new cases of the coronavirus, taking the total...
Read more

During his visit Mr. Richards who was accompanied by Sister Angela Rose of Aga-UK Ambassadors, convened press briefing to announce a “One Man Show”, which also featured Zenith High School students’ who made an opening poetry performance.

Attempts to meet the Gambian President and Tourism and Culture Minister during his visit proved futile due to short notice because the two were busy during the President’s nationwide tour. But a meeting was however held with the Director General (DG) of the National Council for Arts and Culture (NCAC), at their conference hall in Banjul. 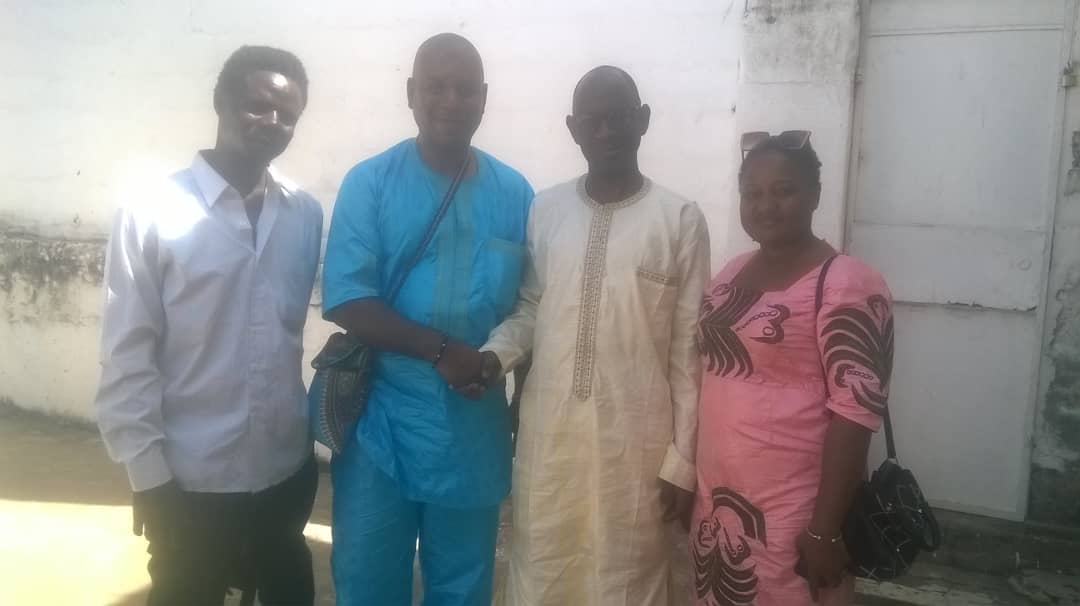 Mr. Richards in his comments explained his brief personal account and his mission to The Gambia. He also made reference to the Show he organised at the Ebunjng Theatre Hall in Kanifing, in which Zenith students performed extremely well, reciting emotional human interests’ poetries, where some shed tears.

Hassoum Ceesay, NCAC DG in his comments assured Mr. Richards of their open door policy, and recommended among others for an MOU to be signed between the two organisations as a legal backup to facilitate collaboration and partnership towards achieving their common objectives. Mr. Ceesay also recommended for the need to organise similar events with Gambian inputs, to attract a wider audience.

As follow-up to the meeting, an MOU centering on the meeting’s recommendation was signed between the two organisations dated 23rd December 2019.

The MOU among others intends to promote Poetry Education, cultural tourism promotion, building of institutional capacities of relevant actors and to conduct training with students and local artists, etc.

The spirit of nurturing and sharing cultural values among Africans and Caribbean Artists was also encapsulated in the MOU.

Also included in the MOU was advocacy for inclusion of the Poetry Book entitled: “Streets Paved With Gold”, published by Mr. Richards, into the Gambia’s School Curriculum. It was intended to serve as model to educate children about nurturing our historical values and how to benefit from our culture, by exploring poetry and storytelling documentaries; capacity building and training, etc.

Mr. Richards intends to stage a similar Show in March 2020 during his next visit to The Gambia, in collaboration with local Gambian Artists and students.

The V. Jay Theatre Productions Founder first visited The Gambia in March 2019, and sponsored the education of two Gambians.

He has purchased a Land in Sanyang village in the Kombo South District of the West Coast Region, where he intends to settle.

Impressed by his first visit, Brother Richards came back to The Gambia on 14 November 2019, during which he convened a Press Briefing at the YMCA in Kanifing on 27th November.

During the Press Briefing, he announced the ‘‘One Man Show’’ he staged, centering on the theme of his book, ‘‘Streets Paved with Gold’’ at the Ebunjan Theatre in Kanifing on the 29th November 2019.

The Show featured Poetry performance by students from Zenith High School and depicted his play and an Audio-CD that talks about the experiences of our Caribbean Ancestors, their suffering, hardship and lifestyle, after the Second World War in 1948.

QUESTION OF THE DAY It is important to emphasise that the provision of an Elections Act must not contradict the...
Read more
- Advertisement -
Editorial

By Nelson Manneh The office of the Inspector-General of Police wishes to inform the general public, that it will conduct a life firing exercise at...
Read more

The Gambia Government has issued a statement to clarify the controversy over the payment of two hundred thousand dollars ($200,000) to past and present senior officials...
Read more

The Gambia Press Union is appalled with the news of physical harassment and verbal assault meted out on one of its members, Yankuba Jallow,...
Read more

By: Kebba AF Touray The Public Utilities Regulatory Authority (PURA) has called on all tanker trucks carrying petroleum products that do not possess license, to...
Read more
FOROYAA Newspaper is your premier Gambian community portal delivering news on politics, legal affairs and more. We provide you with the latest breaking news and videos straight from The Gambia and the rest of the world.