URR Farmers Worried About Disease Outbreak On Their Farm Animals

Farmers in URR are worried about a disease outbreak on their farm animals in particular equines (donkeys and horses), which is their main source of power during cultivation on their farms.

The animals are also their means of transportation.

Farmers in the area explained that this is not the first time they experienced the said outbreak. They said some years ago, the same type of disease outbreak happened but it was not as serious as that of this year. The farmers claim a good number of their horses and donkeys are dying because the outbreak affects equines. They urged Government to step in and assist them otherwise they may experience constraints during this year’s farming season. They said even those animals that survived the disease can be rendered useless due to the time it takes them to recuperate. 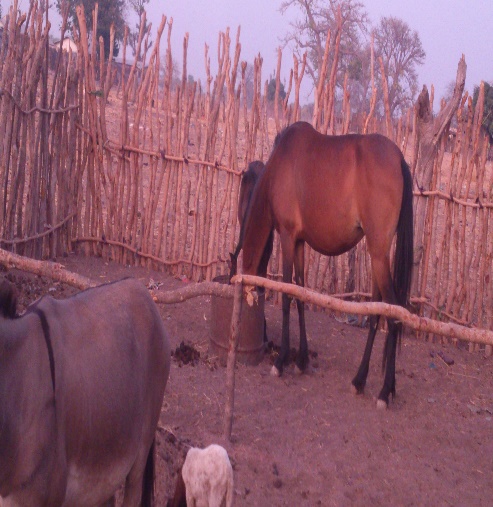 Dr. Sanjally Conteh, Regional Director for Livestock Management and Welfare in the Upper River Region confirmed the outbreak of the disease in the Region, pointing out it is called “Equine Influenza” which affects both horses and donkeys but more so donkeys, than horses. Dr Conteh added that the disease is airborne. He said for horses, it is their young ones between the ages of one day to five months that are seriously affected.

Dr. Conteh further went on to identify the signs and symptoms of the said disease which he said are fever, cough, nasal discharge and lack of appetite and weight loss.

“We give them symptomatic treatments from the onset of the disease and advise them to rest their animals for a minimum of fourteen days without work. We advise farmers to keep their animals from dust during this period,” said Dr. Conteh.

Dr. Conteh said blood samples have already been collected and sent to Dakar for laboratory tests to confirm the type of equine influenza that affects the equine population in that region; that the Regional Livestock Directorate conducts radio programs to sensitize the farmers about the disease and the measures they need to take to control it. He underscored that farmers in the Region have been advised to make first contact with Livestock Officers close to them when they see any anomaly. He noted farmers in the region have been told to see only professional veterinary officers to deal with their animals.

Dr. Conteh concluded that the same kind of disease appeared in rural Gambia sometime in 2009, and was not limited to URR but almost all other regions except the West coast Region.