Investigators and Researchers of the Truth, Reconciliation and Reparations Commission (TRRC) have on Wednesday exhumed the corpses of seven soldiers who were executed during the reign of the APPRC military junta.

The remains of the former Gambia National Army personnel were exhumed at the Yundum barracks barely two weeks after investigators dug several parts of the military installation in search of the vestiges of the fallen men who were executed by members of the junta and their orderlies. 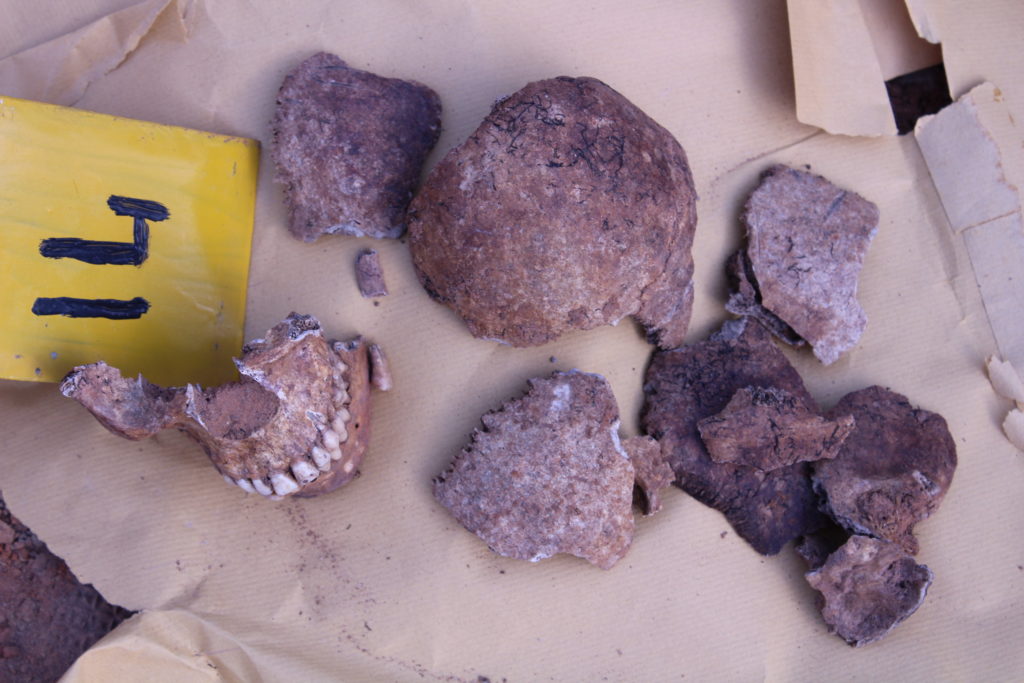 The executed soldiers include Lieutenants Gibril Saye, Basirou Barrow and Abdoulie ‘Dot’ Faal, Sergeants Fafa Nyang and Basirou Camara, Cadet Amadou Sillah, Buba Jammeh among others. Witnesses who appeared before the TRRC said the military men were been executed at the Yundum and Fajara Barracks as well as at the Lance Corporal Bojang range where 11 men were gun down. Testimonies have it that over 20 soldiers were executed during the foiled coup attempt by the military government under the chairmanship of Yahya Jammeh.

In his presentation of their findings before the Commissioners and family members, Superintendent Thomas R.J. Gomez said so far, after two weeks of digging into the purported mass graves, they were able to discover the remains of seven among the lot. He stressed that the investigation would continue until they discover the remains of the others.

The remains discovered included; teeth, skulls, legs, under wears, ropes used to tie them, other small bones among others.

The next step according to the TRRC officials would be to engage forensic experts in identifying the remains recovered.

The presentation was done before the family members of the demised soldiers and officers.

Sittings continue today whilst the exhumation also continues at the Yundum Barracks.