The trial of four activists continued yesterday, June 5th at the Brikama Magistrates’ Court presided over by Magistrate Omar Cham. 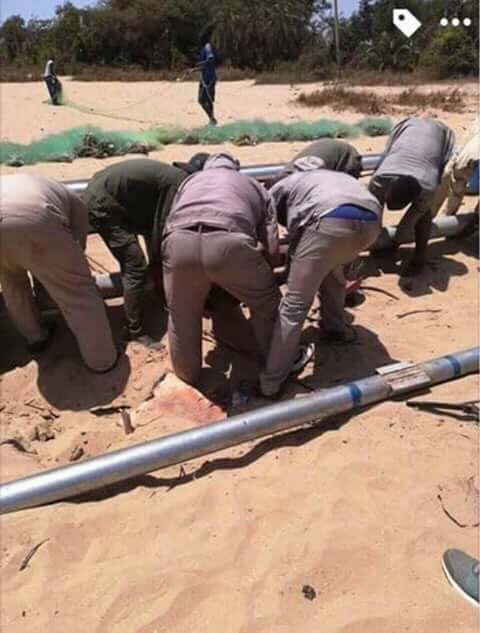 The four activists who were not represented by a legal practitioner are charged with the following THREE counts:

(PW 1) in the person of Mr. Bakary Darboe.  He told the court that he is a native of Gunjur and that he is the General Manager of the Golden Lead Import and Export Company Ltd.

Asked what the said company does, the witness informed the court that they are into the business processing fish into fish meal and fish oil respectively and that they have employed 80 natives of Gunjur.

PW1 said prior to the Golden Lead operations in Gunjur, their management together with one Mr. Dibba of the National Environment Agency embarked on an assessment study at two similar factories in Senegal and Mauritania respectively.

“The primary intentions of our visit was to ascertain how those factories managed their waste products and we realised that the said two companies discharged their waste directly into the Atlantic Ocean,” PW 1 stated.

He said upon their return to The Gambia, they also “thought that they could do the same thing since it is the same Atlantic Ocean” and that is why they (Golden Lead) too connected pipes to discharge their waste into the Ocean.

He admitted that after some time, the NEA recommended that they should put in place a standard and a functional “treatment” plant before continuing to discharge waste into the Ocean but they (Golden Lead) failed to meet this requirement and then they were dragged to court by NEA and charged with 4 counts of offence.

PW 1 testified that during the course of the hearings, the NEA withdrew the case but he failed to state the reasons for such a move.

The case was subsequently adjourned till 19th June at 10.00am.