Three civil society organisations have written an open letter to the government claiming that they have denied victims and survivors under the former Jammeh administration justice.

ANEKED, the Victim’s Centre and the Solo Sandeng Foundation claim that the withdrawal of the case against eight former NIA operatives charged with participating in unlawfully burying Solo Sandeng tantamount to lack of political will in pursuing justice. They regard the actions of the government to be inconsistent. “This new setback in the fight against impunity, is the latest in the long series of delaying tactics by the Government,” the release asserted.

As far as they are concerned, “…truth alone is not enough! Separating the promotion of reconciliation from the promotion of justice simply undermines both. The prescription for the TRRC [the truth commission] to be the only option for victims to seek redress raises concerns for notable reasons.” 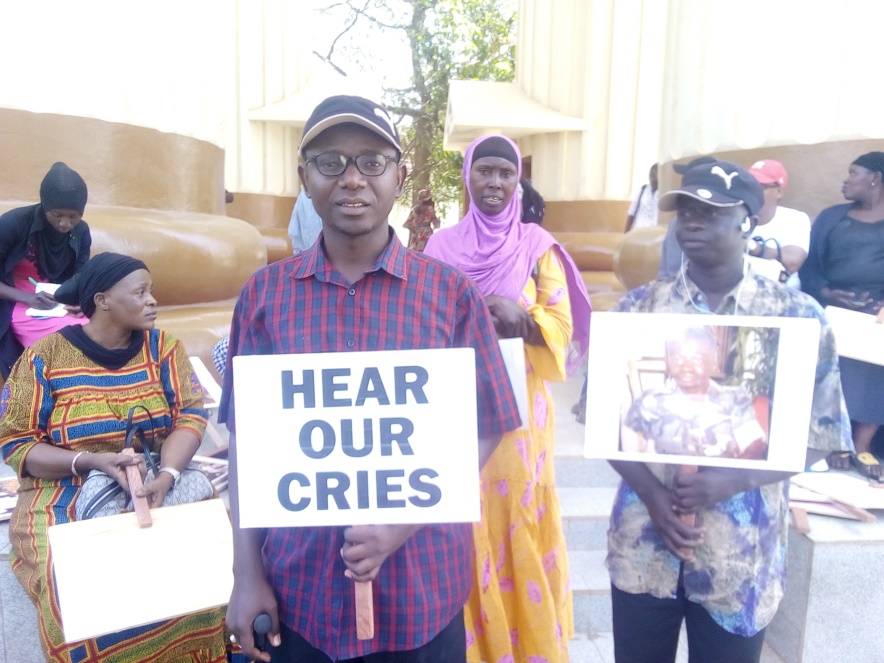 They asserted that there are enough funds from funding agencies to build the capacity of the judicial system and proceed with the trial of alleged perpetrators of crimes against the victims and survivors under the former Jammeh administration.

The three CSOs made the following recommendations:

The release concluded thus: “The government needs to show the victims that it has the political will to take these actions and lack of capacity or resources are not acceptable or justifiable anymore. The pain suffered by victims will simply not be disappearing anytime soon if justice is not served.”

Foroyaa will get in touch with the government and the TRRC to get their take on this.

By Mustapha Jallow Five soldiers and one civilian have been detained by Gambian authorities without their appearance before any Court of Law for trial. This...
Read more

By Nelson Manneh Employees of the ‘Banjul Breweries’ Company have renewed their call for Government to intervene to ensure that their rights are respected by...
Read more

By Hatab Nyang A delegation of Commissioners of the National Human Rights Commission (NHRC) led by Emanuel Joof as the Chairperson, on the 15th of...
Read more

Twenty years on: April 10 victim continues to demand for justice

By Yankuba Jallow Abdou Karim Jammeh, a victim of 10th April 2000 students’ massacre by security forces, said they will continue to seek justice for...
Read more
FOROYAA Newspaper is your premier Gambian community portal delivering news on politics, legal affairs and more. We provide you with the latest breaking news and videos straight from The Gambia and the rest of the world.