The Untold Story OF Youths In Berending Championing Agricultural Production

Agriculture is not a go-to adventure for most Gambian youths. The sector still remains the main contributor to the country’s annual wealth generation, yet the workforce is mainly elderly populated.

Most agricultural production takes place in rural Gambia yet many youths migrate to the urban settlements thus compounding the agricultural condition as less workforce would be available to participate in agricultural activities.

According to a report on migration by International Organization for Migration (IOM) in 2017- featured on its 2019 Mobility Assessment on Internal Migration, 76% of rural-to-urban migrants are between the ages of 15-44.

But in what is a rare attribute associated with Gambian youths, youngsters in Berending have stepped forth to change that rather unfortunate narrative.

Berending, a village in North Bank Region (NBR), is about 17km from the Gambia’s capital, Banjul.

A cluster of youngsters in the village felt it pertinent to come together and clinch onto agricultural productivity in a bid to participate “in national development through agriculture and its related activities.”

To accomplish their primary aim, they established a group in July 2013 dubbed Berending Youths and Agricultural Association (BEYAA).

Already, the association has registered with the Attorney General Chambers at the Ministry of Justice and with the Department of Community Development at Kerewan.

The community based youth-led association “is committed to community building through agricultural activities and advocacy for self-food security and poverty eradication engages in the buying and selling of agro products.”

And in 2020, they cultivated a 1.5 hectare maize farm and they are planning to sell the produce and buy some rams to rear.

Abdoulie Bah is the Marketing Manager of the association. Bah said they consist of youth under 30 years old.

Mr. Bah, also known as Lie Bah (the Lie is short for his first name, coined from the last three words), said they believed that the Government alone cannot solve the problems of the country.

“We the youths have to be innovative and play our quota in building the nation,” he said.

The association is not financially strong, so the executive initiates ways to explore possible avenues to generate funds.

One such initiative is being coordinated online via Thundafund- South Africa’s leading online Crowdfunding marketplace for innovators.

Crowdfunding is an online way of raising capital (and a crowd) to realise exceptional ideas, Thundafund stated in its website.

They are seeking financial support of $1000, an amount they intend to use and buy “various agricultural equipment, seeds and protective herbicides.”

Lie Bah said they don’t have a definite timeline of closing the fundraising until they reach their targeted goal. 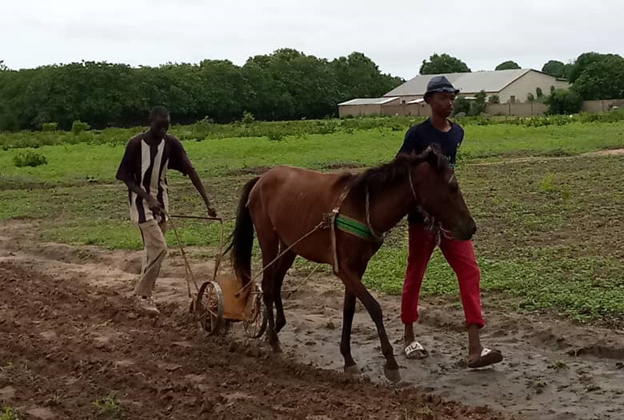 Like most budding associations in The Gambia, especially that receives less or no support, the challenges they grapple with are usually many. Financial constraints always top the list.

BEYAA could not accomplish some of its targeted plans due to lack of funds, Bah told Foroyaa.

But despite the unintended constraint, Bah said they succeeded in keeping the association to be alive and kicking, up and running since 2013.

They are now expanding their tentacles- a move Lie Bah said cannot be accomplished without sufficient funds.

Having a land is momentous to their mission and they are happy to have one.

However, part of their investment areas is poultry production; agroforestry and animal husbandry which need help.

Lie Bah told Foroyaa that their association does not have readily available members who have the necessary technical-know-how in some of the abovementioned areas they want to invest in.

“We need both technical and financial support from both the Government and non-governmental organizations,” he pleaded.

Being alive for over 7 years brought success stories too.

“As I am speaking to you, two members of the association are undergoing training at Shanghai Agricultural Training Institution,” he said.

The Shanghai Agricultural Training Institution is situated in Chamen.

At the inception, the association had 11 members. Seven years on, they are at least 60, according to their Farm Manager, Modou Jallow.

Jallow added that three (3) of their members are attending the Shanghai Agricultural Training Institution. And this year, they were able to cultivate 1.5 hectares of maize farm.

Sadly, BEYAA is yet to receive any form of support from the central government. 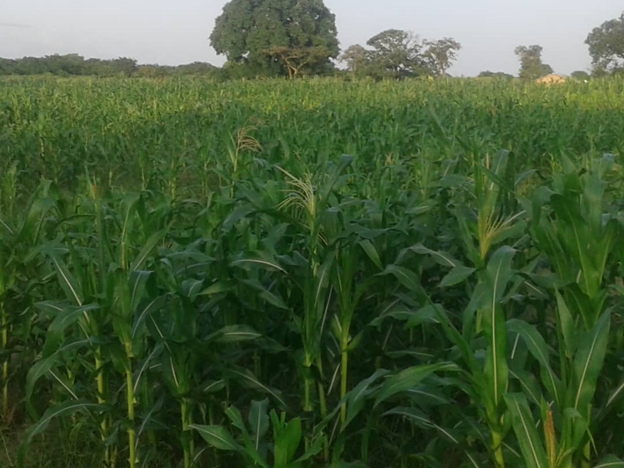 Why Agricultural Apathy Among Youths?

Bah believed that the reason for youth apathy in agricultural productivity in The Gambia is based on twofold.

He said the lack of motivation and incentives from the government is one of the reasons.

He further said the widespread misconception within and among the youths that one cannot alleviate oneself from poverty through agriculture is another reason.

He said they assume that agriculture is meant for the poor.

Bah proposed that the government needs to reorient the youths in various areas of agriculture and provide advice for them to invest in lucrative areas of the sector.

“Our association wants to be the leading and exemplary association in both the community and country in diversifying agriculture, that’s y we’re different,” he added.

Farm Manager Jallow, like Lie Bah, believed that the government has not done enough to entice the youths to engage into agricultural productivity.

He added: “There is lack of motivation from the Government to encourage youths to take part in Agriculture.”

By Mustapha Jallow The 2nd International Professional Women Conference (IPWC) under the aegis of Society of Women in Taxation (SWIT)...
- Advertisement -
General News