By: Sulayman Bah Fond memories of his brutal annihilation of Liberia still linger. The year was 2008 and the fixture a...
Read more

By: Yankuba Jallow The Ministry of Justice said on Friday that a bill for an Act to promulgate the Constitution...
Read more

Kebba Taylor is a musical genius, multi-instrumentalist, producer and composer, who learnt how to play musical instruments from his...
Read more

Speaking to the press after meeting VP Darboe, the task-force officials disclosed that the meeting was to give him first-hand information on the constraints of teachers in the profession and the way forward. The Teachers Task Force indicated however, that they are not convinced with the outcome of their meeting with VP Darboe, and as a result, the sit-down strike will continue. The Vice President was not pleased with the insistence of the teachers strike action. He is reported to have told the delegation of government’s plan to terminate the services of teachers who continue strike action till 28 September 2018.

The Task Force leadership expressed disappointed as they were expecting solution not stern warnings. “He who feels it, knows it. And from the two hour meeting we had with the VP, we are not convinced that our demands will be met. As a result of this, our indefinite strike will continue until our demands are met,” they said. 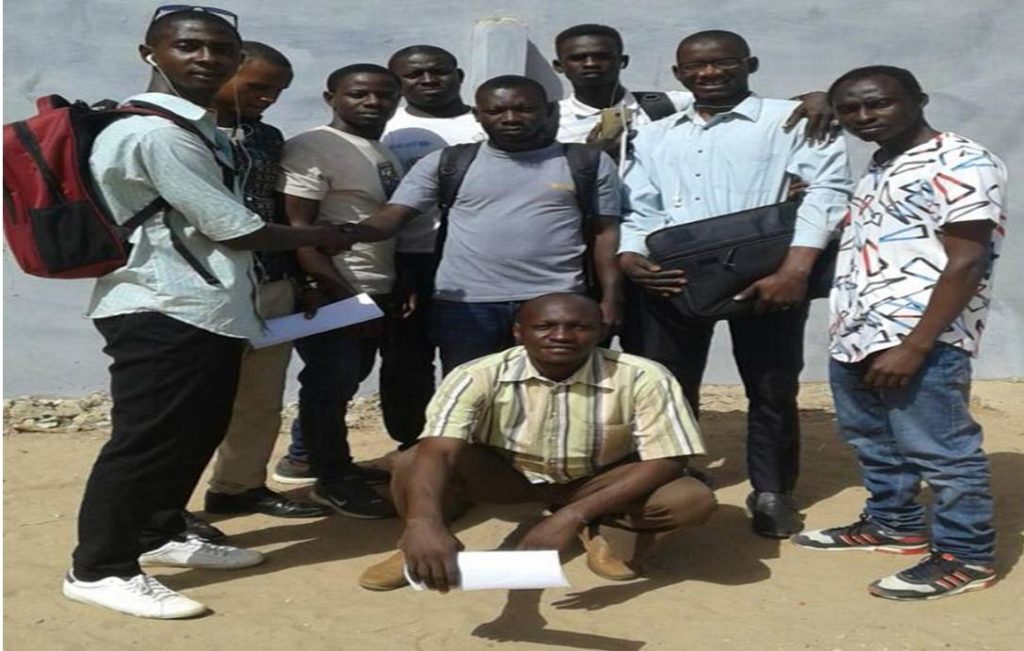 Alhasan Ceesay, the PRO of the TFC explained that after a series of engagement with the authorities they believe should address their issues, the engagements yielded no dividend; that they have no other option but to embark on an indefinite sit-down strike, as a strategy to alert Government to address their demands.

“Teachers have been patient for a longtime, after engaging GTU and MOBSE to take our demands as genuine, to no avail. Now we have decided to sit down until these demands are met,” PRO Ceesay indicated.

Pa Musa Camara, the PRO of the Network of Mission Teachers made similar remarks. Camara expressed disappointment with both GTU and SESCO, for not taking the issues of the Mission Teachers seriously.

“Mission teachers, are being deducted and the deductions put in savings for them. But even a penny is not reflecting in our savings account,” Camara said.

On his part, Babucarr Janko, the Chairman of the TFC task-force said the salaries of the teachers are too low for a breadwinner.

Ismaila Manga also a member of the Executive said: ‘‘We are in a sit down strike until our demands are met by authorities.”

On his part, VP Darboe told the Teachers that he has engaged MOBSE and GTU on the issue, in order to provide solutions to their demands.

On salary increment, Darboe told the teachers that their salary cannot be increased alone, without increasing the salaries of other sectors in the civil service from benefiting; that they should reconsider the issue and return to their Schools to teach.

The Teachers said they told VP Darboe that the recent increment of transport allowance should commensurate with the provincial allowances, and a drawback should be paid to them dating from January to September; that VP Darboe told them that issue has been tackled and teachers will get their provincial and residential allowances with drawback, from July.

“On our demand for ID Cards, VP Darboe told us that the number of teachers in the country is just too large, and so the Ministry needs time to deal with matter. And because of our number, it will even be difficult for MOBSE,” TFC PRO explained; that VP Darboe told them that Trainee Teachers are not allowed to be posted in hardship zones unless under request, because World Bank funding does not cover them.

“I am appealing to the teachers to go back to School and focus, and in due course, your matters will be addressed. As teachers, you need to be committed in doing your work as Gambians,” VP Darboe concludes.

By: Sulayman Bah Fond memories of his brutal annihilation of Liberia still linger. The year was 2008 and the fixture a...
Read more
- Advertisement -
Legal Affairs

By: Yankuba Jallow The Ministry of Justice said on Friday that a bill for an Act to promulgate the Constitution of The Gambia 2020 and...
Read more
Arts & Music

Kebba Taylor is a musical genius, multi-instrumentalist, producer and composer, who learnt how to play musical instruments from his father and uncles. He epitomizes his...
Read more
National

By Mustapha Jallow Residents of Salagi, a settlement on the outskirts of Sukuta will on Monday hold talks with the Gambian Government over the Salagi...
Read more
National

Seventy-two percent of Gambians supported the need for a new constitution and are satisfactied with the performance of Constitutional Review Commission (CRC). A new nationwide...
Read more
- Advertisement -

By Nelson Manneh The Village Development Committee (VDC) of New Yundum have on behalf of their community demanded for the Government of the Gambia to...
Read more

Foroyaa asked Halifa Sallah what message he has for Africa Liberation day and he responded as follows:

QUESTION OF THE DAY “ The last message I sent to the organisers of the programme I attended on Africa Liberation Day is fitting to...
Read more

By Yankuba Jallow & Makutu Manneh The residents of the Brufut have been pursuing communal land which the Janneh Commission recommended to be returned to...
Read more

QUESTION OF THE DAY According to the Epidemiology and disease control unit of the Ministry of Health, 25 persons have tested positive.18 have recovered and...
Read more
FOROYAA Newspaper is your premier Gambian community portal delivering news on politics, legal affairs and more. We provide you with the latest breaking news and videos straight from The Gambia and the rest of the world.