Welcome to another Edition of Arts and Culture, the Column that seeks to promote Arts, Music and Culture in the Gambia. In this edition, we will feature Gambian Afromanding Kora star, Tatadindin Jobarteh, who is set to release his last studio album “KANO” online, and will be made available on all digital platforms from Thursday May 2nd 2019. 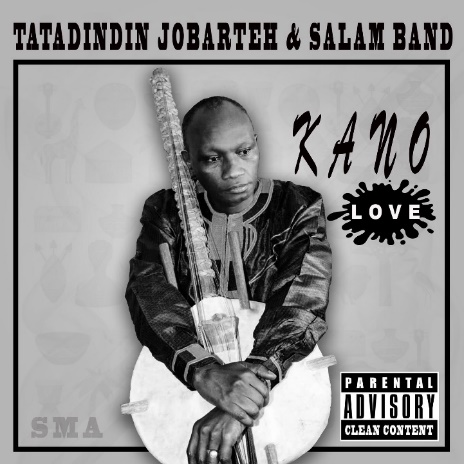 The production and background music on this Album are backed by Salam Band. This is Tata’s sixth studio album and was originally released in April 2017.

Dubbed the “Jimi Hendrix of Kora”, Tata battled with illness for some time over the last two years, and this resulted to the amputation of one of his leg, below the knee. This illness did not deter the famous Kora maestro, but in fact reignited renewed energy and vigor of talent, which he manifested in the album. ‘KANO’ meaning Love in Mandinka, is also the lead track of the album. The song advocates for unconditional love for persons with any form of disability.

Tata said the Album is very special dedication to himself because it contains songs that relates to his life when he was sick for a long time; that during his recovery period, KANO was the first song he composed and the lyrics of the song talks about his personal identity as an amputee below his knee; that despite being physically disabled now, does not mean he is unable or mentally disable, and gives all thanks to God for putting him in this situation.

In the typical Tatadindin style, the Album comes with songs on social advocacy and commentary, to traditional praise singing. ‘SATEBA’ or Brikama the West Coast Regional capital, is the home of Tatadinding and the Salam Band. In the song Tatadindin praises his roots and the Wards Brikama is made of.

After the 2016 political impasse in the Gambia, tensions were high and the need for unification could not have been greater. Thus, the track ‘KAIRO’ on the Album and this means peace. The track which last for three minutes, saw the Kora maestro praying to God and appealing for Gambians to embrace each other and avoid conflict. His call for dialogue, understanding and harmony makes the song a powerful track with direct reference to the country’s ongoing Truth, Reconciliation and Reparations Commission (TRRC).

The track ‘Political Difference’ borrows a leaf from the country’s National Anthem, and addresses the need to tolerate and respect each other’s political views. This track cannot come at a better time, when the Gambia has seen a sudden shift in political status quo and uncertainty. The Kora maestro calls for all the tribes in the country to unite and avoid politics to cause division among them.

Commenting on the release, the artist himself said: “I believe my music should be accessible to all my fans anywhere in the world”.

The Album is said to be distributed by ‘Jaalolu’ Music Publishing, in collaboration with ‘Nyancho’ Entertainment.