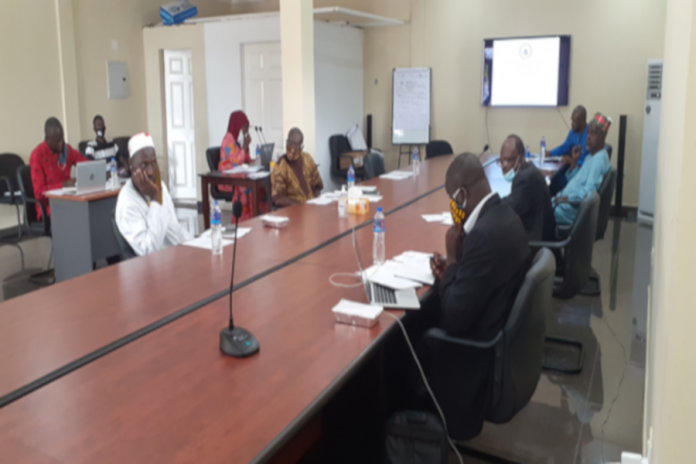 The National Human Rights Commission (NHRC) has created a Task Force that would look into caste conflicts in Upper River Region (URR) and proffer lasting solutions to the seething problems affected communities are grappling with.

The Task Force on Caste System in URR brings together representatives from key Government Ministries and the Supreme Islamic Council who have the legal and policy authority, and the moral duty, to ensure individuals do not violate each other’s rights as well as contribute to the creation of  protecting, enabling and non-discriminatory environment for all The Gambia.

The Rights Commission on Thursday 3 September, 2020 at its Secretariat in Kotu stated in its Zero Draft Terms Of Reference that they are aware of the caste conflicts which have taken place in the Kantora District of URR and other parts of the country where the practice is evident, and the physical assaults which those referred to as ‘slaves’ have been subjected to.

“In fulfillment of its mandate, the Commission also plays an advisory role to the Government on how to more effectively guarantee human rights. Thus, the Commission sets up this Task Force to come up with appropriate and durable strategies for the State to be able to address the caste conflicts while ensuring that the human rights of all are respected, protected and fulfill,” the Commission stated.

The Commission also stated that The Gambia, as a state party to many international and regional human rights treaties, including the Convention Against Racial Discrimination, CEDAW, ACHPH and ICCPR, has the obligation to respect and protect the human rights of all, in particular to ensure that no one is discriminated against on the basis of tribe, social status, disability, religion, language, etc.

It further said differentiation of people into ‘slaves’ and ‘nobles’ based on strict hierarchical social system, social status or nations of ‘purity’ and ‘contamination’ goes against the basic principles of universal human dignity and equality, and violates the 1997 Constitution  and human rights treaties The Gambia has ratified.

“The Commission’s monitoring visits revealed that people who are referred to as ‘slaves’ in the communities visited are often assigned to perform certain work which are often deemed ‘polluting’ or menial by others, including manual labor for their ‘masters’ , slaughtering of cattle, and blowing horns to announce village meetings,” the Commission said.

The Specific Responsibilities of the Task Force include:

2.      Examine the recommendations of report submitted by the NHRC to the National Assembly Standing on Human Rights Matters (dated 8th January, 2020)

3.      Suggest strategies through which the caste system and caste conflicts could be resolved and eventually eradicated in the country

4.      Suggest recommendations to the Government and the NHRC

5.      Develop a work plan to address the issues of the Caste System in the URR and other parts of the country

Membership of the Task Force should include representatives from the Ministry of Interior, Ministry of Justice, Ministry of Lands and Regional Government, Supreme Islamic Council, National Assembly Standing on Human Rights Matters and three from the NHRC.

Meanwhile, during the sitting it was hinted that the civil society organizations be added into the task force. The commission is looking into that matter and the representative is likely to come from TANGO- the umbrella body non-governmental organizations.