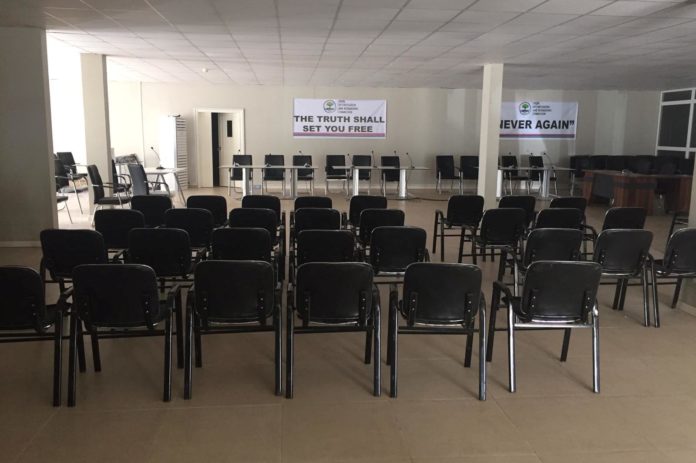 The witness testified that he was part of the 7th batch which included people from Senegal, Guinea Bissau, Mali and other countries.

The witness told the commissioners of the TRRC that he was diagnosed with AIDS in 2008 at the Bijilo Clinic and at the Medical Research Council (MRC) in Fajara. He said when he was diagnosed, he was advised to be taking antiretroviral drugs. He added after taking the drugs, he was fit and healthy.

The witness said when he was tested positive, he decided to join the former head of state’s alternative treatment to be cured, but in the end he found out that it was fake.

The witness disclosed that during the course of the treatment, they were asked to take 4 passport size photos in 2009 and this time it was so popular and even had to wait till 2015.

He said when the program started newly, there were many people from Guinea Bissau, Mali, Senegal and Malawi respectively who joined them.

He said he has never met former President Yahya A.J.J. Jammeh in person, adding he was treated by some people who to administered the concoction on them.

The witness said ex-President was assisted by one Lamin Jatta, one Jawara Touray, Dr. (Tamsir) Mbow and some Cuban Doctors.

The witness said after he was discharged from the treatment programme, he began having health complications including difficulty to swallow food and he was eventually diagnosed with fungal infection in his mouth and tongue.

He told the Commission that when hr returned to the treatment centre with the complaint, he was told the treatment was complete and the President cannot provide him with answer to his question.

According to the witness, after the treatment programme, the Doctors at the Hands on Care Clinic were scared because his health condition was serious and they instructed him to be taking 3 drugs in the morning and evening.

Apart from the health complications, the witness said he has also lost his job which is all caused by the President’s HIV/AIDS Alternative Treatment Program.

“Before joining the presidential treatment program I was healthy but when I joined the program, that’s where all my problems started and I developed ulcer, anaemia and diarrhoea respectively,” he said.