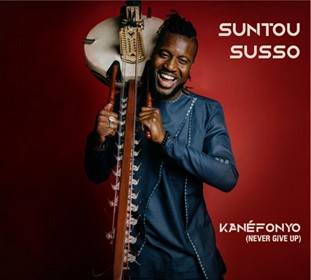 Welcome to another edition of Arts and Culture, the Column that seeks to promote arts, music and culture in the country.

The new song composed by the multi-instrumentalist is out to inspire people not to give up on dreams no matter the difficulties they are facing.

Kanefonyo is a mandinka word meaning ‘never give up’ and Suntou’s song talks about how one should not allow one’s failures and disappointments to stop one from achieving their dreams.

The album launch, which took place in London on Friday 25, March 2022, with support from Modou Touré from Senegal and Gambian musicians Abou Chambu Mbye, Jalex Touray and Jally Kebba Susso.

Two years ago, Suntou travelled to The Gambia to begin recording his first independent album, which he later completed in the UK.

“The album talks about how we should not give up on our dreams and ambitions, and that failure and disappointment should not stop us from achieving our dreams. It is important to keep pushing and never give up as success often comes with so many difficulties along the way. Do not let anyone discourage you, maintain your focus, and one day you will reach your goals,” he said

Suntou Susso is a multi-instrumentalist who uses the Kora and drums to sing. He composes and produces his own music.

Suntou composes, arranges and produces the album himself before and during the pandemic lockdown with musicians from both Gambia and the UK.

Born to a griot family of over seven hundred year old tradition, the Kora-harp-lute with twenty-two strings, is unique to the griots of the Mandinka language grouping. Griots have a unique societal role as oral historians who transmit and preserve people’s culture through generations, in song, music and poetry.

Suntou’s family includes some of the world’s most well-respected West African musicians. His musical abilities are outstanding, perhaps unique for his generation, and is among the most in-demand and charismatic performers who attracted attention as soon as he arrived on the UK music scene. 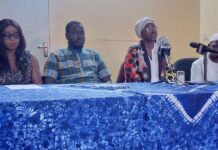